When The Dollar Caught COVID

As an expat living abroad I command a permanent front row seat perspective on what happens with the U.S. Dollar. And it’s for no other reason than the fact that I earn in Dollars but mostly spend in Euros. Which means that the EUR/USD exchange rate in particular is something I am confronted with constantly, whether or not I actually intend to. 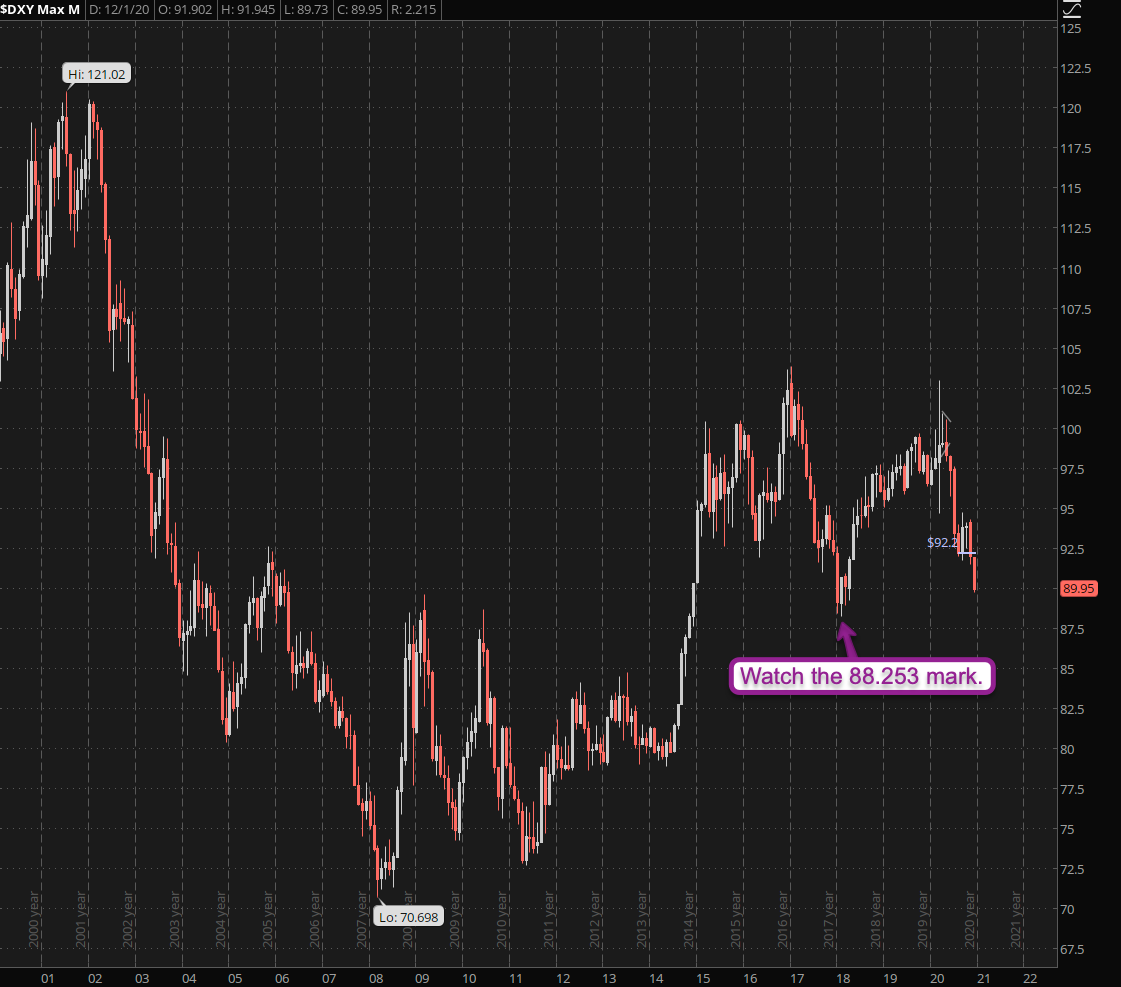 So it’s not surprising that I have been rather dismayed by what has transpired across all USD related cross pairs throughout 2020. The long term chart tells the story and the words Dollar free fall come to mind.

Of course the long term perspective also shows us that things used to be a lot worse back between 2004 an 2008. Those were different times of course, before the Eurozone went through multiple rounds of crisis and the Euro had to be rescued several times.

In fact you may be surprised to learn that the Euro has spent over half of its entire existence in crisis/rescue mode. Which casts quite a bit of doubt as to its continuous strength vs. the greenback.

But as with everything in life, appearance is everything and as long as the market is bearish the Dollar and bullish the Euro one would be a fool to bet contrarian. 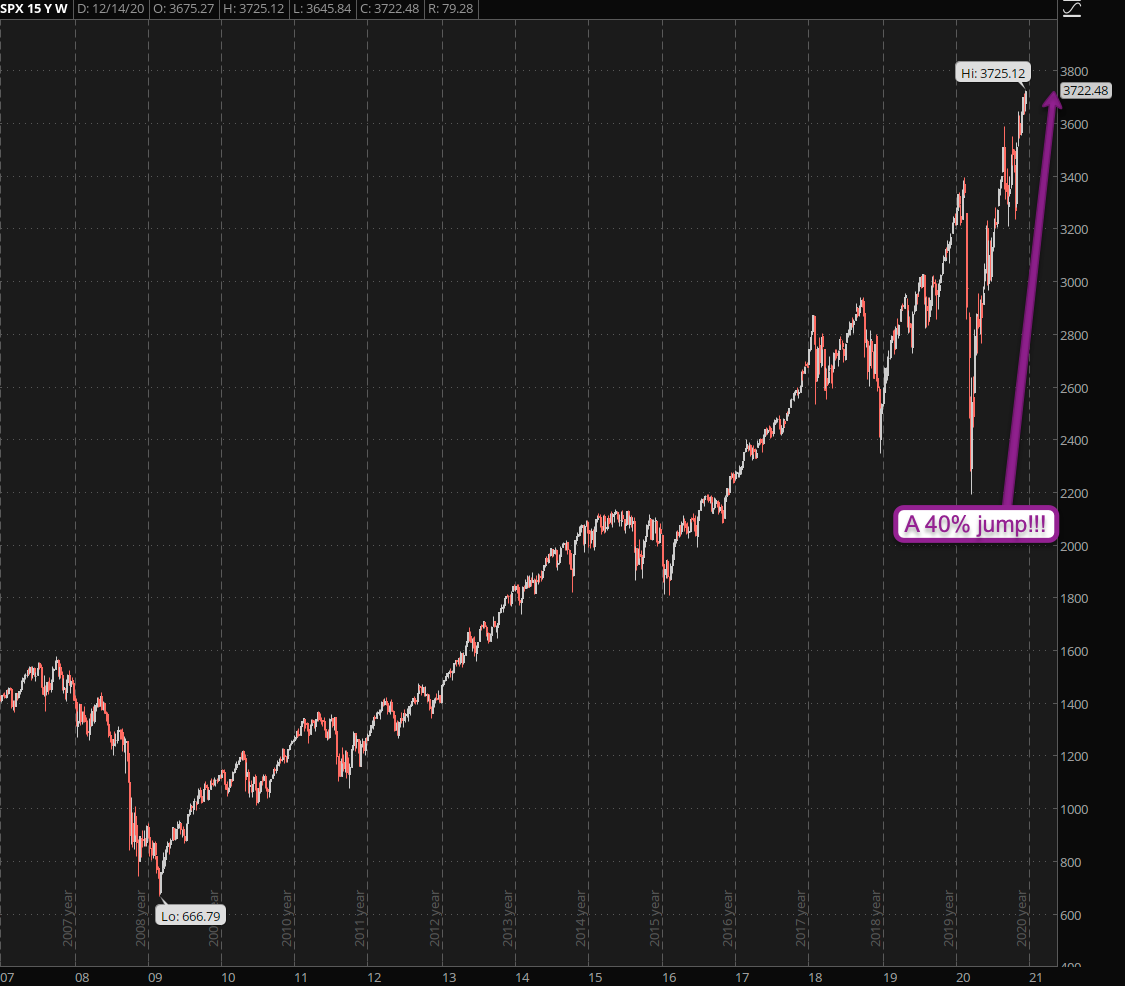 Since we’re heading toward the EOY 2020 I wanted to post a long term chart of the SPX just to drive home a point. A lot of older dogs like me still remember the ‘wild days’ of 2008/2009 when we all were made believe that the SPX would be to to drop to single digits.

But in comparison with 2020 the ‘big crash’ of 2008 is actually looking quite puny and it’s for a reason. While things may have been scary back in those days – before several multiple helpings of quantitative easing by the Fed – this new generation of market participants witnessed the biggest global transfer of wealth ever recorded.

We are all slowly are coming to terms with not just an entirely new marketplace, but with a completely new economic reality that will undoubtedly affect the lives of hundreds of millions of people. Some for the better, but most for the worst. 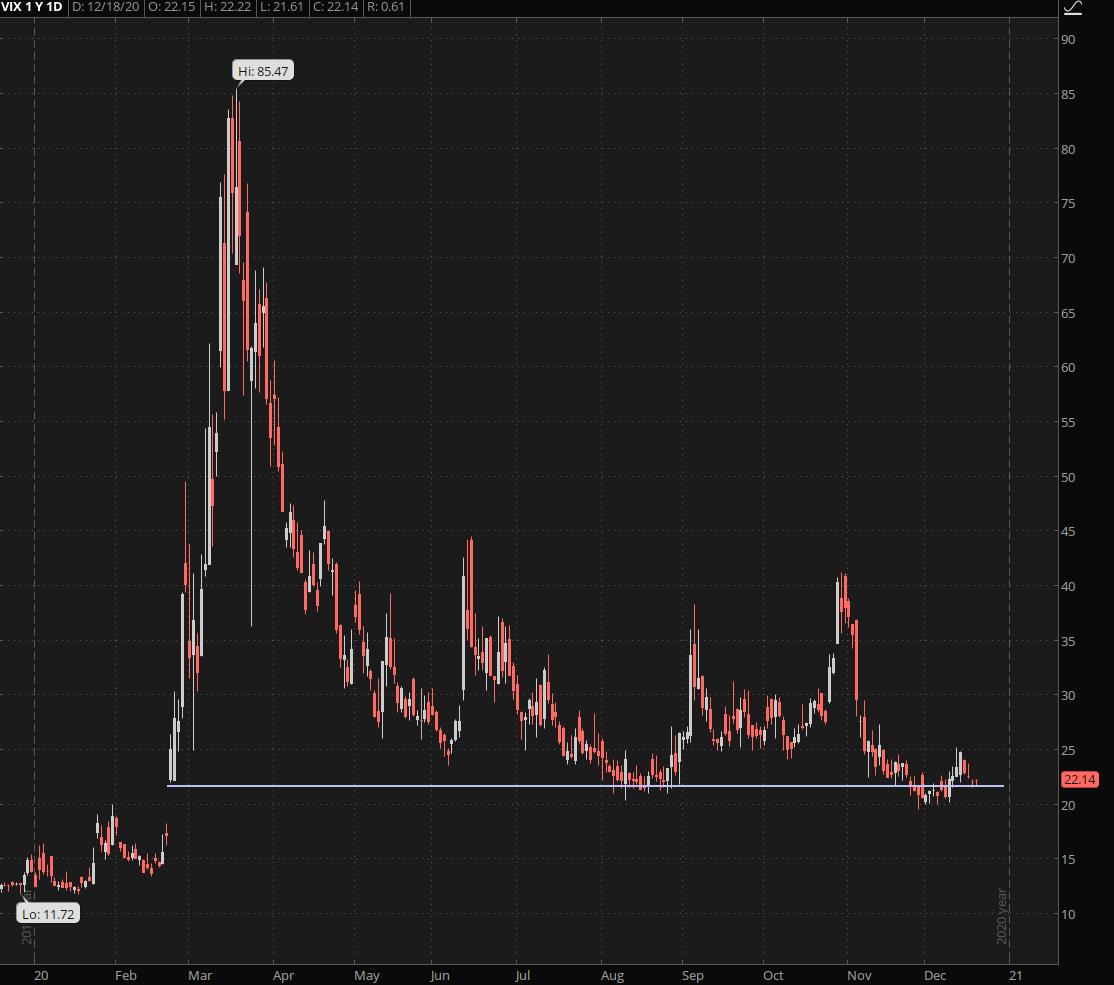 This ‘new normal’ of course comes with a toll and it is a constant sense of dread and fear of the future. This is not something we ever experienced back in the 20th century and to be honest I often thank the Lord that I was born during saner times and thus was able to grow up in the context of relative normalcy.

The growing sense of unease, uncertainty, and insecurity may be one of the reasons why the VIX is still holding way above the 20 mark after a face ripping rally that pushed the S&P 500 by a whopping 40% in under 9 months. 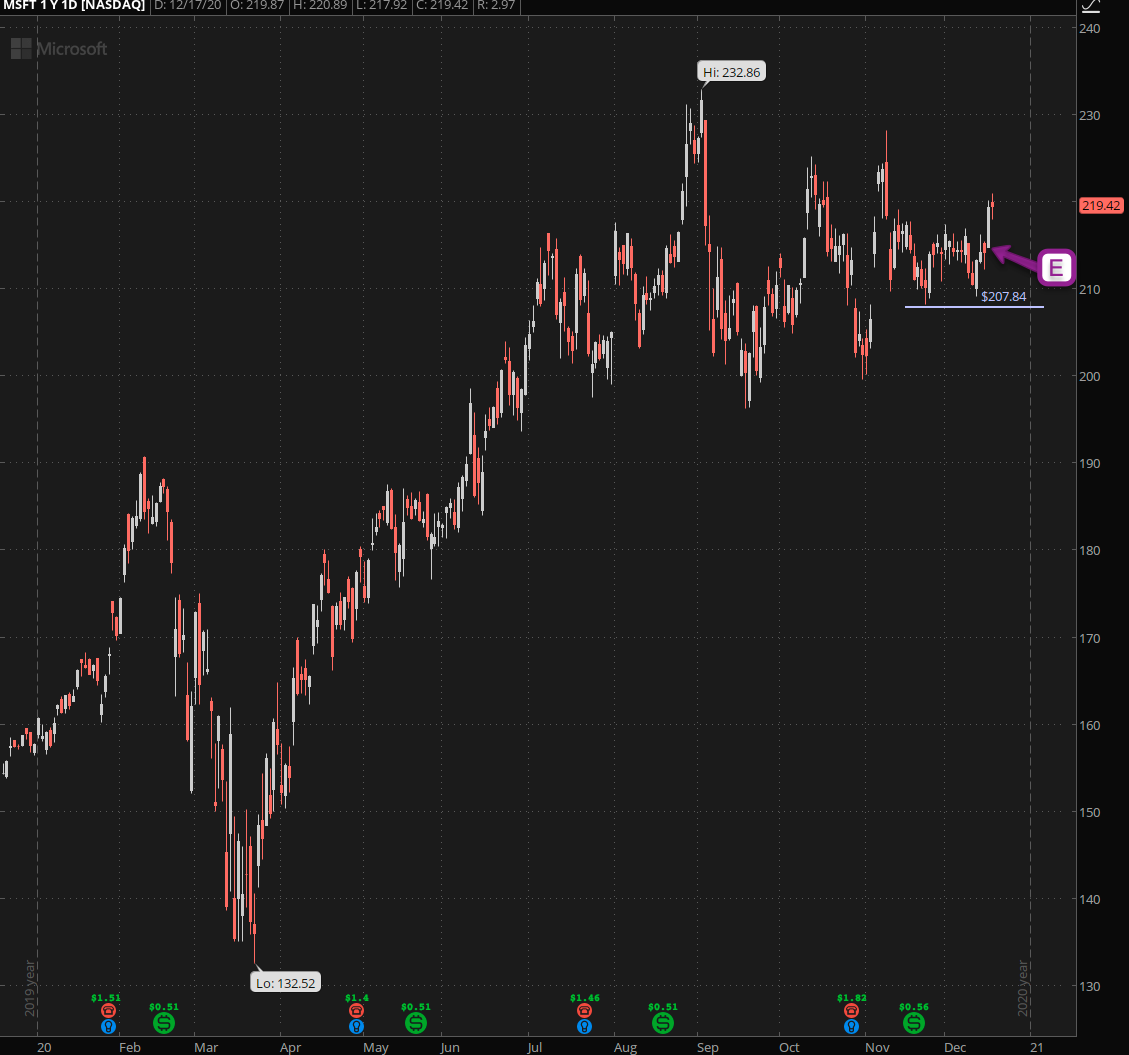 On a more lighter side the big tech entries I was pimping the other day seem to be off to a good start. Here’s MSFT which appears to be gunning for its recent spike high. The E marks where I suggested a long position. 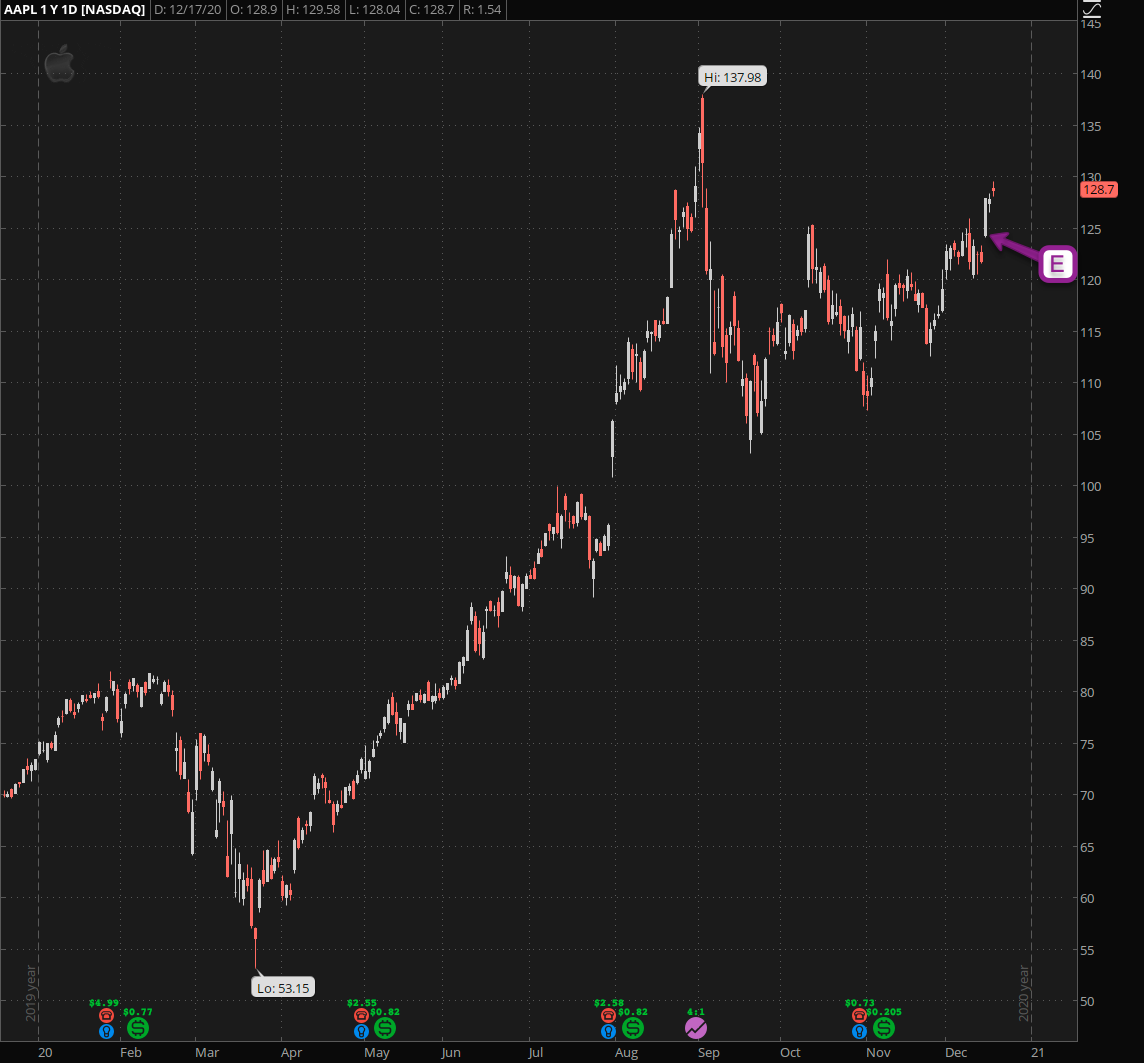 AAPL also on a roll again and although it gapped higher before we could get in it’s now more than safe to advance your stop to break/even or a bit above. 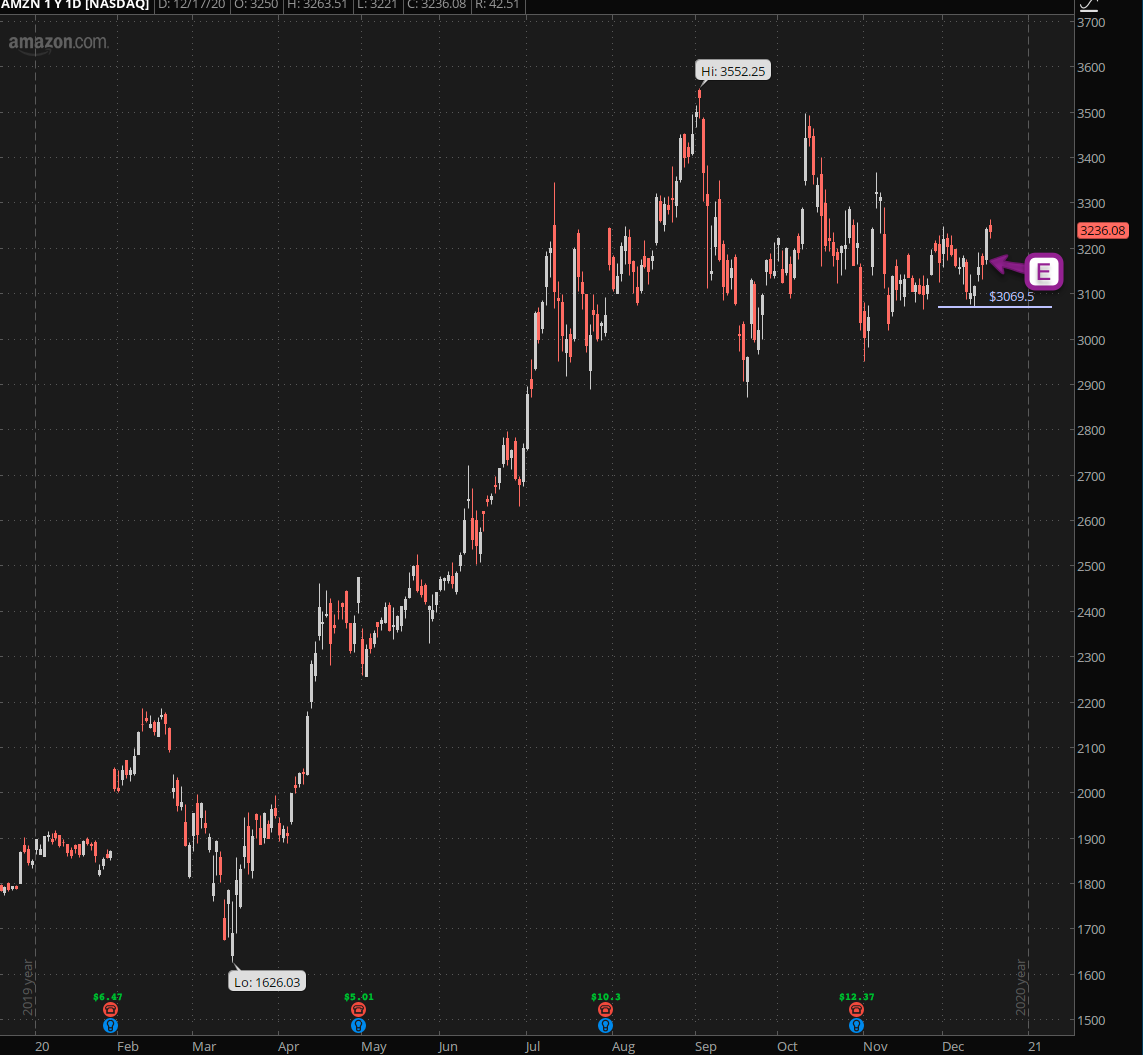 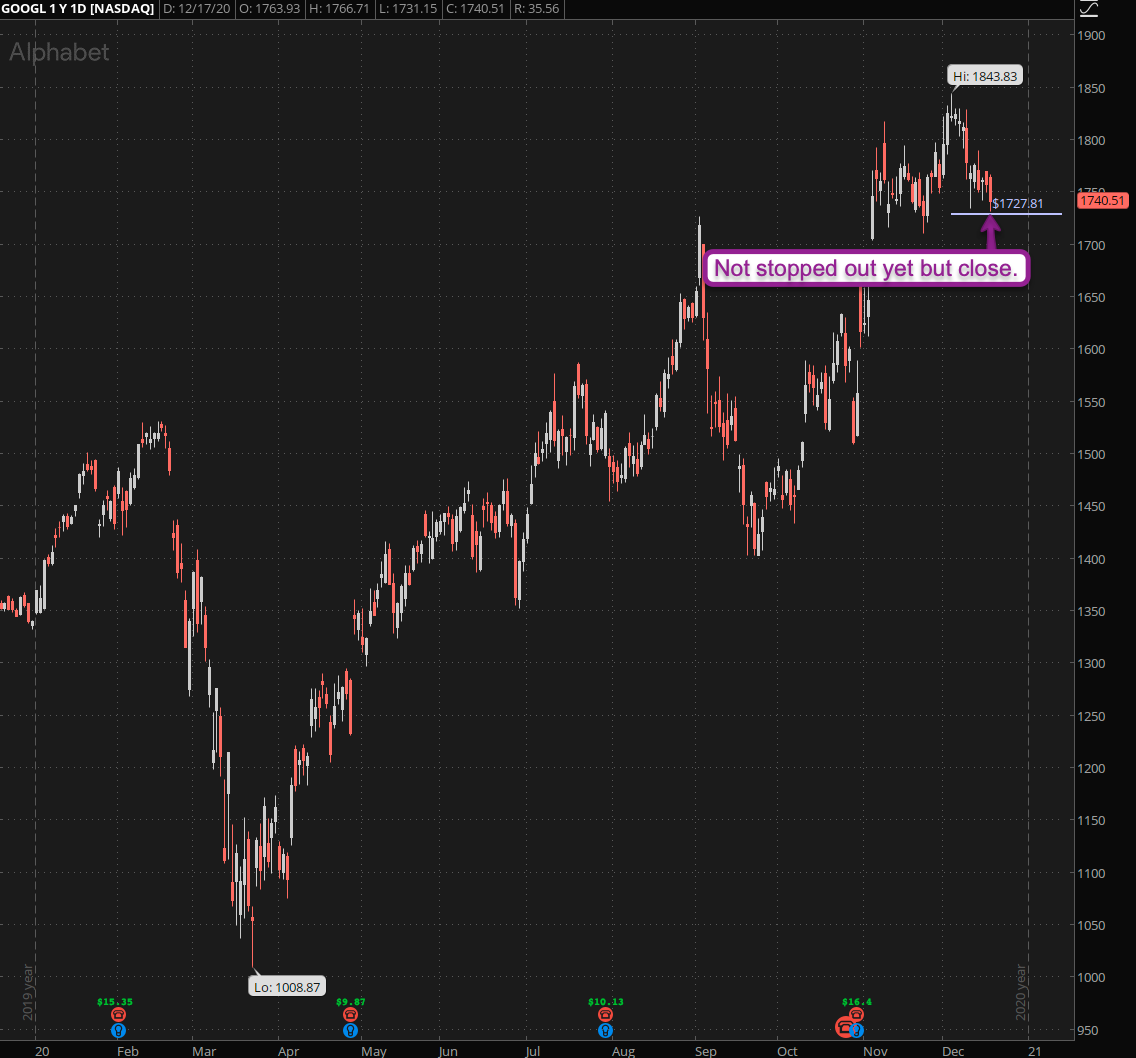 GOOGL just had to be the straggler and although it’s not stopped out yet it probably will sometime today judging by the current formation. 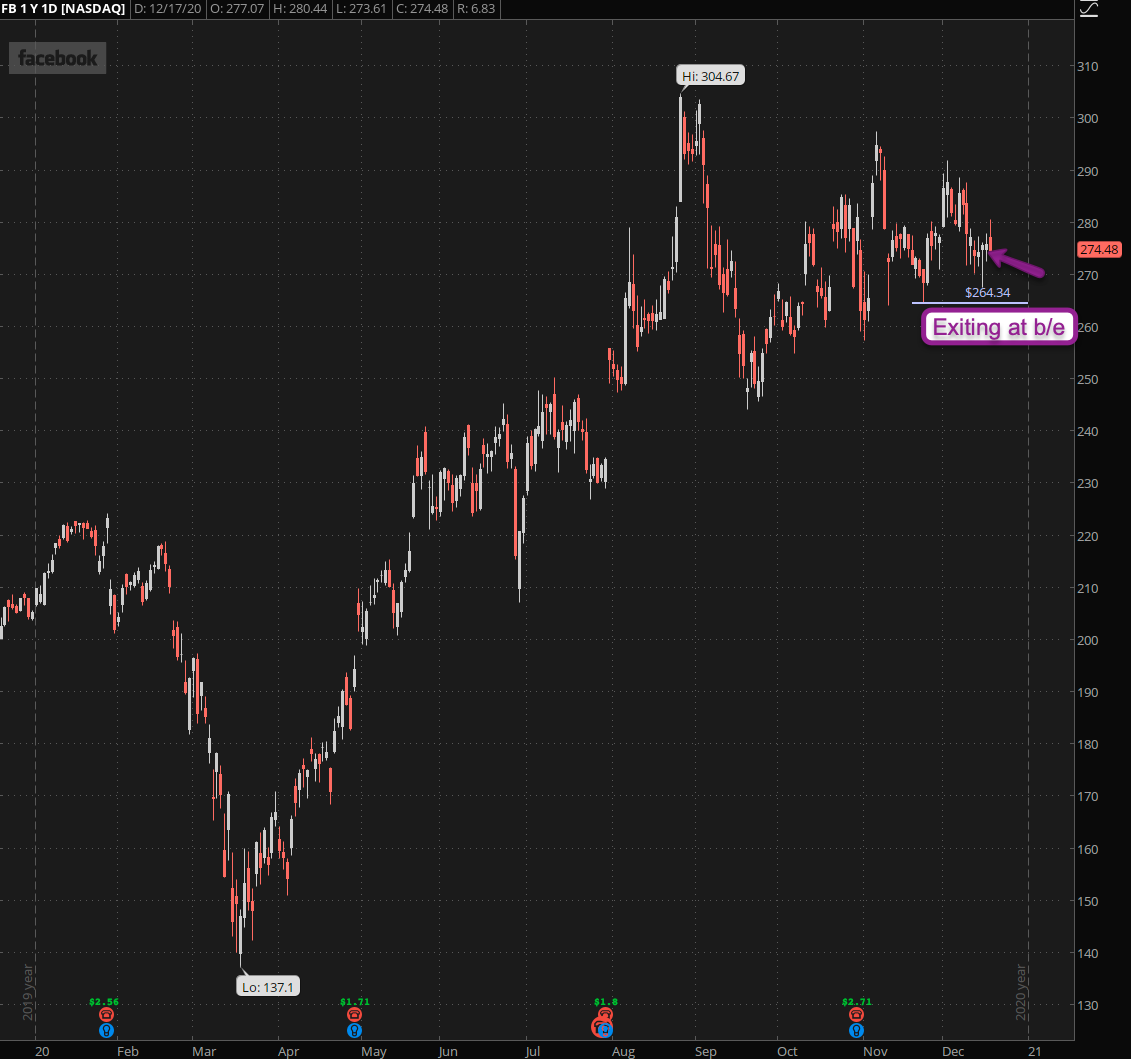 FB hasn’t done anything interesting and I’ll be exiting it at break/even after the open. 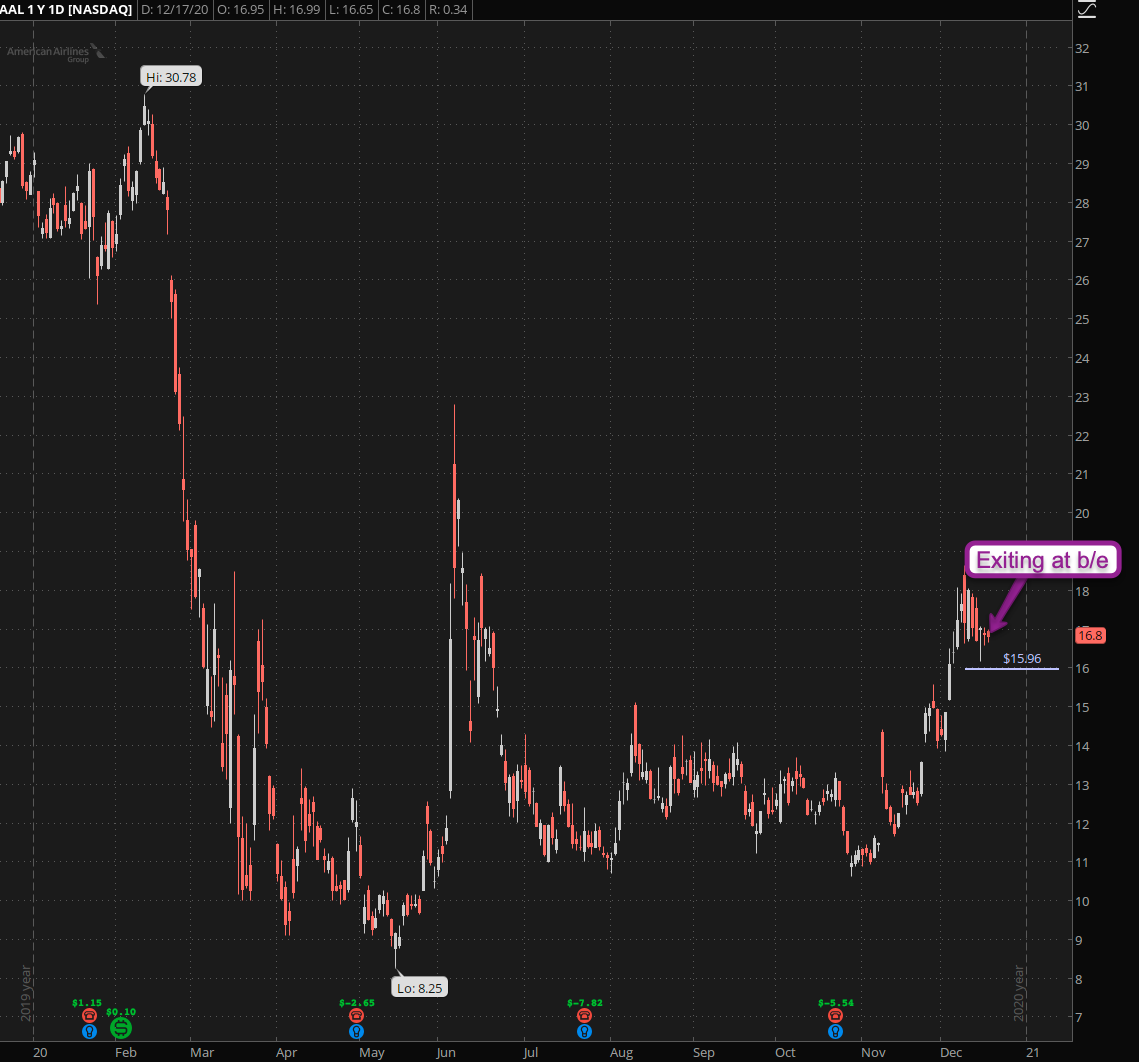 Ditto for AAL – under normal circumstances I would probably hold but with the holidays coming I fear that we’ll see more whipsaw caused by less participation. Best to get out for now and wait for a better time to strike.

By the way, if you missed these or other recent entries or perhaps even found yourself on the losing end, then head over to the sign up page to once and for all remedy this unfortunate situation.

Evil Speculator Gold goes for less than the cost of a single E-Mini handle and if you enjoy trading it you may as well sign up for the Zero which includes Gold plus a continuous feed of our most popular market participation oscillator.