With A Little Help From Our Friends

When I started this digital den of market domination in early August of 2008 I could not in my wildest dreams have imagined the decade long bull market that would end up grinding even the staunchest of perma-bears into the ground. Of course none of that could have ever happened without a little help from our friends over at the Federal Reserve. The now commonplace axiom of “don’t fight the Fed” had not yet entered our contemporary vernacular and thus many reasoned heads first had to roll before the market embraced a new paradigm driven by quantitative easing and various FOMC operations aimed at painting an infinity-put under the equities market. 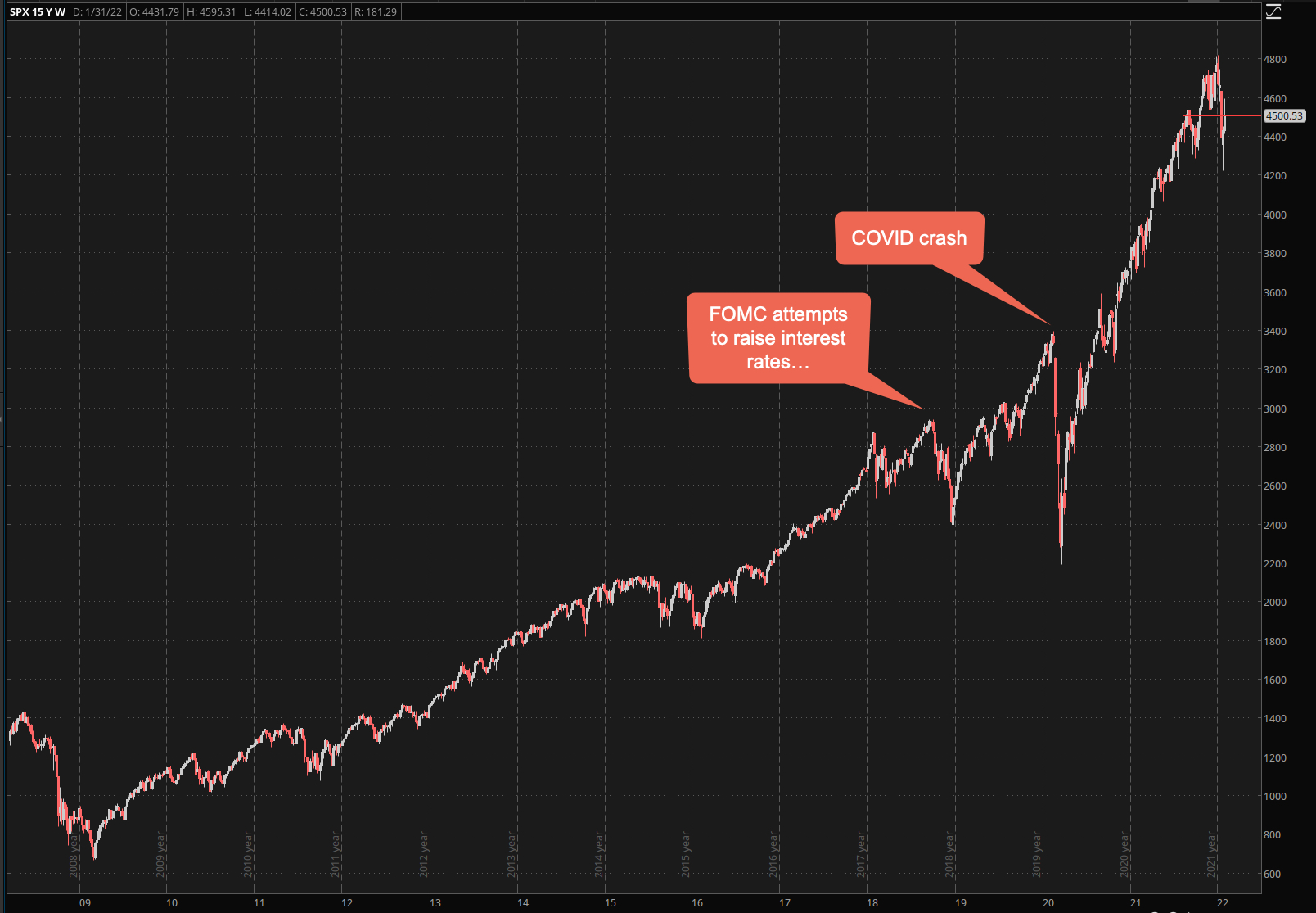 The fun and games lasted nearly an entire decade until one fateful day in 2018 the Fed members looked at their bloated balance sheet and realized the sheer magnitude of what had been ‘accomplished’. In October of that year, with the stock market on fire and an economy firing on 6 cylinders, the FOMC stepped out of its comfort zone and announced that a time of ‘normalization’ had finally arrived and that several interest rate hikes had been scheduled for the coming year.

Having grown firmly addicted to regular infusions of easy money the market however did not respond all too kindly to such radical ideas and the response was as predictable as immediate. Within less than two months equities slipped steadily lower and eventually reached the -20% mark, suggesting a secular bear market was on the horizon.

Not surprisingly it didn’t take long until cooler figureheads at the FOMC prevailed and the idea of ever ever increasing interest rates EVER again was quickly abandoned. After all the whole notion had been nothing but a big misunderstanding and it was back to business as usual.

Even a worldwide epidemic could not break this bull market’s back and as soon as trillions of Dollars of freshly minted stimulus money were thrown into the mix the party picked off right where it had briefly stumbled and slipped in March of 2020. The ramp that ensued swiftly doubled the SPX from 2,200 to 4,400 in the course of a single year. After it was all said and done it continued to climb all the way to 4,800 before taking a breather. 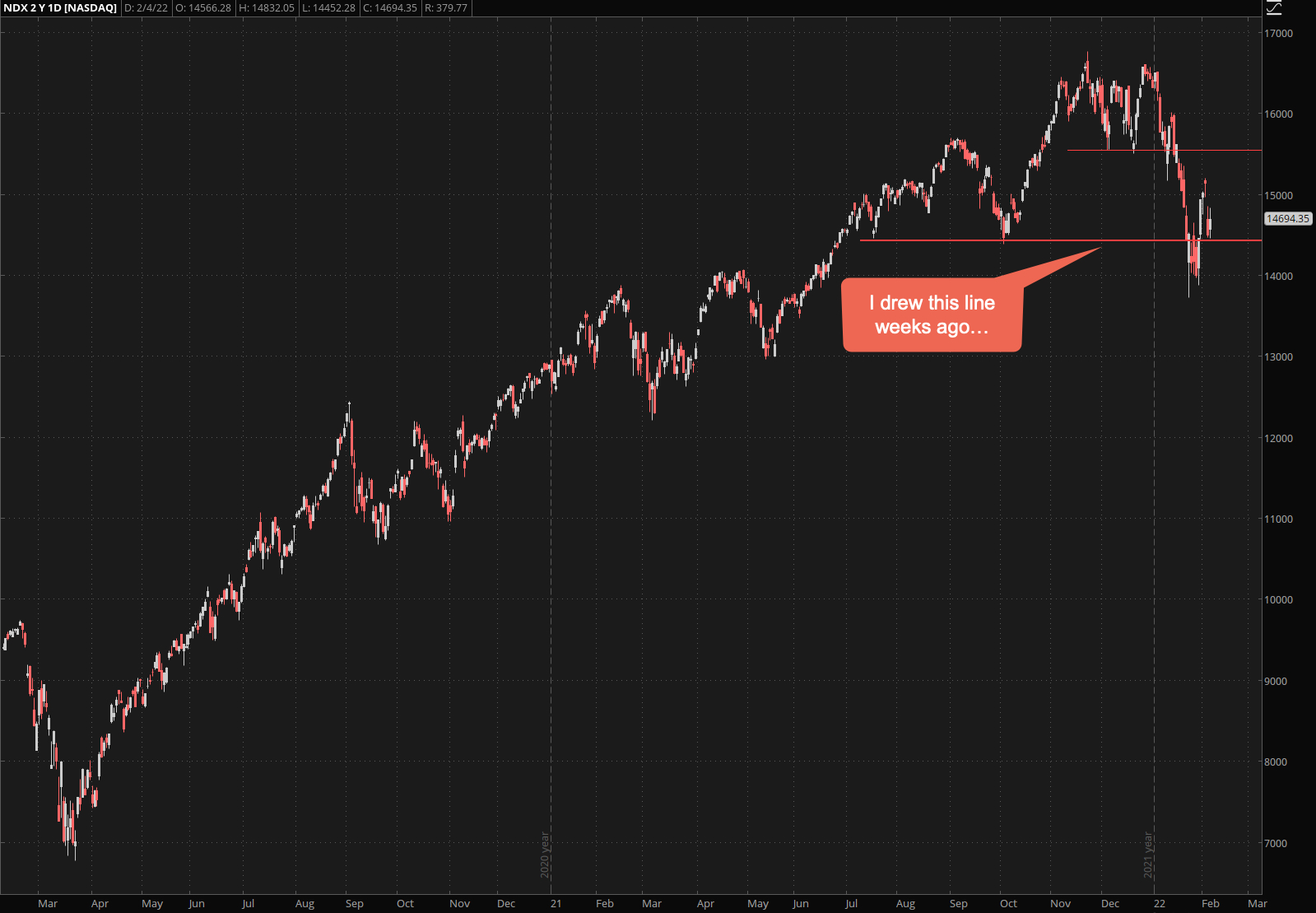 What finally stopped the bullish freight train? Clearly bad economic news were not to blame as they had been omnipresent throughout 2020 and 2021. And clearly the whole notion of a worldwide epidemic as being bad for business had been quickly abandoned. In fact COVID turned out to be manna from heaven for big tech – for obvious reasons.

As you may have guessed already, the main trigger for all the current predicament we now find ourselves in was an attempt by the FOMC to once again revisit the idea of increasing interest rates by a few measly basis points. To be clear, it didn’t actually follow up on its premise, the sheer mention of the possibility of interest rate hikes managed to drop the NDX by 16% before a tepid bounce finally materialized. 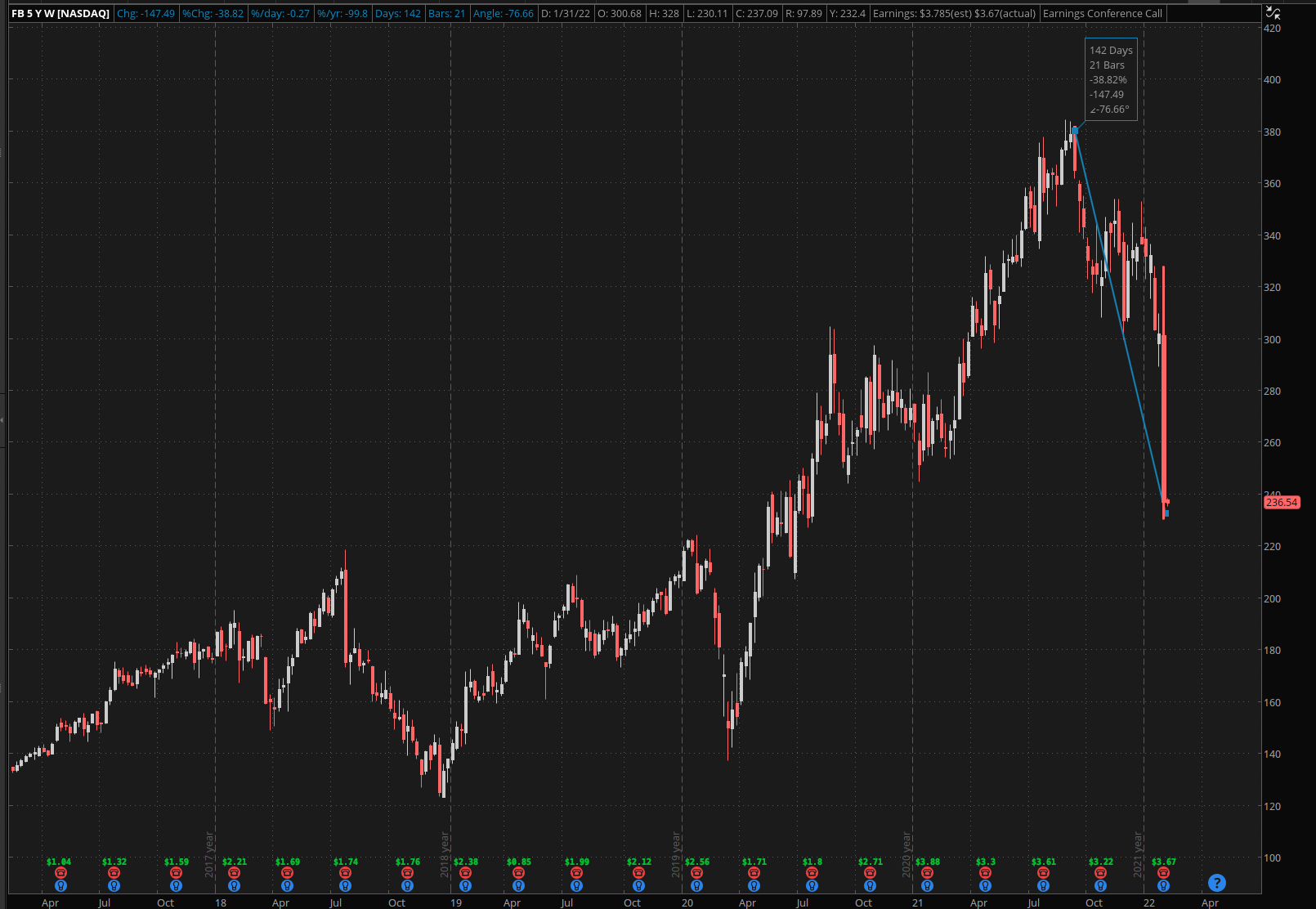 Things could have been worse for big tech but AAPL and a handful of leading symbols thus far continue to hold up the crumbling edifice. How quickly this can change was demonstrated by Facebook when it lost 20% in the course of a single week, mind you AFTER already having dropped 20% in the preceding six months. 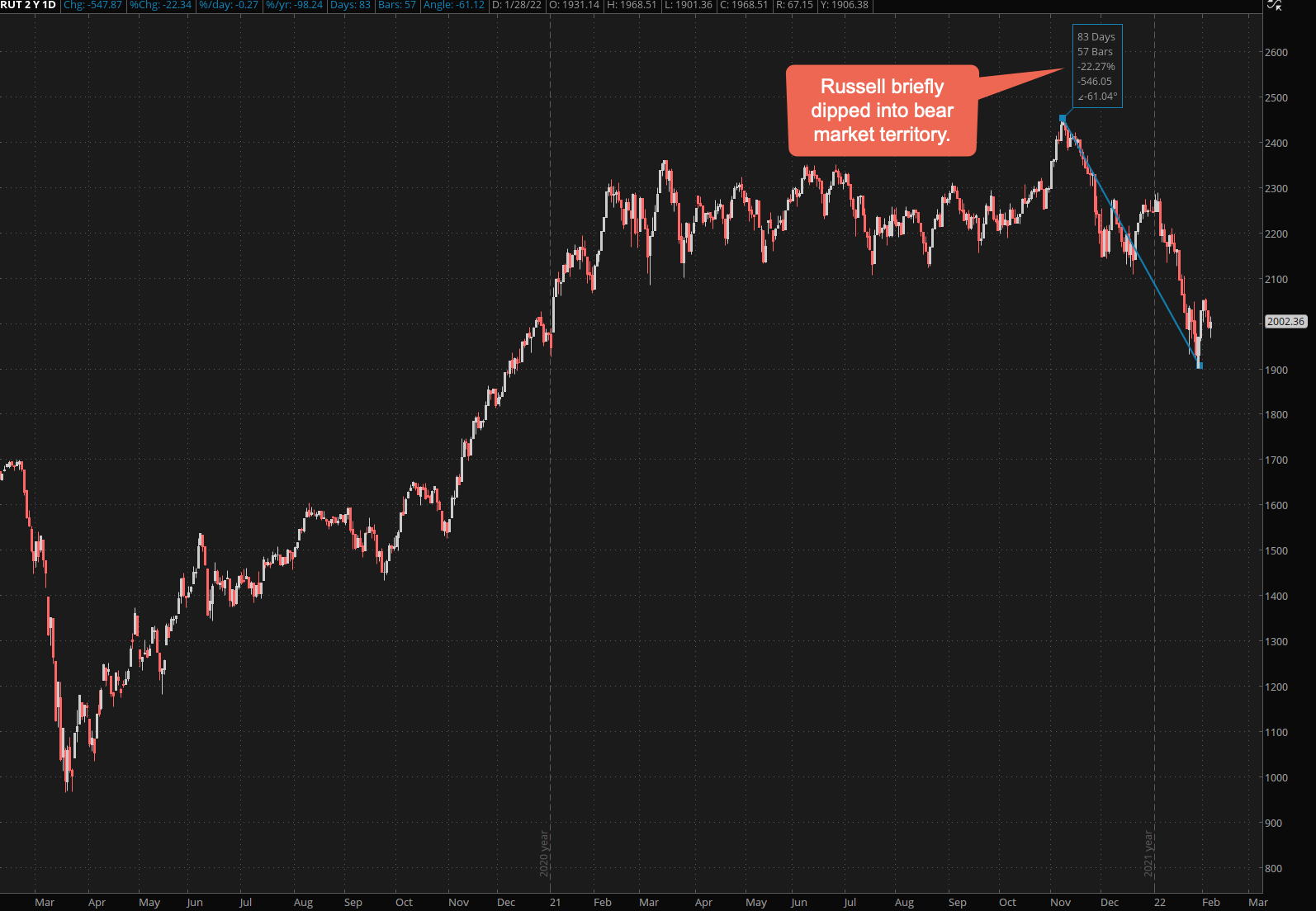 The Russell took it even harder and dropped all the way into bear market territory before it produced a small obligatory bounce last week. So effectively we are seeing distinct de-correlation between the main indices which does not bode well for the overall health of the stock market.

So much for the good news, let’s talk about what should really keep us up at night: