The Rising Sun Of The 2020 Trading Decade 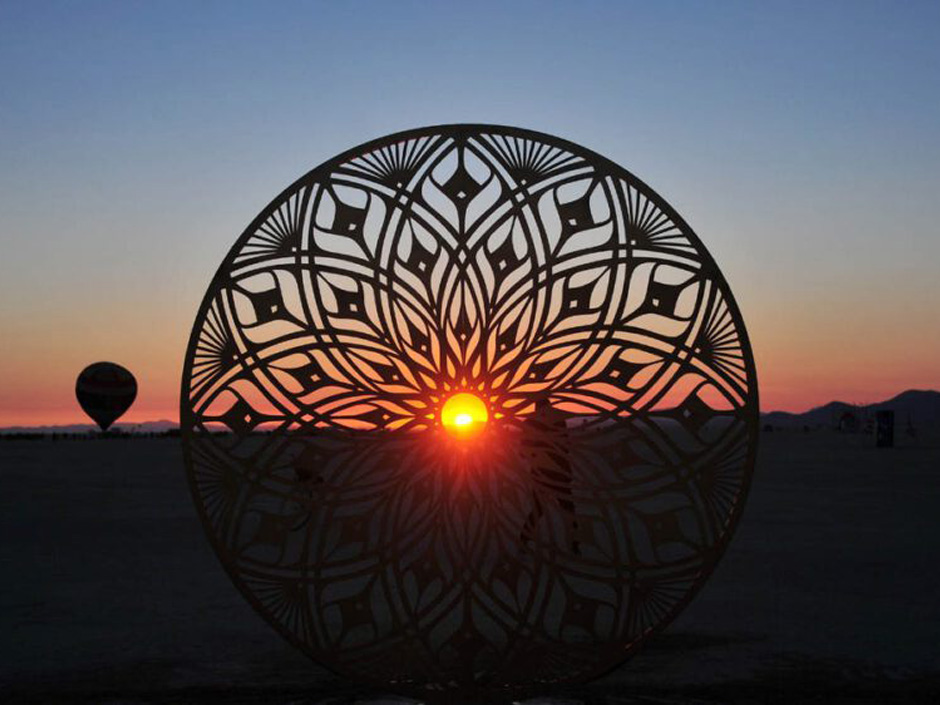 Good morning people of the financial galaxy.. It’s a lovely gray and snowy day here in Chicago. We haven’t had much snow yet this winter and it’s been warm(er), which is kind of a bummer for me. Many of the local ski mountains have had crappy conditions with the warmer weather. By crappy, I mean icy which turns all runs into double black diamonds as the sun starts setting in the afternoon when it’s way up in the mid 30s. 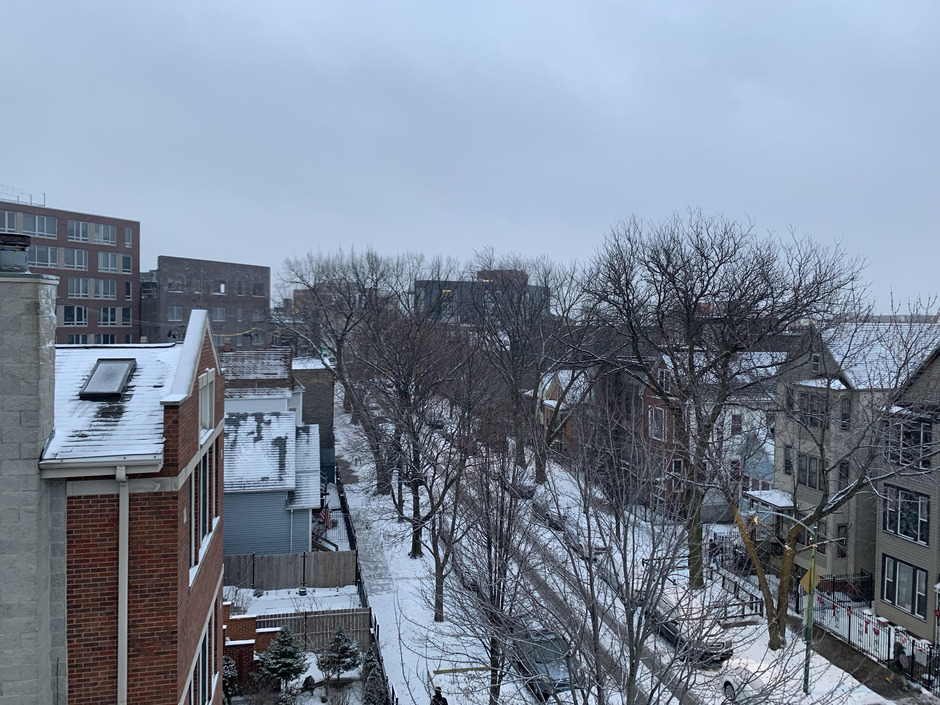 That’s the scene from my roof deck, it’s so cloudy the skyline is completely hidden. However I’m quite happy today about the snow, tomorrow looks like a good day to head up to southern Wisconsin to blow the rust of my snowboard. I want to get a few days of snowboarding warmup time in on the ski spots in Wisconsin before I head out west to the big boy mountains. I did Park City last year, Keystone and vicinity the year before so my sites are set on Tahoe, Whistler or Japan next month.

In my last post, I started off talking about the setting sun of the old school, but never circled back to what I meant by that. I was reading about 10 predictions for the 2020 decade and a few of them touched on AI technology. Which got me to thinking about trading and what I think is going to change dramatically in the next 10 years in the trading world.

Without a doubt, something that is going to have a big impact on trading in the next 10 years is AI. For most people that don’t write python code 0r know linear algebra, you’re probably not up on actually using AI for trading. Or what’s even involved in that. One of the heavy weights in the AI world is Google’s Tensor Flow technology. It falls under the category of deep learning and is quite complex.

Five years ago, getting Tensor Flow up and running involved setting it up primarily on Linux boxes and it was a PIA to setup. And a PIA to use since it lived in it’s own universe. But fast forward to spring 2019. If you’re a python geek, it basically installs with pip such as ‘pip install tensorflow’ and there are python wrappers for it that make it usable for humans.

So much so, that within an hour I had shoe-horned it into an algo Mole and I had been working on that was previously using XGBoost. Within 2 hours I had it working well and was tweaking parameters. The thing is, all of this stuff is becoming accessible to humans that don’t have PhDs in artificial intelligence, math or know Linux.

Which brings me to a project I worked on for a lot of 2019. A lot of discretionary traders will argue that what they do can’t be coded or backtested because it involves judgement calls. Newsflash: computers tend to be pretty good at making judgement calls involving numbers. And they are getting much better quickly.

If you have Mole’s system building masterclass opus, you might be familiar with the concept he and I developed called alpha factoring. The name sounds complex but the idea is simple. On certain days, even a moving average cross over will work well from either the long or short side. Pick your poison, RSI, MACD, ADX, stochastics, etc. Any of these will work well – at the right time.

Alpha factoring looks at factors that influence the alpha (returns). A factor might be how much a symbol gapped up today. Or how much realized volatility it’s had over the last 3 trading sessions compared to the long run average.

Back to my project. What I did is essentially gathered 50 alpha factors for each trade on a bunch of prop trading world discretionary trading systems. In the prop trading world, the discretionary traders tend to focus on stocks that are ‘in play’. In English, that means: there be some shit goin’ down with the stocks that are in play. They are moving a lot.

I learned them and then traded them for most of the year. Many of them live. After I had 2000+ trades under my belt, I started dissecting the results to look for patterns. What factors positively correlate to taking long positive R trades off VWAP touches post 10am? How about short trades? 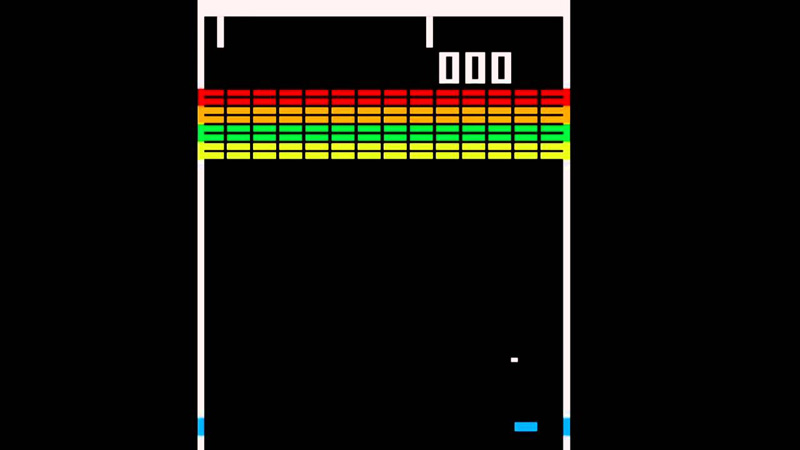 My conclusion from this project is that a bot can be much better at day trading than me.  If Google can train a bot to kick ass at Breakout, rest assured we are not far away from a chart trading bot that kicks all forms of ass. Except there will be no ass to kick, because…

I predict this will be the decade of the death of lots of chart trading. Because unless you have some head trash to sort out, there will soon be no reason to sit in front of the computer all day and look at charts. Most of it has no edge in itself and this will become well known facts yo, now that AI is becoming so readily accessible to the masses. Much of this stuff will be tested and published.

A lot of it actually already has inside the fortress of professional trading firms. A quant at a well known hedge fund purchased a bunch of popular trading books on Amazon, dissected them and then tested all of the strategies in the books. Many of them you’ve probably heard of. And you might watch these ‘gurus’ on YouTube or get their daily e-mails of them dropping knowledge.

He published a paper on his findings and it’s quite entertaining. Only one of the trading methods had a positive edge however it was worn away to almost nothing after factoring in paying the spread.

The edge will be in making trading based on pure probability calls based on the numbers (alpha factors) and probability. On the right day, any chart pattern will work. So step up your trading game this decade and test what you actually do, before you do it. Just about all of it is testable.

Hey there - I'm Tony and I'm the other founder of Red Pill Quants. I've been both a trader at home by myself in a vacuum and inside the walls of professional trading firms as a licensed professional. I bring a glimpse of what goes on in the inside of the pro trading world to the contestant.