The Real FTX Story Comes Out

The dust is settling on the FTX debacle and we finally have a clear picture of what is surely one of the all time dumbest episodes in financial history. So fasten your seatbelts and return your tray table to its full upright and locked position, because just telling you this sordid tale this is going to be one bumpy ride: 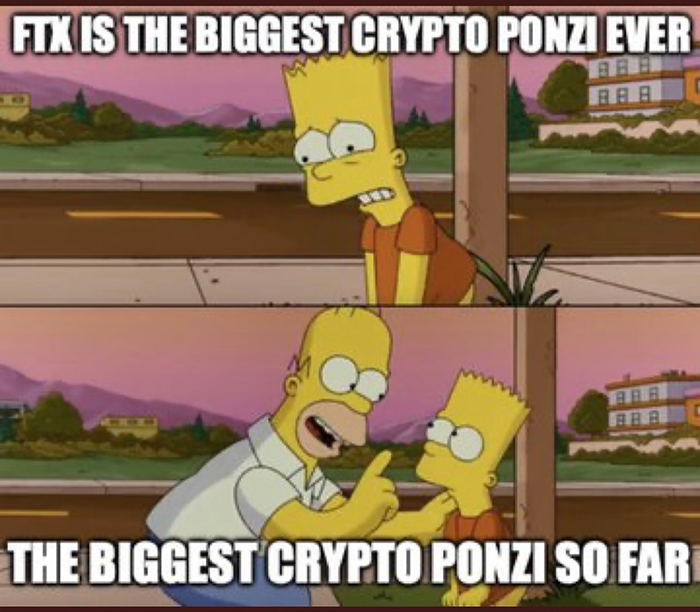 Here’s what we know…

They were good, but everyone there is good and they take on 100 new people a year and spend about a million dollars training a new hire.

So good but not “next Warren Buffet” good.

They left Jane Street to start their own firm, Alameda.

They got VC funding to start FTX based on a stupid founder myth of them “collapsing the kimchi premium arbitrage” which has the smell of b.s. all over it.

Alameda as a market maker was probably very profitable in 2019… but there wasn’t much competition in market making back then.

By 2021 the edge on Alameda’s supposed business (making markets is effectively doing millions of trades trying to snag a tick here and a tick there) had been eroded away as people with higher IQs came into the space.

But at that time the bull market was in full swing, and they didn’t really mind that they were losing money making markets.

Why would they not care?

Well the losing money made FTX a GREAT place to trade. So it helped FTX build their business.

And by 2021 Sam (CEO of Alameda) was basically punting shitcoins on leverage and that was their business model. 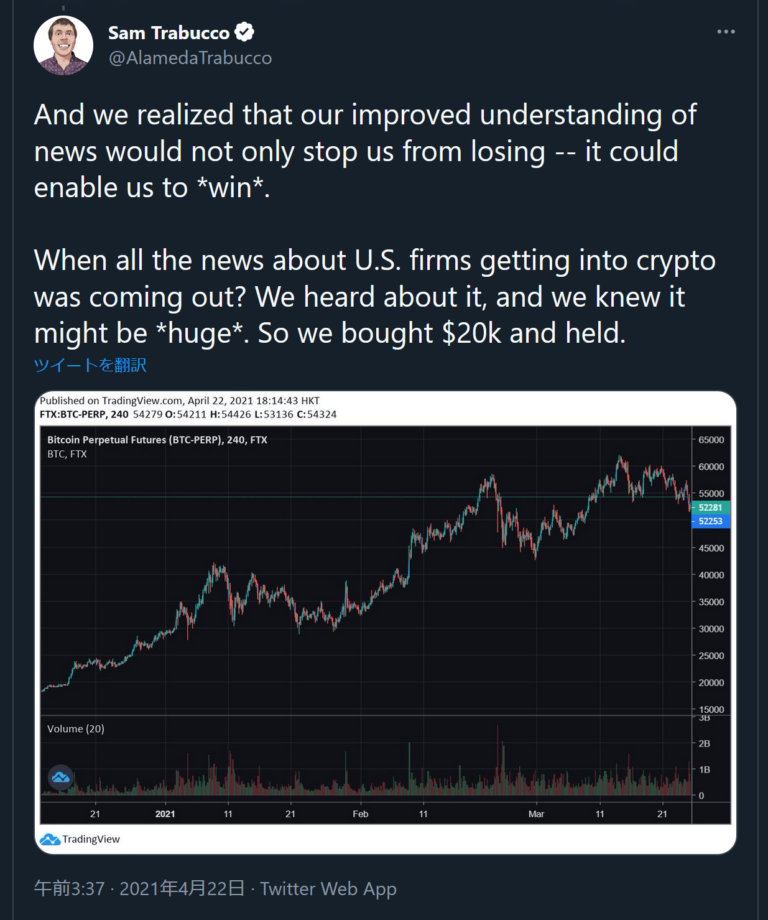 Seriously? Your ‘improved understanding of news’ – as in being on the inside and getting them ahead of anyone else perhaps? 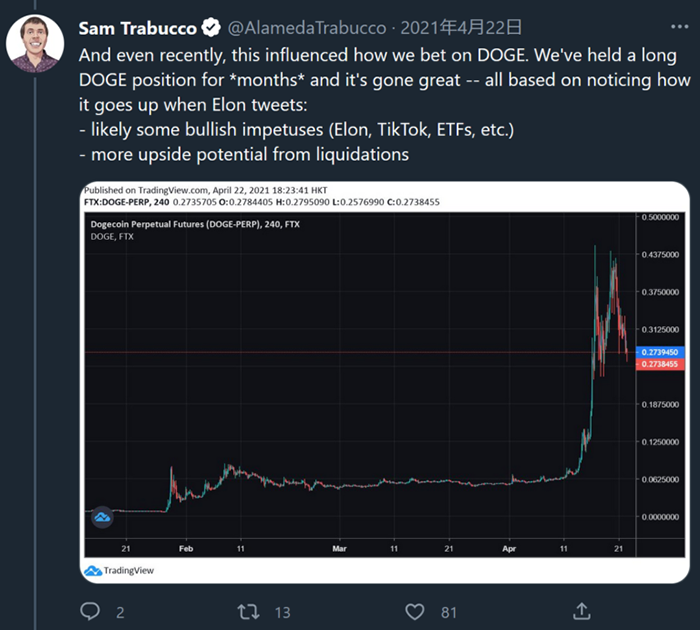 ^^^^ Of course they made big money on all this, placing early bets on Solana and big bets on Doge.

But this is the same kind of retarded thinking you expect to hear from an Uber driver not from the CEO of a market making firm. 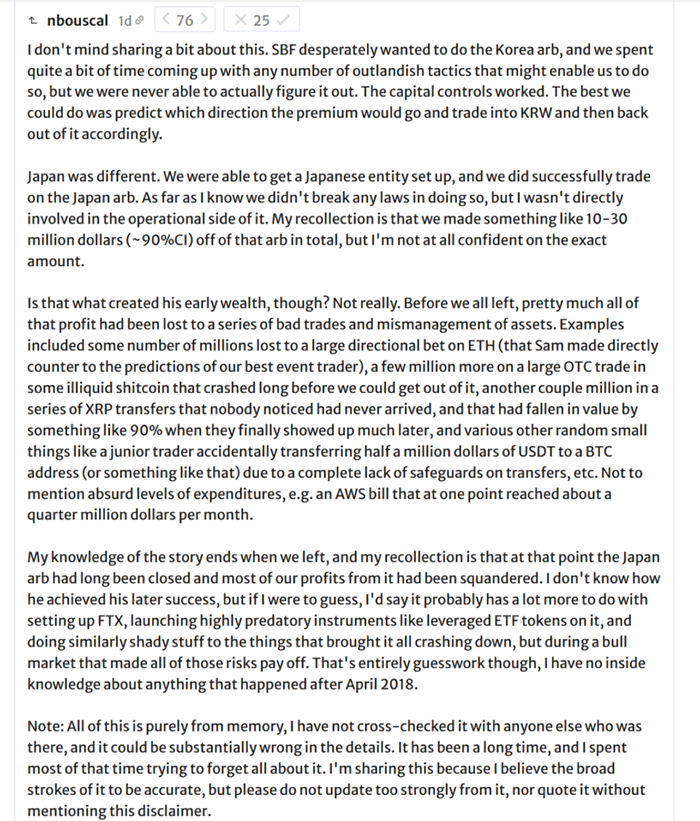 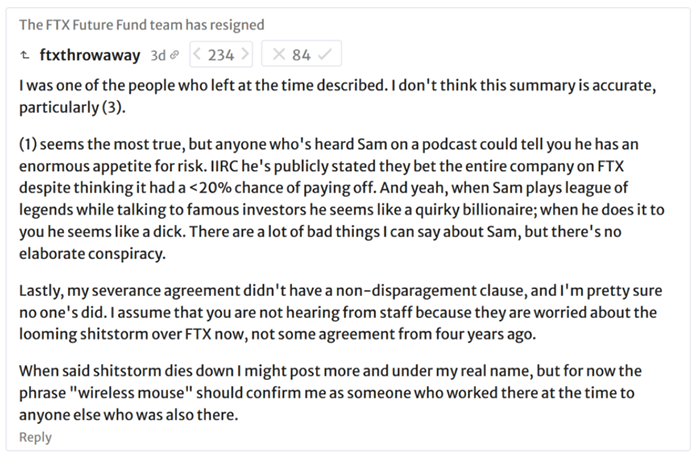 I wonder what’s up with the ‘wireless mouse’ but anyway, reading these insider accounts of the time it’s clear these kids were way over their heads and knew nothing about risk management and running a business. 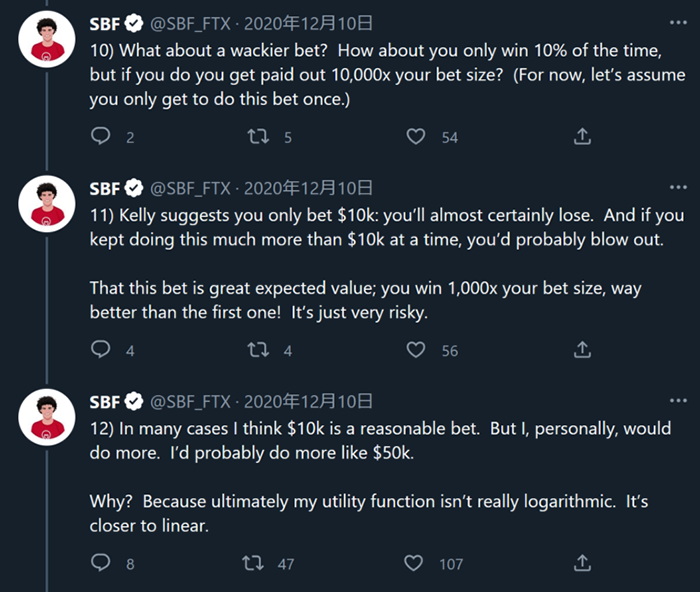 And Sam himself has a weird philosophy about taking risk… that you should keep doubling up on coin flips because <idiotic effective altruism philosophy>.

With his supposed pedigree SBF never heard of the Martingale fallacy? 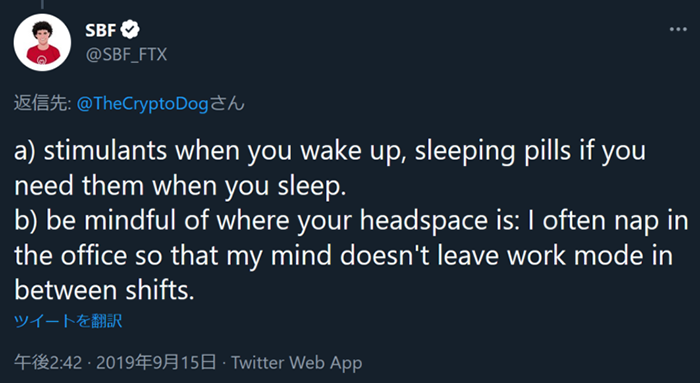 You can see how this doesn’t end well…

Throw meth use and weird nerd multiplayer sex into the mix…

So bottom line – Alameda had all these huge long bets on illiquid shitcoins.

The market turned and they were trapped.

Any of those coins sold in size would go to zero, so they couldn’t sell.

And they had made all these literally retarded seed round investments in various shitcoins and startups.

So when Luna collapsed they were up shit’s creek without a paddle.

If Alameda went down it would trigger default on loans collateralized with FTT.

And if the FTT was sold, FTX’s loans would get called too.

So SBF stole the customer’s funds to try and top up Alameda.

It’s a banal and tawdry conclusion. Depressing, even.

Inexperienced incompetent dilettantes get caught with their pants down when the market turns… it’s a story as old as time.

YET – this is the cleansing fire that crypto needs right now.

There is only one more day until our Free Wealth Creation Summit, which I absolutely promise you will be the best event we’ve ever put on.

I personally learned a huge amount just from listening to my co-hosts at the pre-event discussions we’ve been doing.

Don’t miss it! It’s going to be epic.