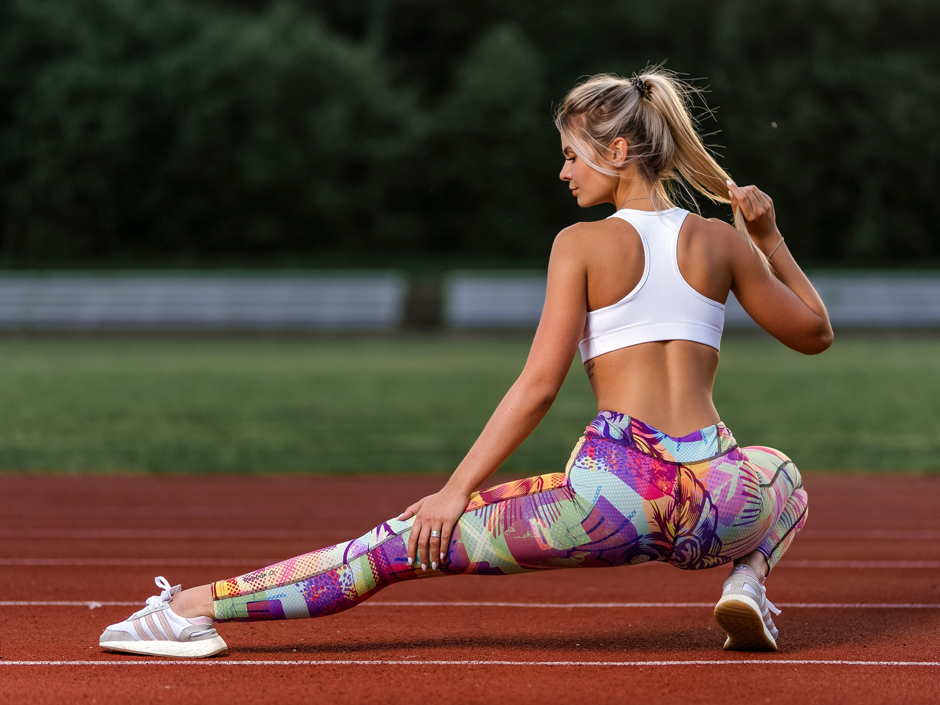 All the civic chaos and social brinksmanship notwithstanding U.S. equities have brazenly continued to march higher and higher since the activation of the riot brigade. Much to the chagrin of a legion of political arsonists who would love nothing more than to see our entire nation go up in flames.

Now if you find yourself shaking your head with incredulity watching the news coverage, or trying to make rhyme or reason out of the unfolding chaos then I suggest you direct your attention to much more important matters, e.g. protecting your loved ones, your property, your financial assets, and keeping them all out of harms’ way.

To lend a quote from the Dark Knight: “Some men just want to watch the world burn.” 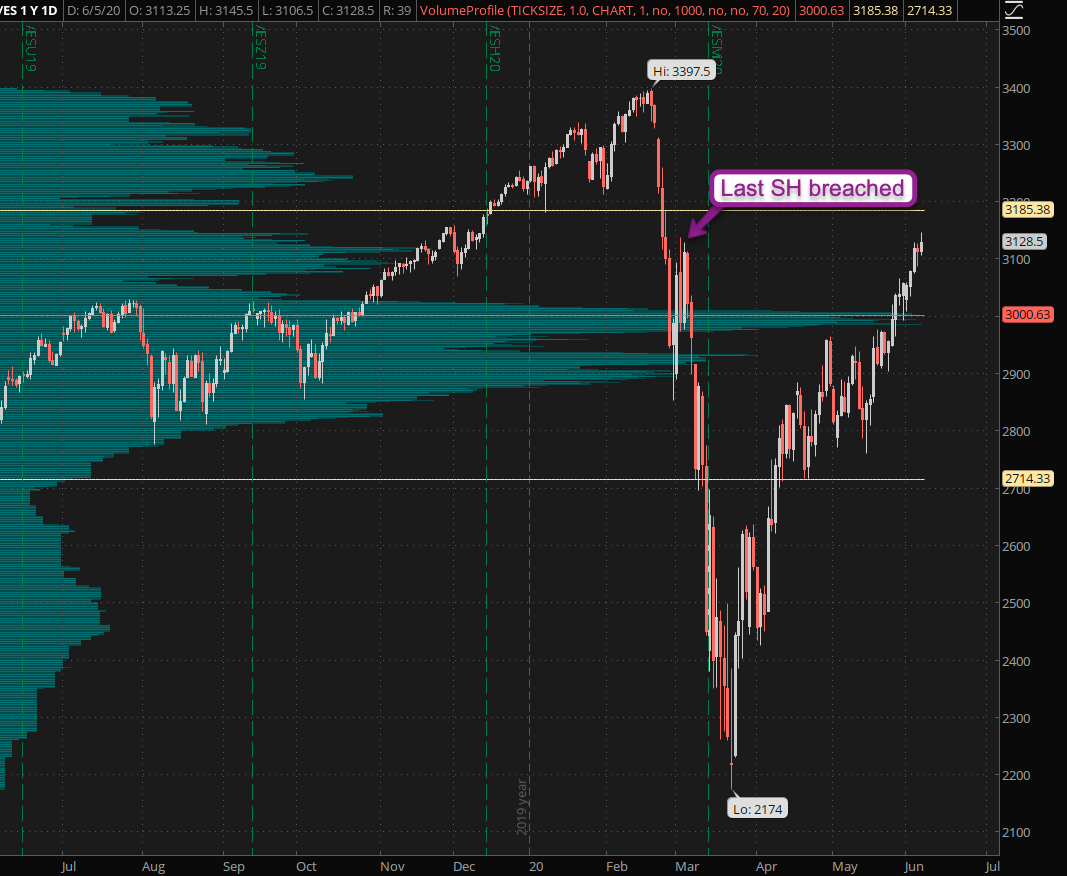 It’s official. Riots are good for the stock market and I am already looking forward to implementing the ‘riot trend trading system’ Tony and I have in development. Yes, I’m obviously being facetious but it will take boat loads of black humor to get us through this summer and I don’t even want to know what the fall election season has in store for us.

Anyway, equities = up and after breaching the last major spike high (SH) painted in February the S&P 500 is now embarking on the final stretch separating it from its all times highs. 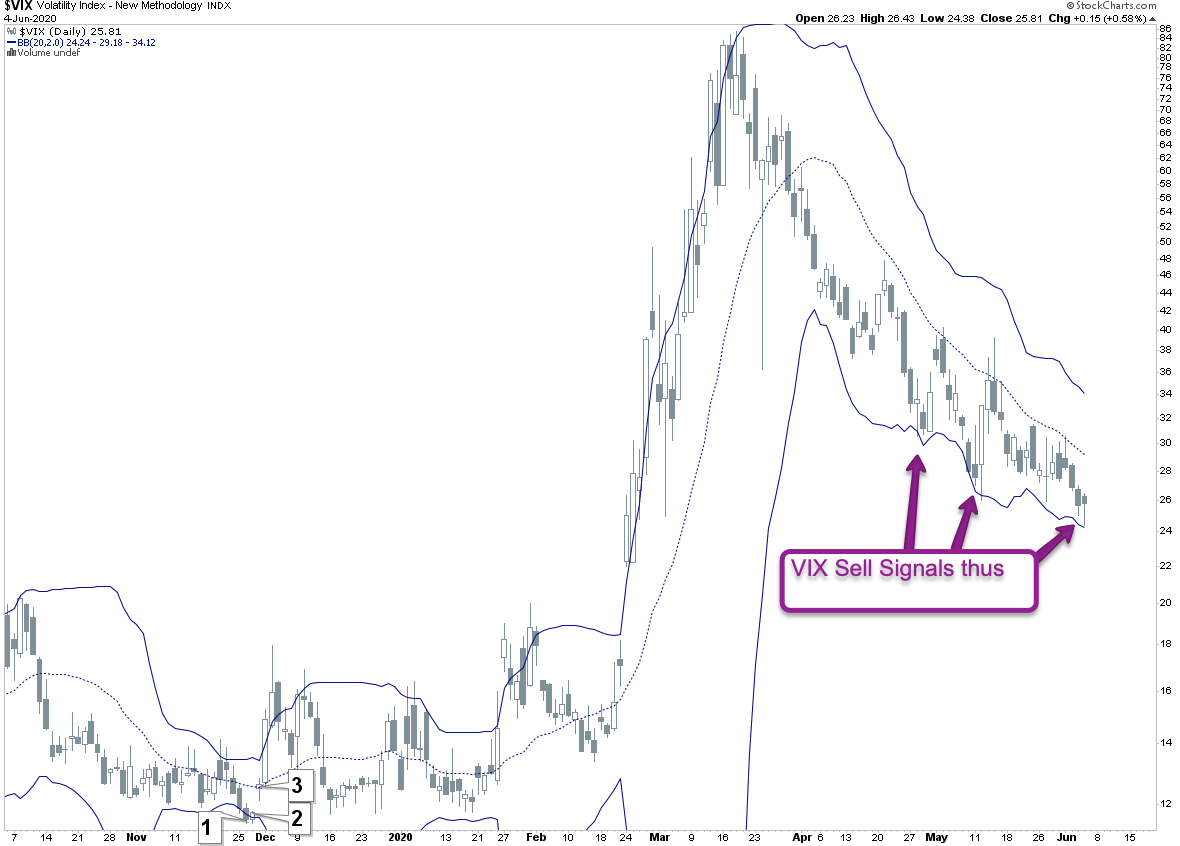 As you know I follow implied volatility closely on a daily basis which includes the VIX as a general representative of market sentiment. Rash movements in the VIX are usually followed by mean reversion, which the VIX Buy/Sell signals are based on.

Interestingly however we have not seen a single one throughout the past three month despite a precipitous drop in implied volatility. Per the rules a close below the 2.0 BB would be necessary followed by a close back inside and then one a bit higher for final confirmation.

Instead the VIX has carefully skirted around extreme drops which would have most likely kicked the bots into mean reversion mode. 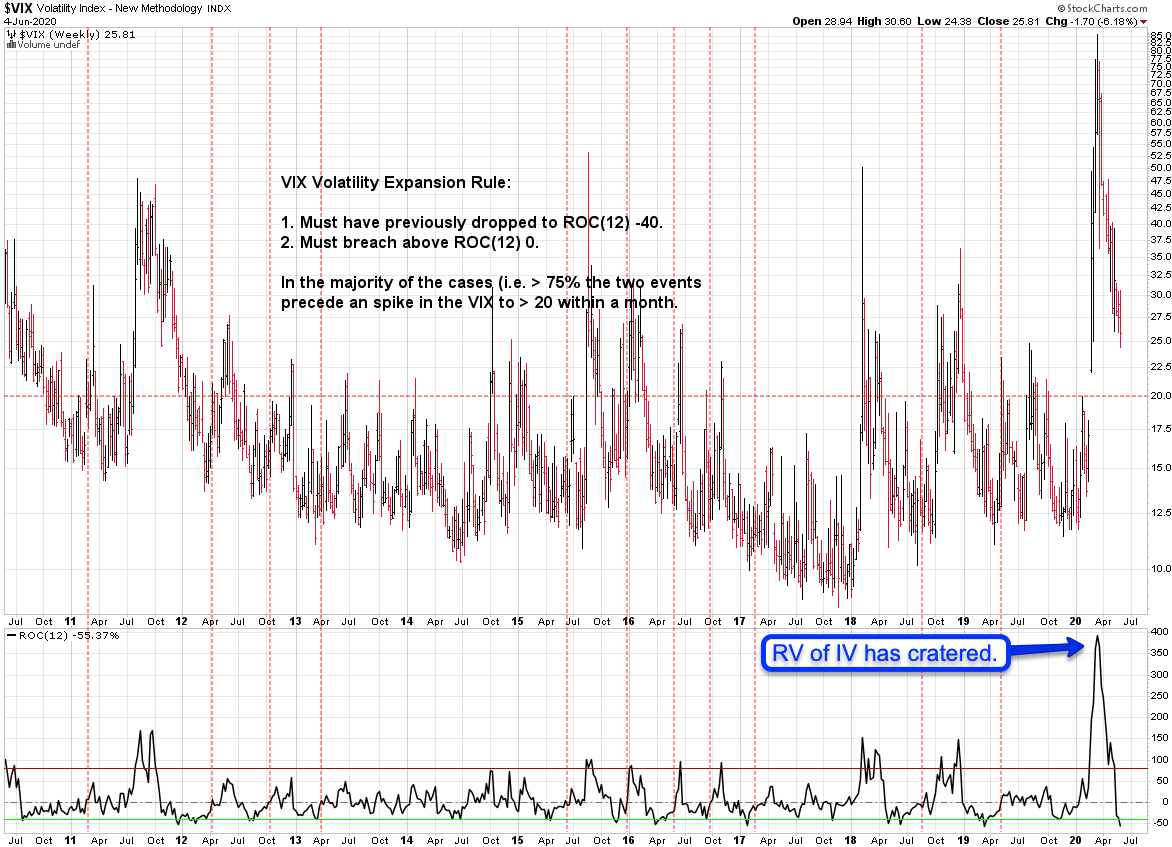 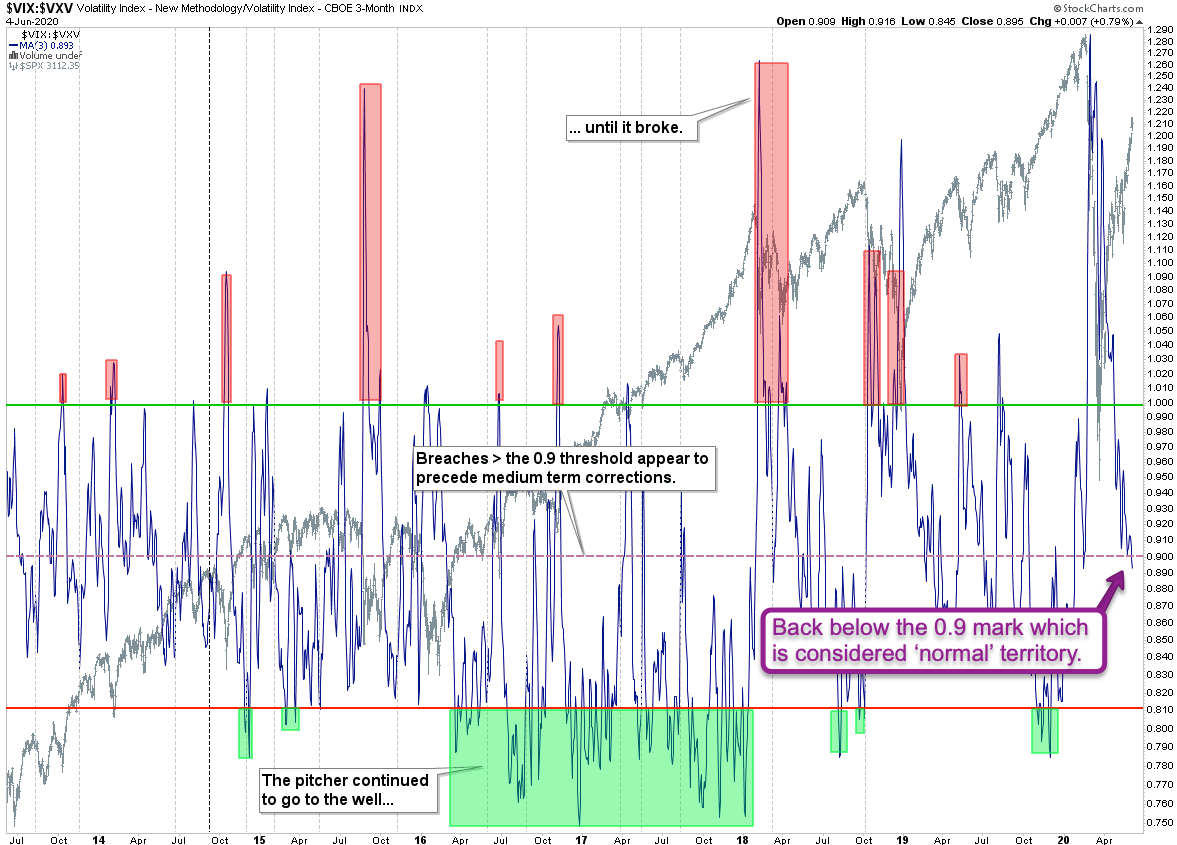 The implied volatility term structure (IVTS) has descended back below the 0.9 mark which both Tony and I consider ‘normal territory’. By that we mean a market environment in which most bullish trend trading and mean reversion trading strategies succeed.

All of this has had a very demoralizing effect on any remaining bears, as evidenced by my next chart: