Whether you like it or not, most would agree that the German language has a good number of very cool words which are not only difficult to translate into other languages but also hold special meaning. Schadenfreude is a popular one that even English speakers seem to have widely adopted over the years. Blitzkrieg is one that is associated with Germany’s WW2 ambitions which speaks to the country’s ability to exert ruthless efficiency which however ended in total disaster.

One word that you probably have never heard about is ‘Endspurt’, which loosely translates to ‘final sprint’ in English. However as many German words ‘Endspurt’ has a connotation that subtly conveys more information, and in this case it’s that you are heading toward the finish line after a long run and are therefore giving it your very best. Or at least whatever you may have left after all those miles. 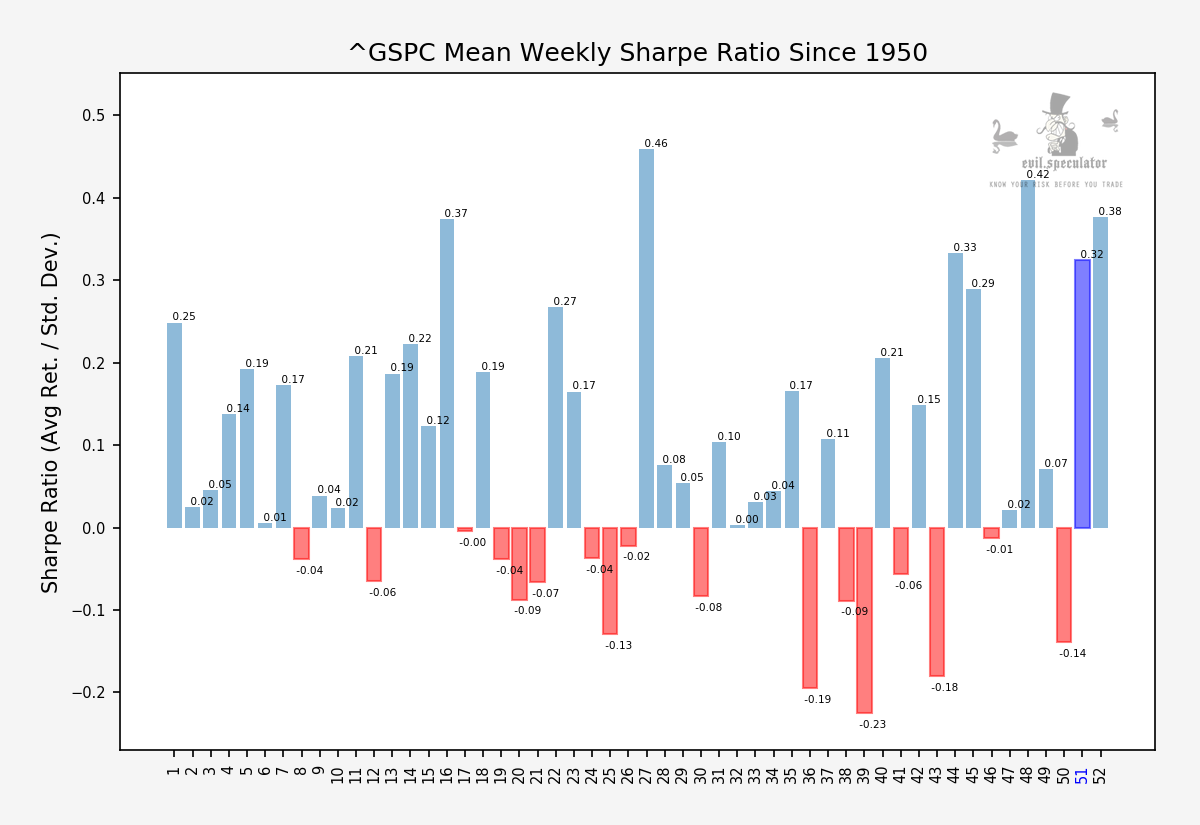 And it’s the word ‘Endspurt’ that comes to my mind every time I look at the last two columns on my weekly Sharpe ratio chart. Historically speaking week #51 (this week) is the 5th strongest earner of the year, and it is followed by week #52 which is the 4th strongest earner.

In terms of percent positive however week #51 stands as the #1 at a whopping 71%. Heck I take those odds ANY bloody day! What’s not to like? 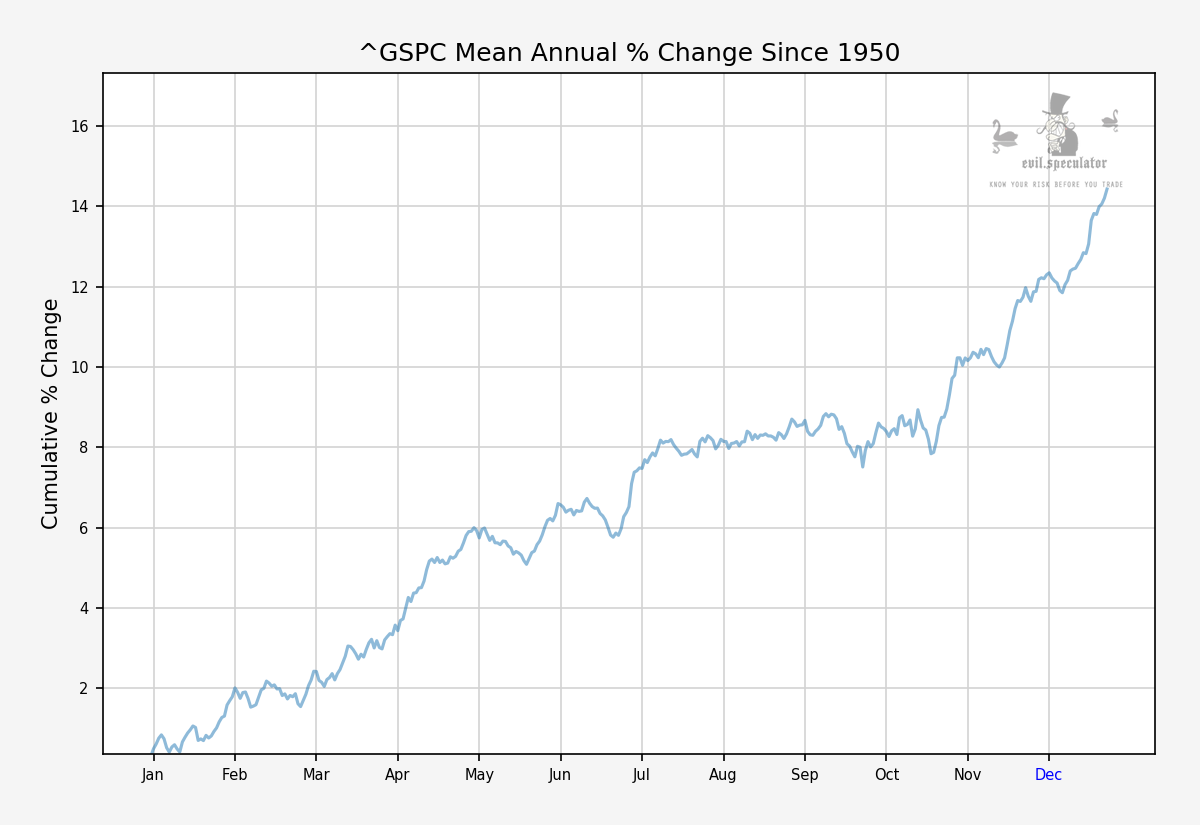 Looking at the annual percent average, which by all intents and purposes is bullish, the final weeks of the year clearly stand out as the strongest performing period. No wonder most everyone loves December despite its crappy weather.

However, as usual there are exceptions to the rule worthwhile keeping mind: