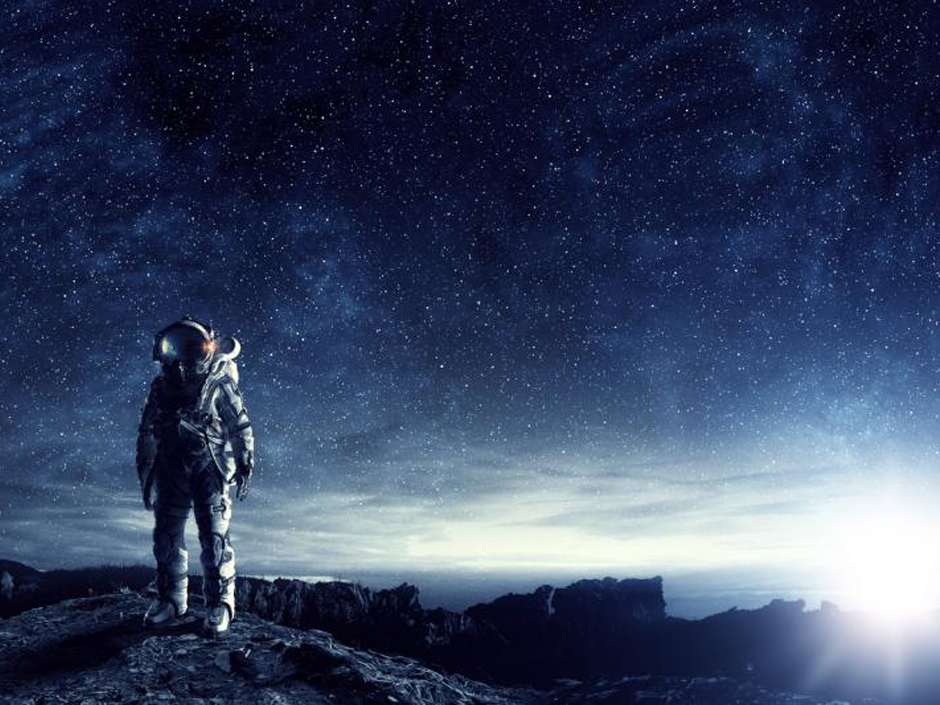 Thus far week #26 has played out exactly true to form in that it has remained flat as a pancake with a bit of obligatory but listless whipsaw in both directions. If we take a step back and look at the bigger picture it’s also not overly surprising to see things slowing down a bit after a two month long face ripping short squeeze that ended up demoralizing even the staunchest of beartards. 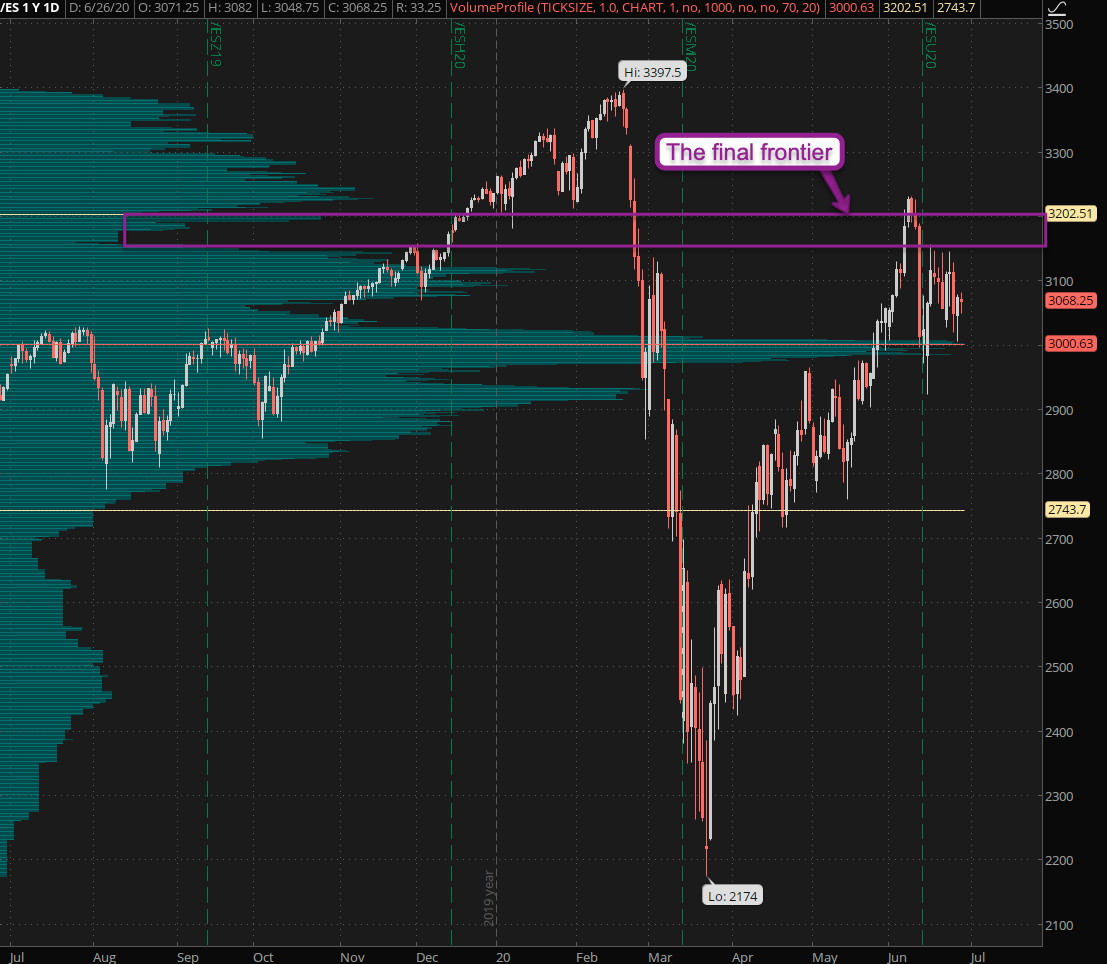 A small volume hole just above ES 3150 separates us from the final frontier which is the home run range delineated by an almost vertical exhaustion spike we painted shortly before the E-Mini rolled into September. 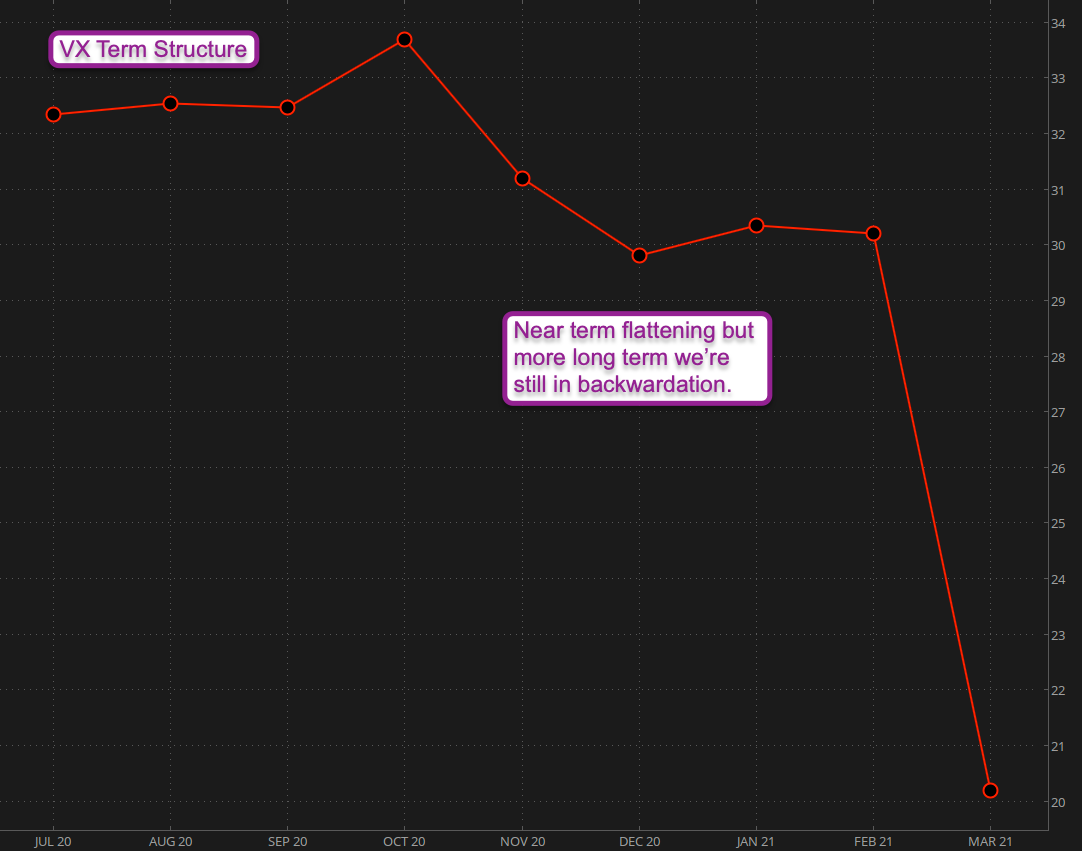 Based on the VX term structure participants remain (rightfully) skeptical that things will quiet down anytime soon. The Shark Fin formation has given way to something resembling a construction crane – flat in the near term with a small spike in October (pre-election heat up) then followed by stubborn backwardation all the way into next year. 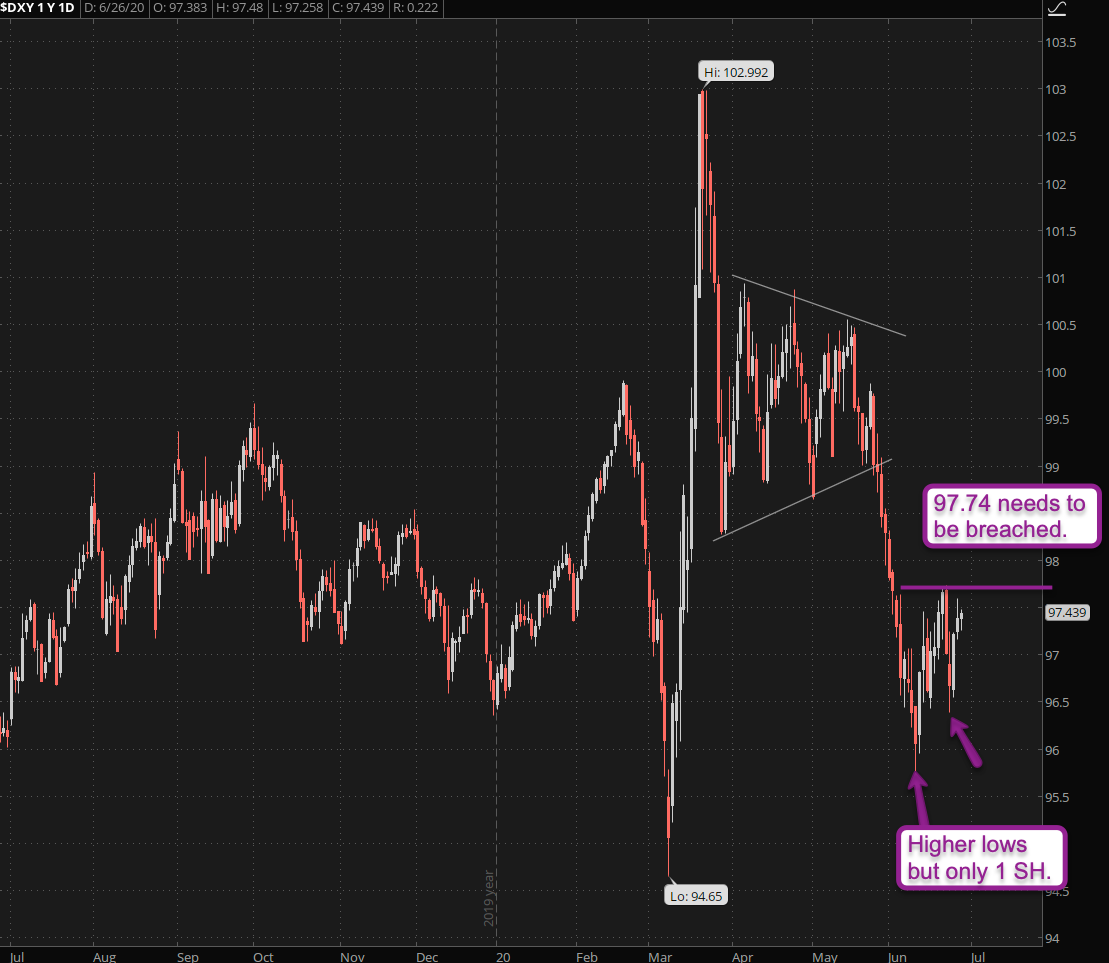 The Dollar appears to be attempting to paint a floor but unless DX 97.74 can be taken out I still see the potential for continuation lower. If 95.5 gives way things are going to get UGLY.

This lowly expat for one hopes it won’t come to this but the daily onslaught of neck hair lifting news reports doesn’t exactly serve to bolster confidence in the US economy and the greenback as the world’s reserve currency. 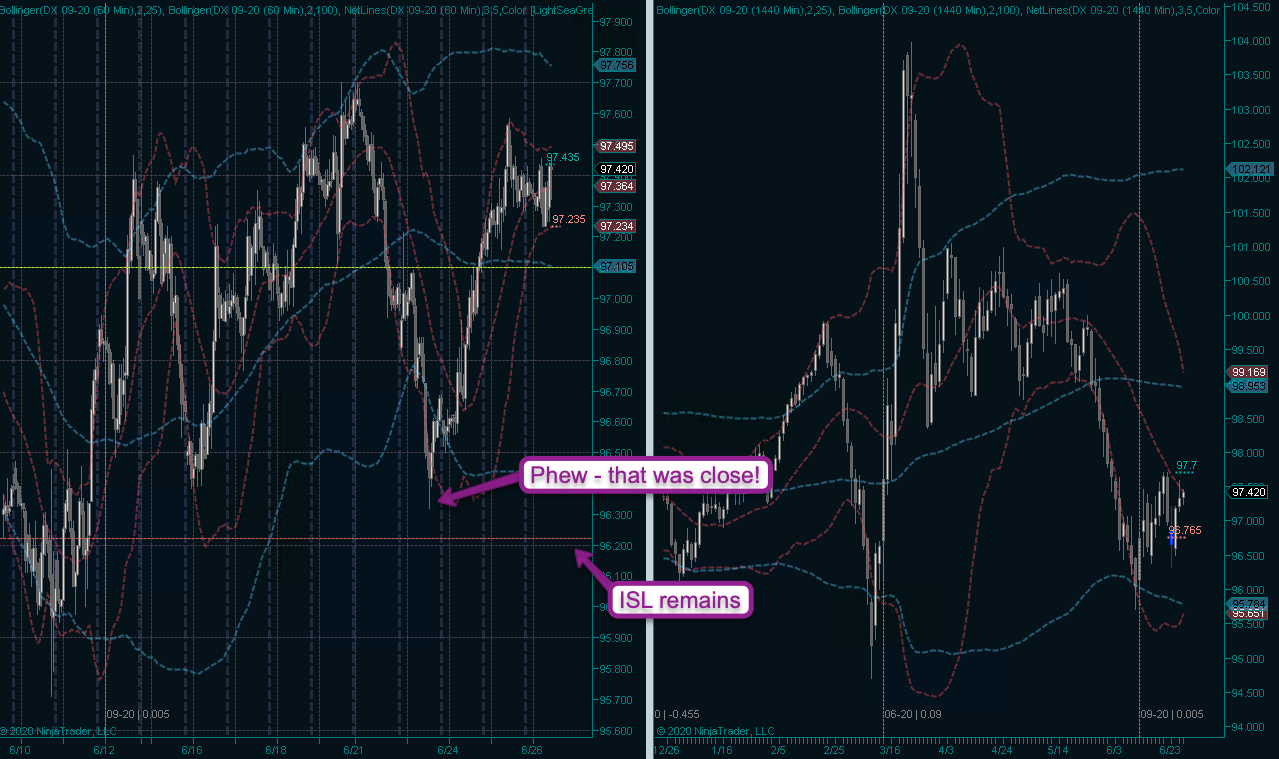 Ergo my DX campaign has continued to treat water and almost swiped my ISL. It’s turned on a dime since and the poor battered tree in front of my house is safe for another day. ISL remains until I see a touch of the 1R mark. 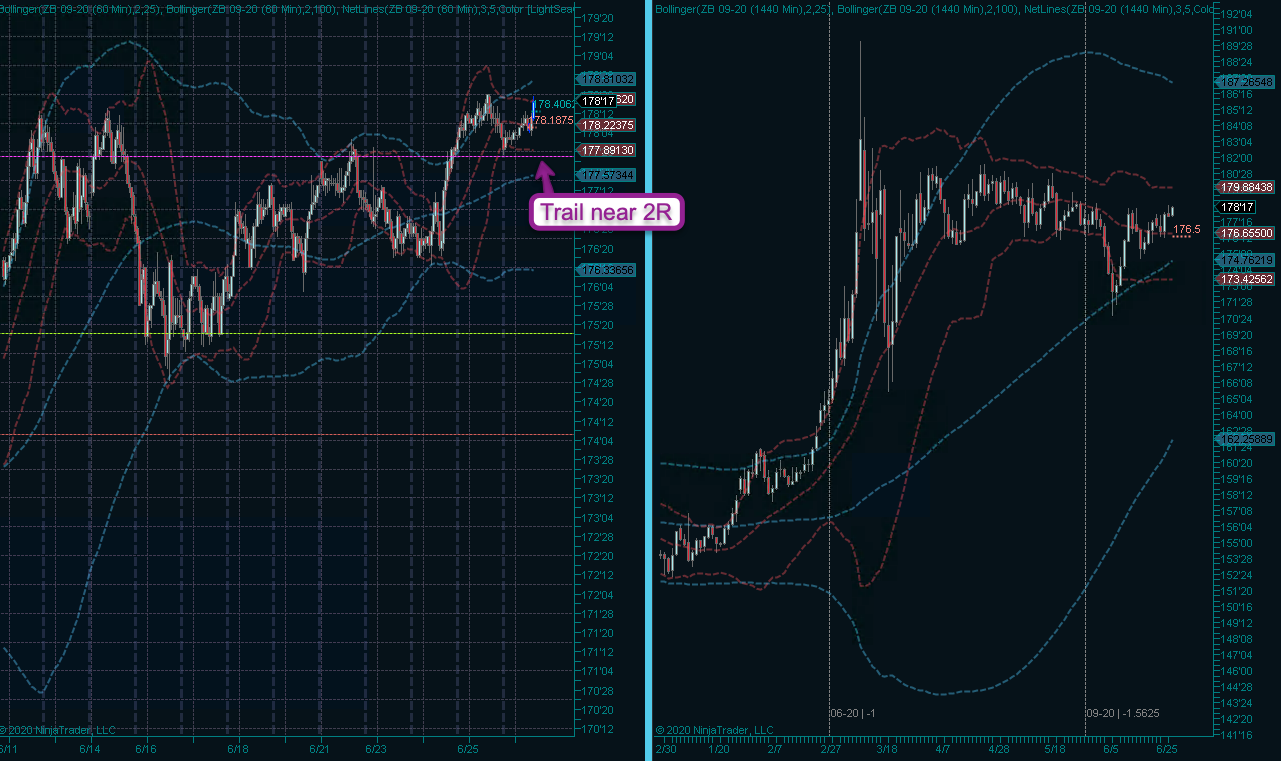 Fortunately my ZB campaign is in much better shape and I’ve now advanced my trail to the 2R mark. If 178’12 can be breached then we may have ourselves a real runner here.

Otherwise there’s not much else to report as for the moment. Next week should be interesting as it’s statistically the most bullish of the year. It also happens to be a holiday week as markets will be closed on Friday the 3rd.