The Art Of Hedging

I have long given up trying to make sense out of the giant mess the world as a whole now seems to have maneuvered itself into. While the respective political camps are engaged in an information war eager to point fingers at each other keep in mind that none of that will change the realities on the ground. Which are now becoming ever more sinister by the day. It is my sincere belief that a large part of what is currently unfolding is self-inflicted and the direct result of a long and apparently never ending sequence of bad decisions, all of which are now in the process of converging into an economic disaster of biblical proportions.

Given that realization it would be easy to become frustrated or despondent given the new reality we now all find ourselves in. However that is not how we roll here at Red Pill Quants. As the saying goes: When the world hands you lemons – make lemonade. Of course that’s more easily said than done in the financial arena, but it would have been a sad state of affairs if we hadn’t learned a thing of two since we embarked on our mission of market mischief way back in late 2008.

In fact there are three lessons we all learned back then – some of us the hard way: 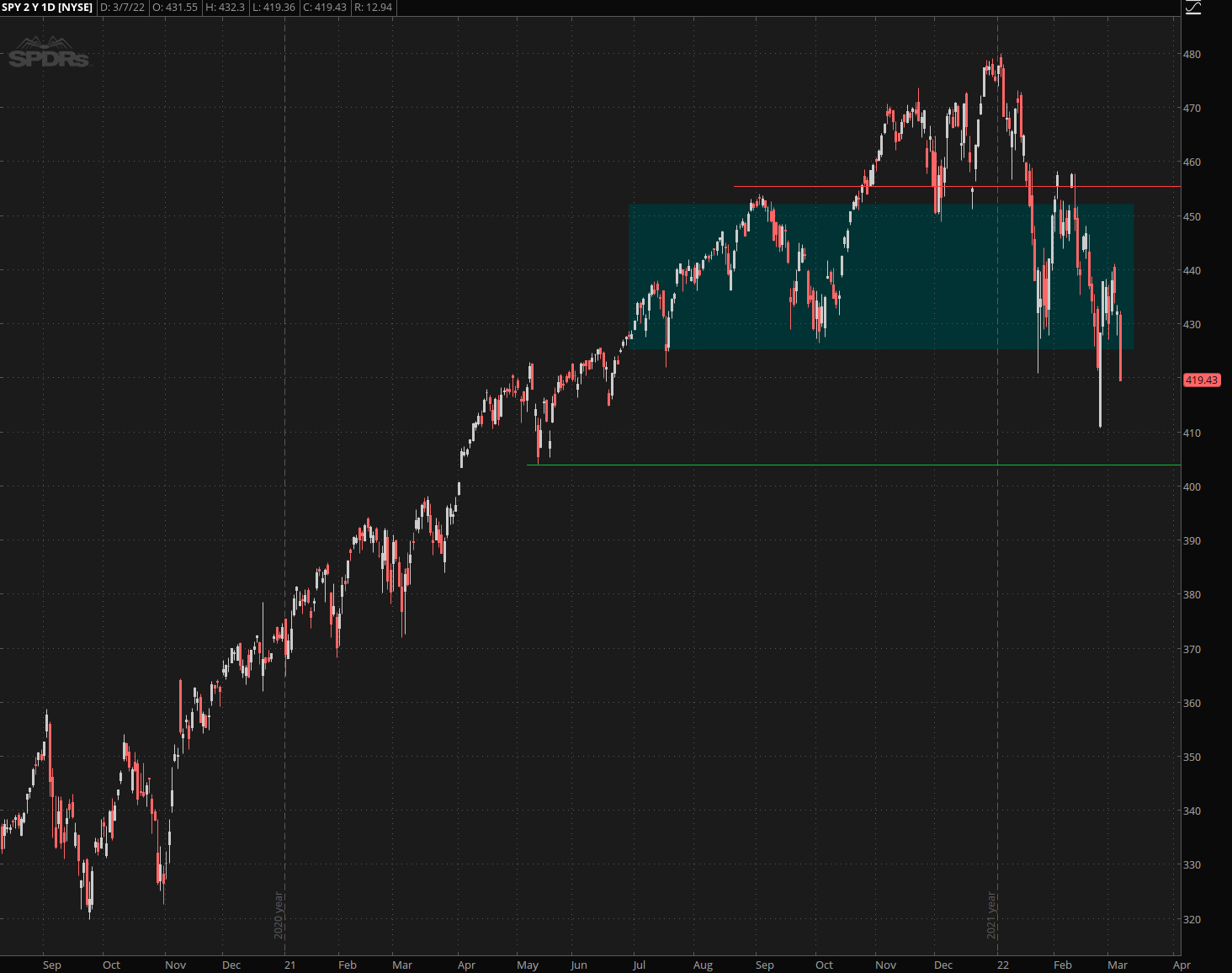 So every time the market looks like it may just fall off the plate my first thought revolves around three main considerations:

Quite frankly speaking over the course of the past decade I never ever made it past consideration 1) as I quickly learned that the Fed would never again allow equities to enter a meaningful bear market. During that time I did fairly well playing the various downswings full knowing that eventually a floor would magically present itself, and thus set the stage for yet another short squeeze.

However after 14 turbulent years filled with numerous financial machinations we have now arrived at a point in time when I believe that the odds of a large scale market correction outweigh that of a recovery and continuation of the bull market. I have come to that conclusion for a whole host of reasons that would exceed the scope of this post, but if you’ve been a visitor for any meaningful time then I’m sure you know what I am referring to.

With criteria 1) out of the way let’s proceed to 2) which revolves around the time window we are dealing with here. Given what I am seeing on the chart above there are 2 scenarios that appear to be the most plausible:

A) the market falls off the plate in the course of the next two weeks.
B) We bounce near the $4k mark and spend the next month or two in a sideways churn until the floor finally gives way.

Yes there is a bullish scenario but that’s a topic for another day.

Since criteria 2) suggests that it may make sense to put on a downside hedge – or a speculative bearish trade if you will, the hard part lies in figuring out how you can actually take advantage of the impending doom and gloom without a) taking on a lot of risk and b) running out of time.

By taking on a lot of risk I refer to going short the market via e.g. sale of an E-mini contract or perhaps through shortening the Spiders.

By running out of time I refer to e.g. going long a put position which suffers immensely from time decay as well as volatility swings.

Here’s the solution to our conundrum. I call it the CYA spread and I posted it late last month over on our trading floor. It’s a four-legged option spread that effectively acts like an ITM put but is not only a lot cheaper but also suffers a lot less from theta burn. Which means it keeps you in the game on a long term basis, which is crucial when it comes to surviving a bear market.

To give you an idea of how effective this spread can be I have pointed out the current price position of the Spiders on the profit graph I posted along with my entry. We bought this spread two weeks ago and the current single contract profit is $309.50 ahead of today’s open. Bear in mind that this profit graph does NOT consider the impact a further explosion of implied volatility will have.

If you want to learn more about how to properly hedge yourself for potential disaster in the financial markets then shoot me an email and I’d be happy to point you in the right direction.