Swing For The Fences

It’s a short trading week and on average they do tend to be a bit sleepy due to a lack in participation. This was evidenced by the reduced weekly trading range stats I posted on Monday. However the gyrations we’ve seen thus far are tantamount to running in circles, which potentially opens up some interesting low probability profit opportunities for us.

While I’m the first one to point out that there’s a stark difference between trading and gambling I am not opposed to taking on a low probability high payoff trade, especially when I feel that the odds are in my favor. Before we get to all that let’s set the stage: 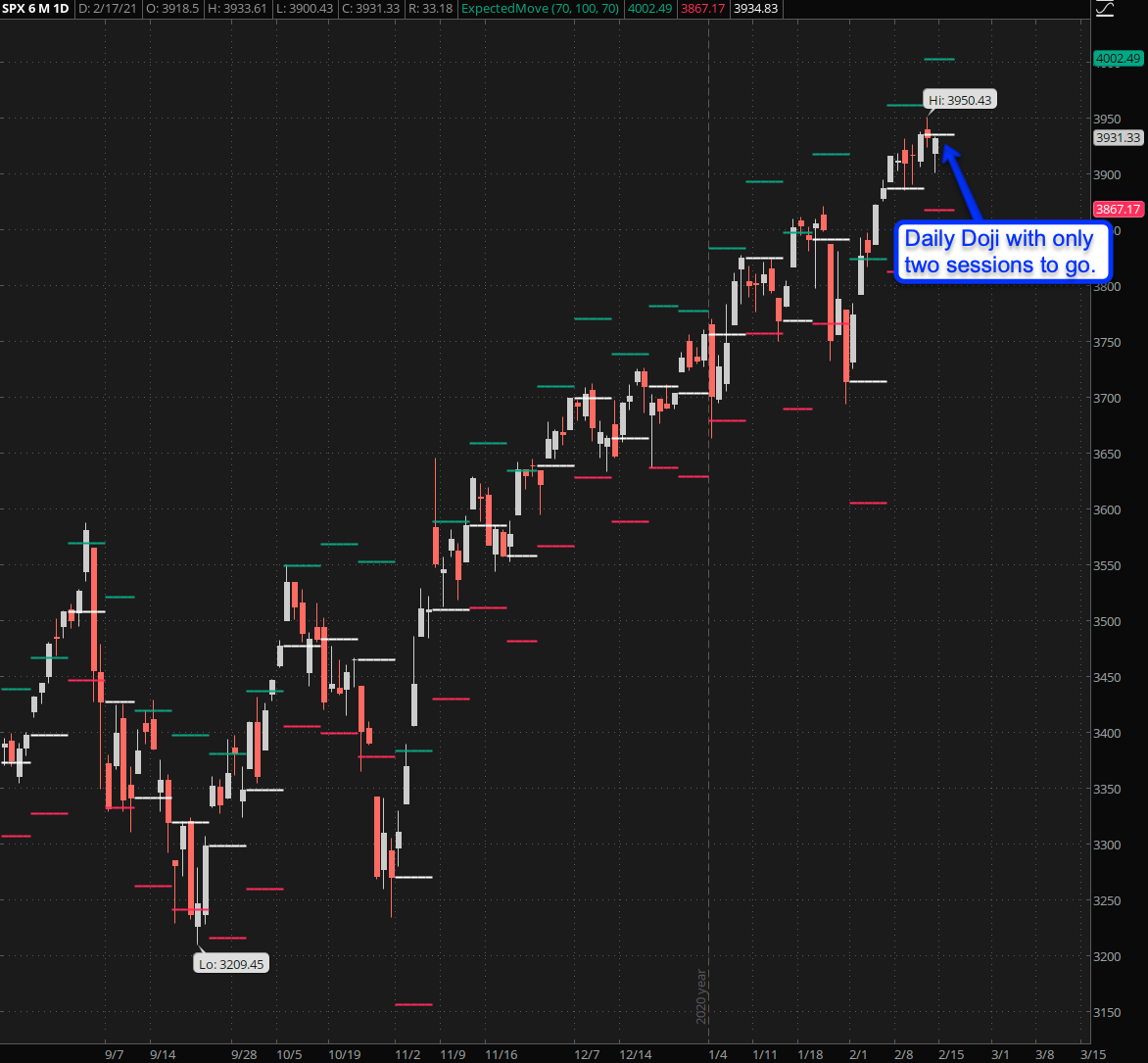 As of now the SPX is painting a daily doji (minimal body with long wicks) with roughly sixty handles in expected move to the up and downside and only two more full trading sessions to go. 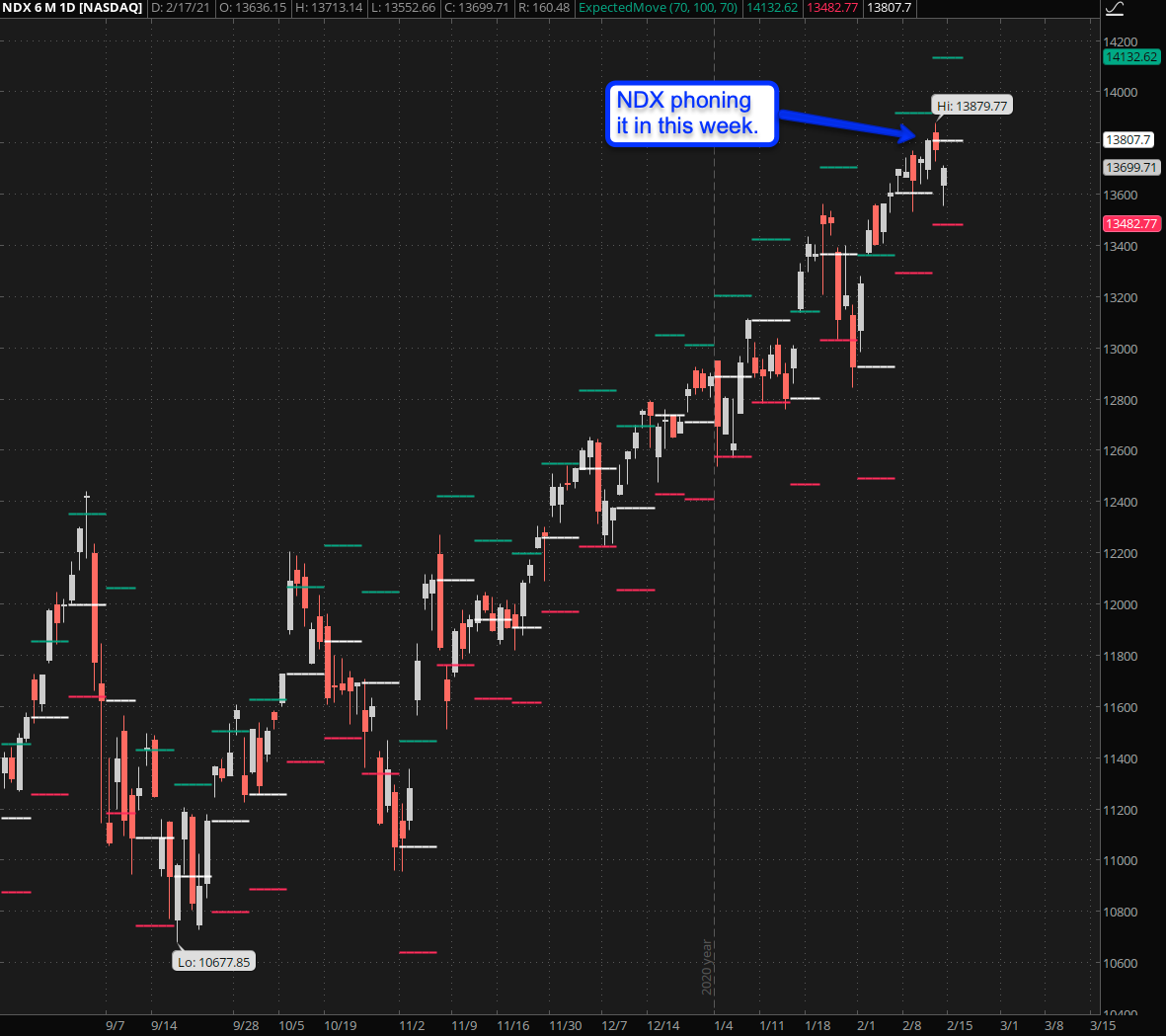 The NDX is sort of phoning it in this week and doesn’t seem to have a clue as to where it wants to go. This is to no doubt caused by the sideways gyrations we have seen in the monsters of tech over the course of the past month.

Also if you look closer, and compare it for example with the RUT below, then you’ll see a LOT of gapping action which does not suggest a highly volatile and somewhat erratic market. 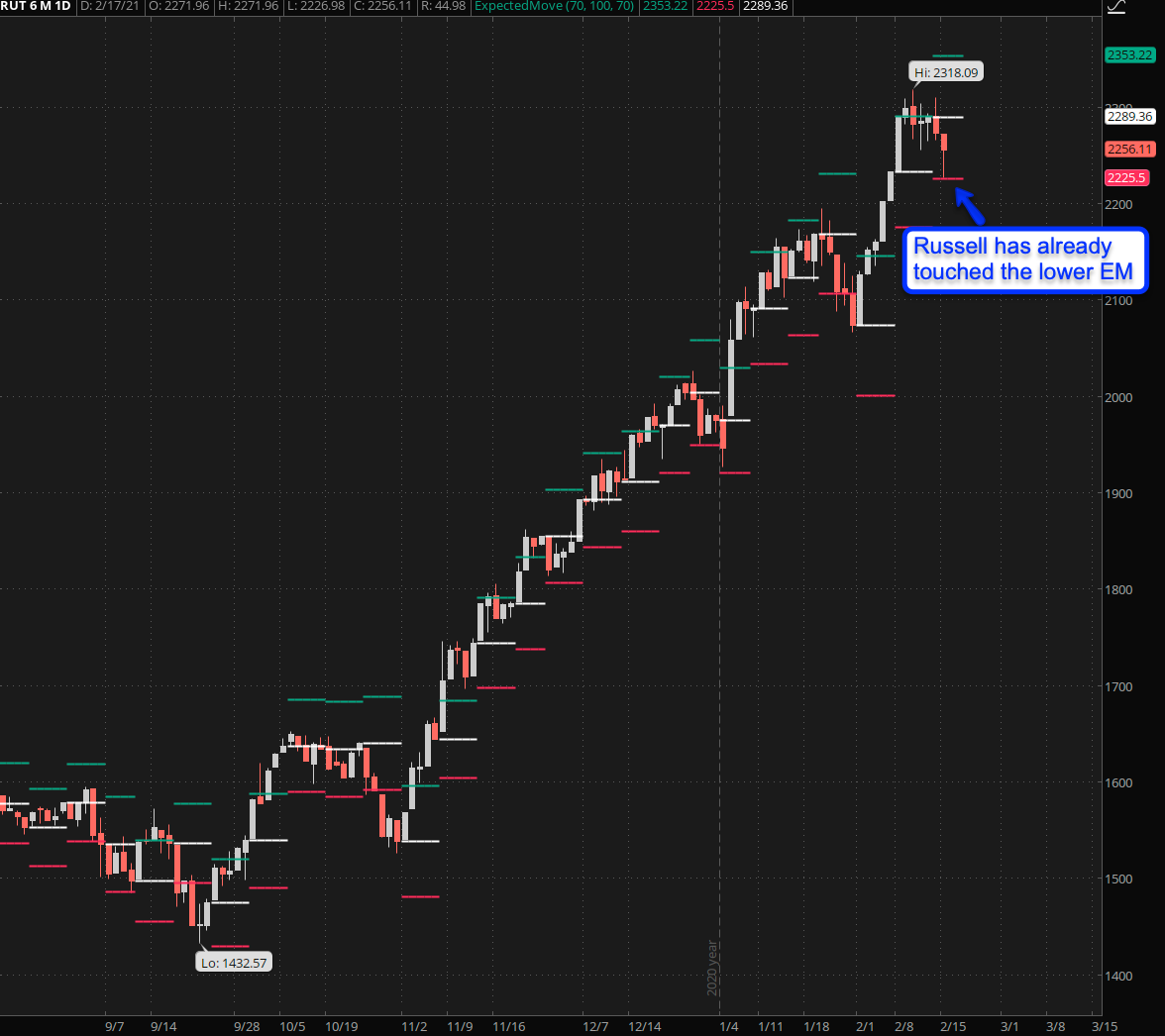 The Russell – having run on rocket fuel since early November surprised a little bit as the weakest of the litter but it thus far has been able to hold its own lower EM near 2225.5.

So after reviewing all the above Baldrick, my new financial analyst, proposed a cunning plan: