If you’re feeling a wee bit overwhelmed by the non-stop doom & gloom and the depressing news that seems to be saturating the mediascape these days then you’re certainly not alone. Given the increasing chaos that inches ever closer to home it’s easy to find yourself stuck in a rut or to fall prey to a sense of hopelessness and fear of the future. My personal remedy to weather through what I call the ‘age of despair’ (you heard it here first) is very simple.

Create your own personal bubble of happiness and fill it with as much joy, love, and accomplishment as possible. It’s really not that hard and you’d be surprised how little is required to live a rich and fulfilling life. Focus on what’s truly important and not what you are regularly told should matter to you. 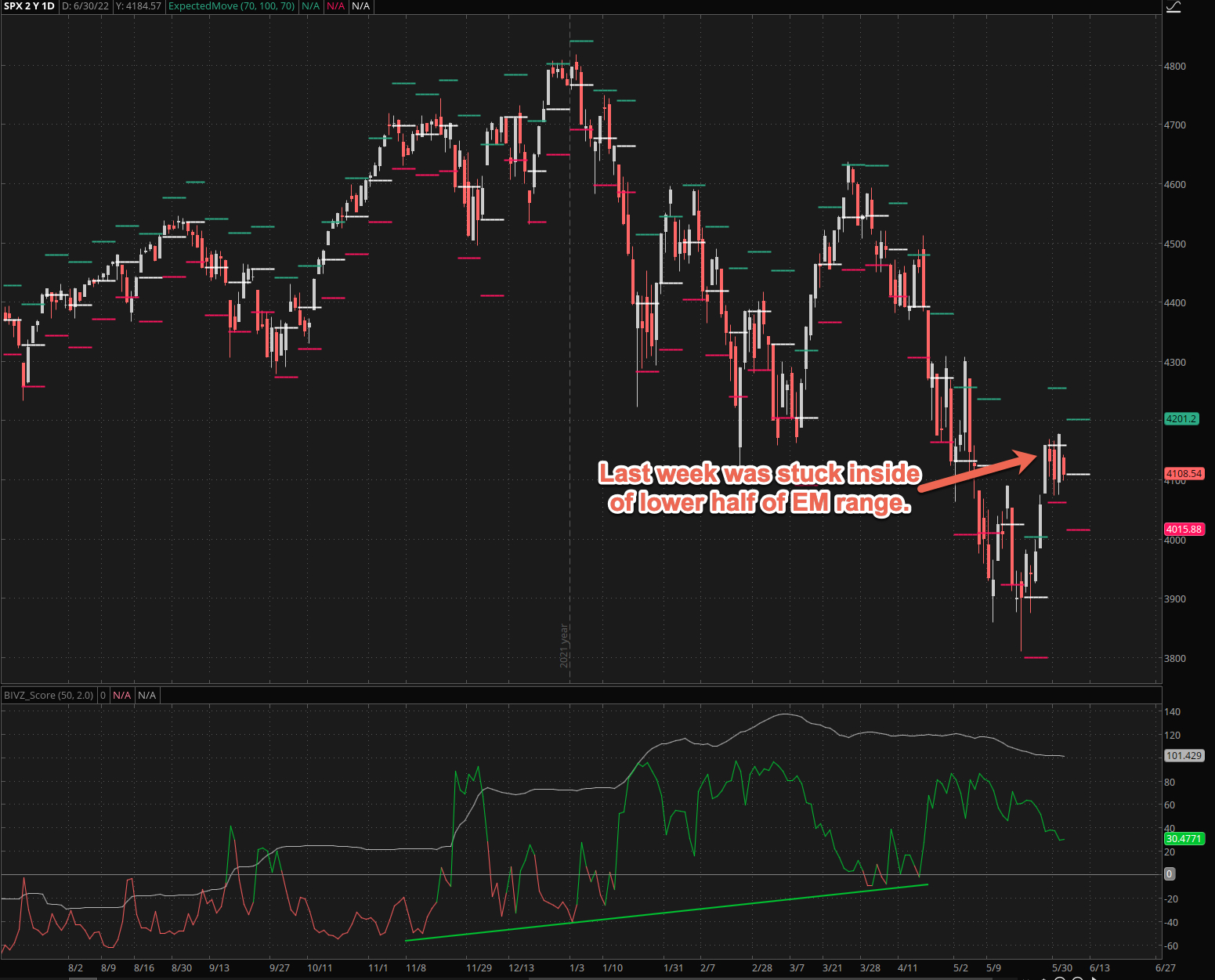 Besides, call me the eternal optimist but the dimmer the outlook the brighter the potential for massive improvement. Or as the old saying goes: It always is darkest before dawn. Now, despite one of the worst quarters in S&P history the situation in the equities market appears to have turned the corner, but we are far from being out the woods yet.

The late May rally seems to have stalled a bit and we spent almost the entire last week in the lower range of the expected move range. The Monday session just opened with a nice pop but we really have to start breaching the upper EM range for the current reversal to unleash some of those animal spirits again.

And I’m not talking about ostriches either 😉 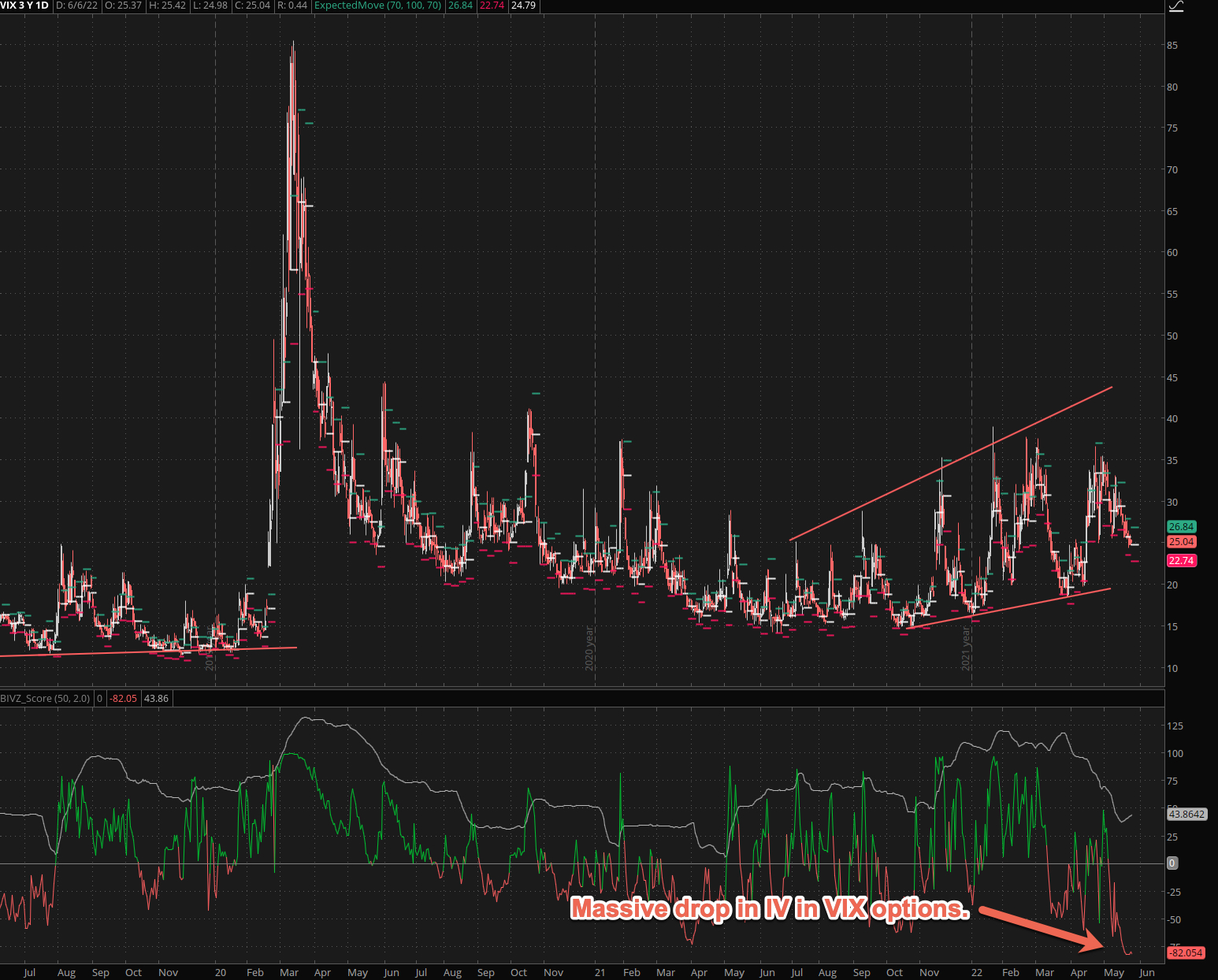 What caught my attention this morning is the massive drop in IV on the VIX – I think this is actually courtesy of the VX futures but I observed it in the options chain as well. Given that the VIX is still near the 25 mark I’m frankly surprised about that and wonder if something’s cooking here.

Could it perhaps be that certain insiders already know that the Fed may decide to halt further tightening ahead of the midterm elections? Or let me put it this way: would you be terribly surprised if that’s exactly what’s going to play out? The more talk I hear about future tightening the more I’m inclined to expect the exact opposite. 2017/2018 serves as a handy guide as to how yet another generation of bears got massively punked and then taken to the cleaners in a biblical short squeeze from hell. 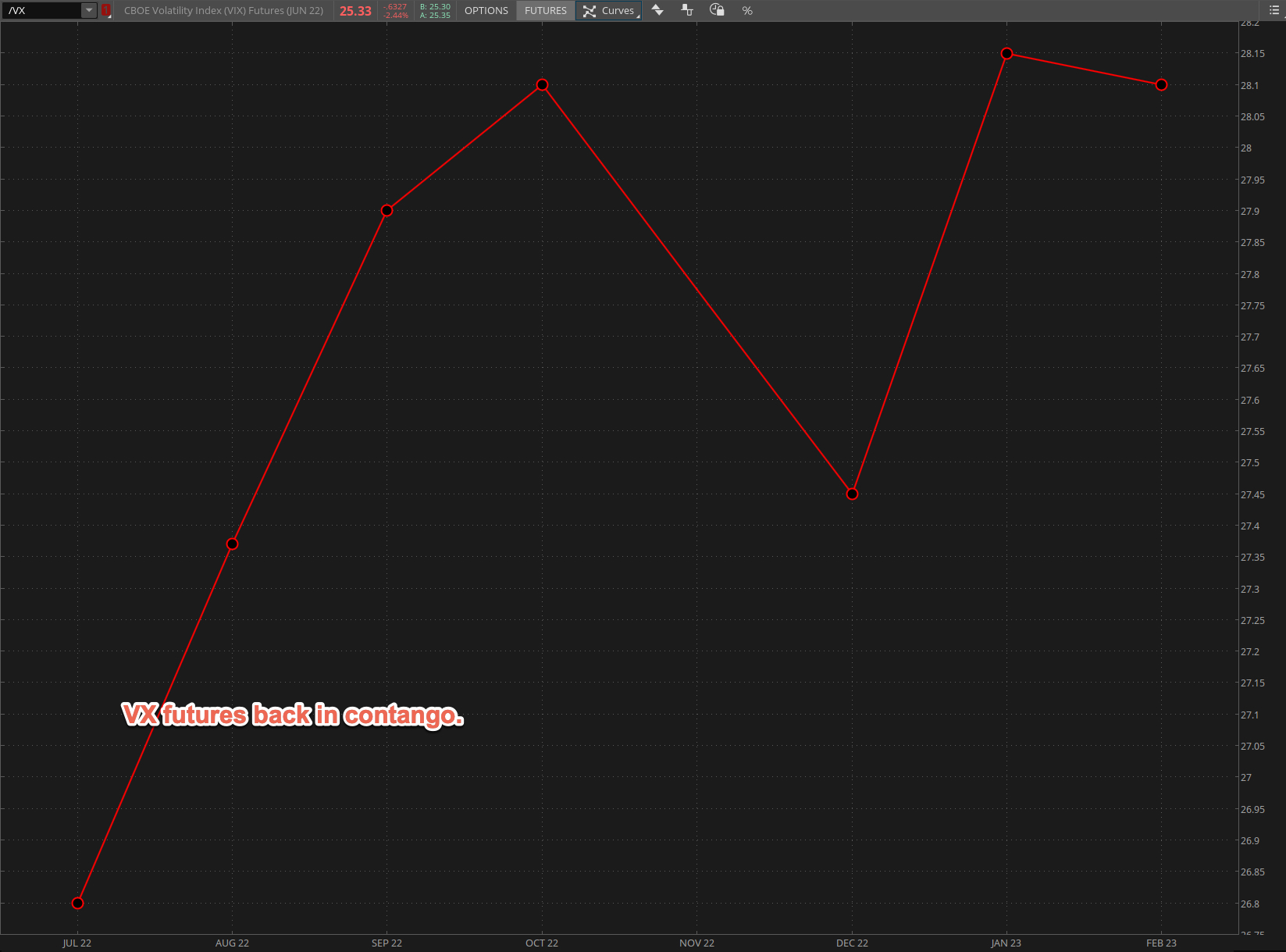 I also can’t help but wonder why the VX futures are back in steep contango, given that the world’s about to be consumed by fiery plumes brought on by nuclear armageddon and all. Or could it perhaps be that the Ukranian adventure is already being sidelined in anticipation of the next ‘big idea’ ready to be packaged and served up ahead of November?

The show must go on after all, just expect to pay triple or quadruple of what you used to pay for gas and heating in the foreseeable future. 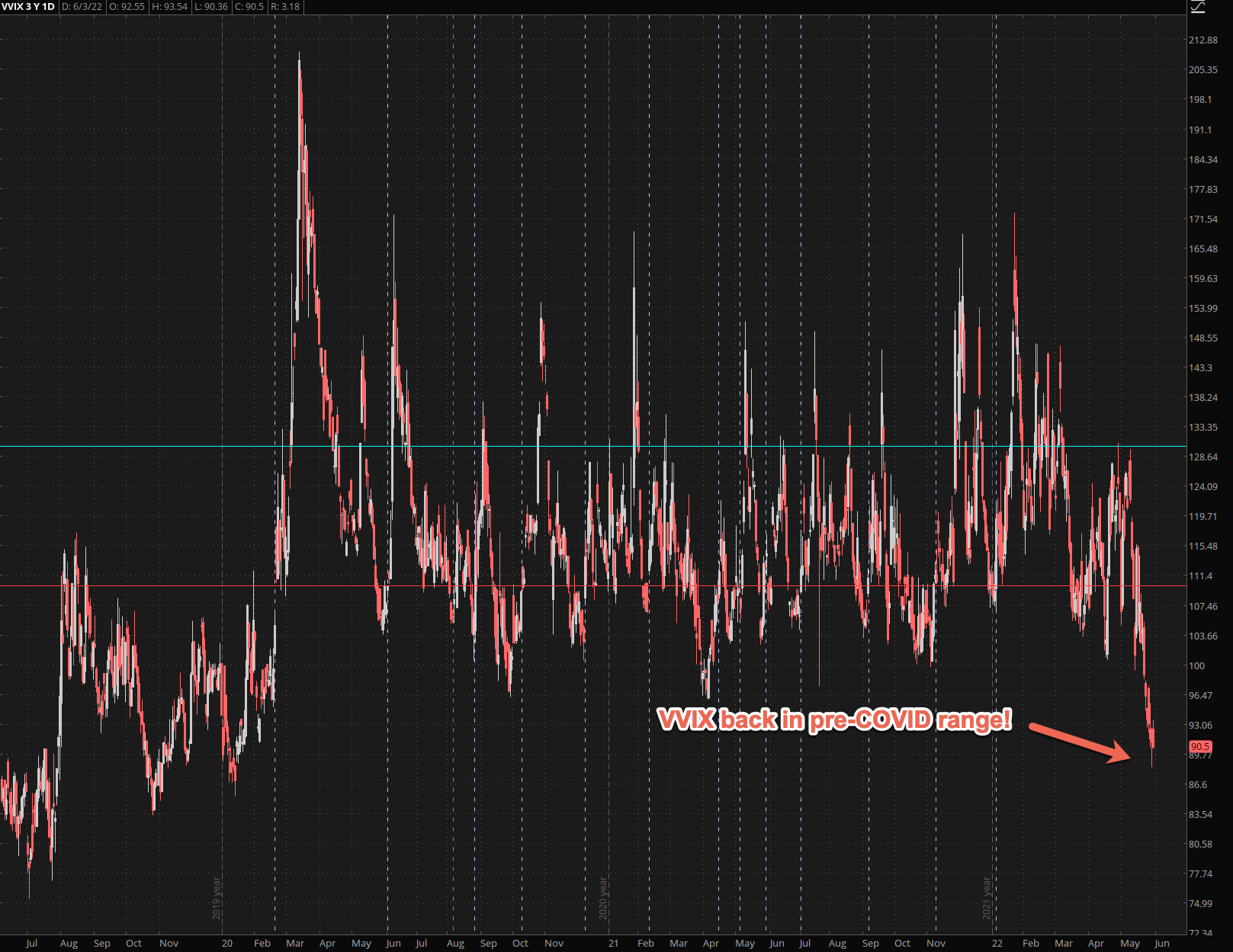 Saved the best for last: The VVIX has been steadily dropping over the past month. Silly me for not paying attention over the past few weeks and I have to confess that I would have not expected this given the accompanying price action.

So what’s the take away here? Again very simple: Don’t end up holding the bag, and if you’re still holding short you may want to consider at least hedging yourself for the potential of a bonafide bear market rally from hell. You have been warned.