I have always refrained from commenting about politics as there are a myriad of sources out there plus I generally deem it to be counter productive to our mission at hand. Which of course is to succeed as traders in the financial markets – period. As such today will be no exception. But watching events in Minneapolis and other U.S. cities unfold over the weekend I could not help but feel a growing sense of surrealism above anything else.

Seeing streets filled with looters donning surgical masks was an image picked right out of some dystopian sci-fi movie. Except that it’s happening right here right now all across America. Now, I’m no spring chicken and this is not the first time I’ve watched things get out of hand.

Just a few months after I moved to Los Angeles in late 1991 the L.A. riots happened and a few years past that we got hit by the Northridge quake. Then 9/11 happened and obviously the world has not been the same ever since.

And to be clear – riots, looting, and chaos are not exclusively an American problem. Over here in Europe we’ve had our own share of craziness over the past few years. In particular in Italy and here in Spain which was especially hard hit economically over the past decade and now again during the COVID-19 epidemic.

We are just now slowly emerging from a complete 2-month lock down. But the social and economic toll that this has taken is only now coming into focus, and the picture that’s developing is not a pretty one. Wherever I look these days I see chaos, conflict, and economic turmoil. Another financial crisis seems to always lurk around the corner. And sadly this is the only reality the maturing generation of Millenials have ever experienced.

To be honest, if I was one of them I may be out there myself throwing bricks and looting stores. Not because I’d think that it accomplishes anything but because of sheer frustration and because I had never ever been offered a sliver of hope and stability. There are a lot of angry people out there and I fear things are just going to go from bad to worse from here.

And I have to be honest. I’m in my mid 50s now and at best I have another 25 or 30 good years ahead of me, assuming the world doesn’t come apart by the seams in the meantime. And given that the past 20 years have been a complete nut job I am increasingly thinking of extracting myself to a more isolated place that remains relatively untouched by daily onslaught of madness.

Which – after this lengthy introduction – is the very point I would like to make. Before you get upset or angry when watching the news or even witnessing events in your own neighborhood, ask yourself this: Is this the reality you always wanted for yourself and your loved ones? Do you really need all this in your life? 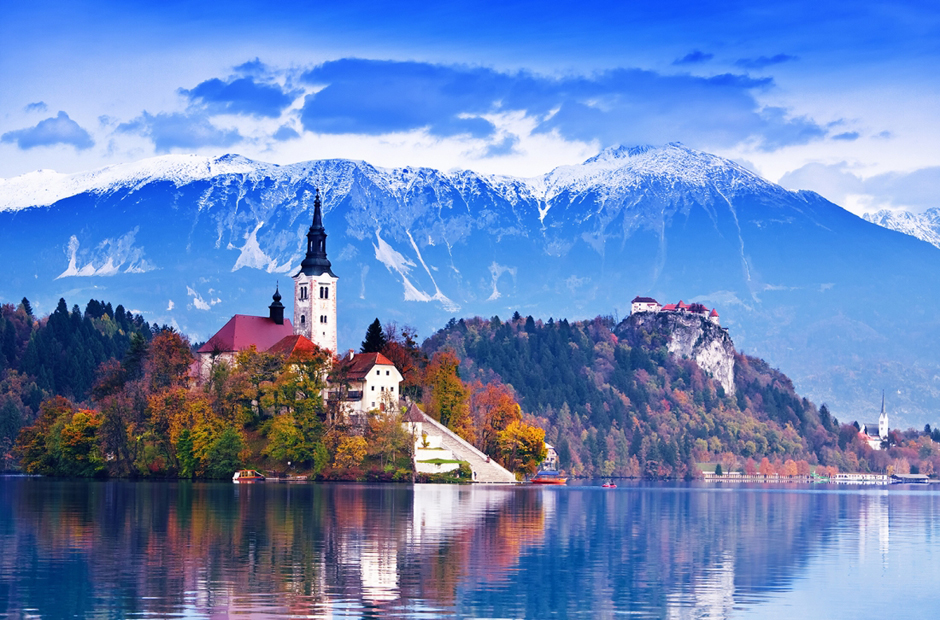 The one big advantage we have as traders is that we are location independent, especially these days with high bandwidth connectivity becoming available in even the most remote of places. Which means we are not dependent on an employer and we don’t commute hours and hours to slave away at some dreary job we hate. In fact it was the prospect of personal independence and liberty that convinced me to quit being an engineer and trade for a living full time about 12 years ago.

Last year my wife and I visited Slovenia for the first time and found ourselves in a literal ferry-tale land of beauty and tranquility. You won’t see any riots there anytime soon and life feels like you’ve just gone back in time 50 years. The air is pure, the streets are spotless, the yards manicured, there’s barely any traffic, people on the street smile at you, everyone seems happy and content.

When comparing Slovenia and a handful of other places we’ve explored with what I see unfold in many parts of Europe and now the United States the choice of where to plan my retirement is pretty clear. The language may be tough to learn but that challenge seems minor with having to continuously deal with the increasing madness we see all across the world. 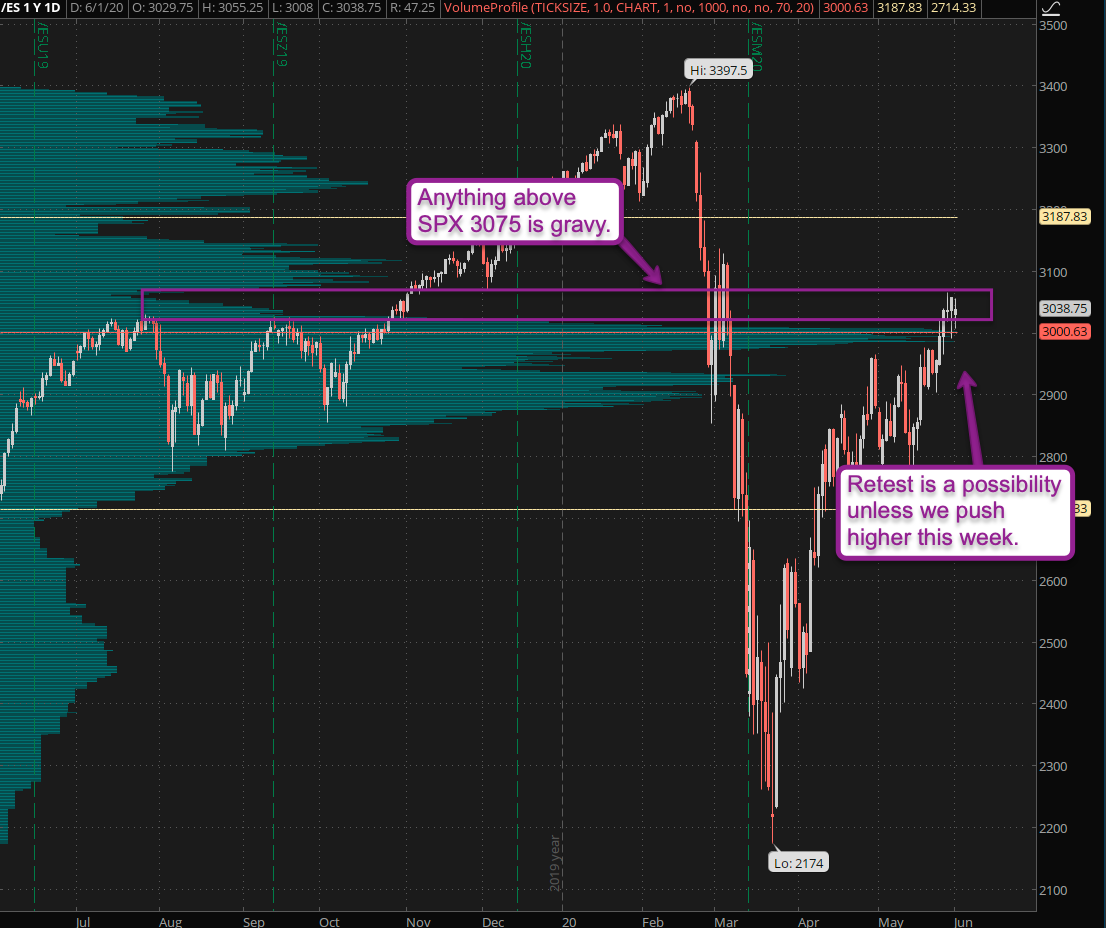 Okay now let’s talk markets. I’ll basically tell you my medium term perspective first and then I’ll show you why. The E-Mini is attempting to breach a small volume hole near the ES 3050 mark and if it makes it > 3075 anything above is gravy and IMO more or less procedural.

A retest of ES 2950 or even ES 2900 however is not impossible and the odds increase if we don’t see upside progress that pushes us above 3100 by Friday. 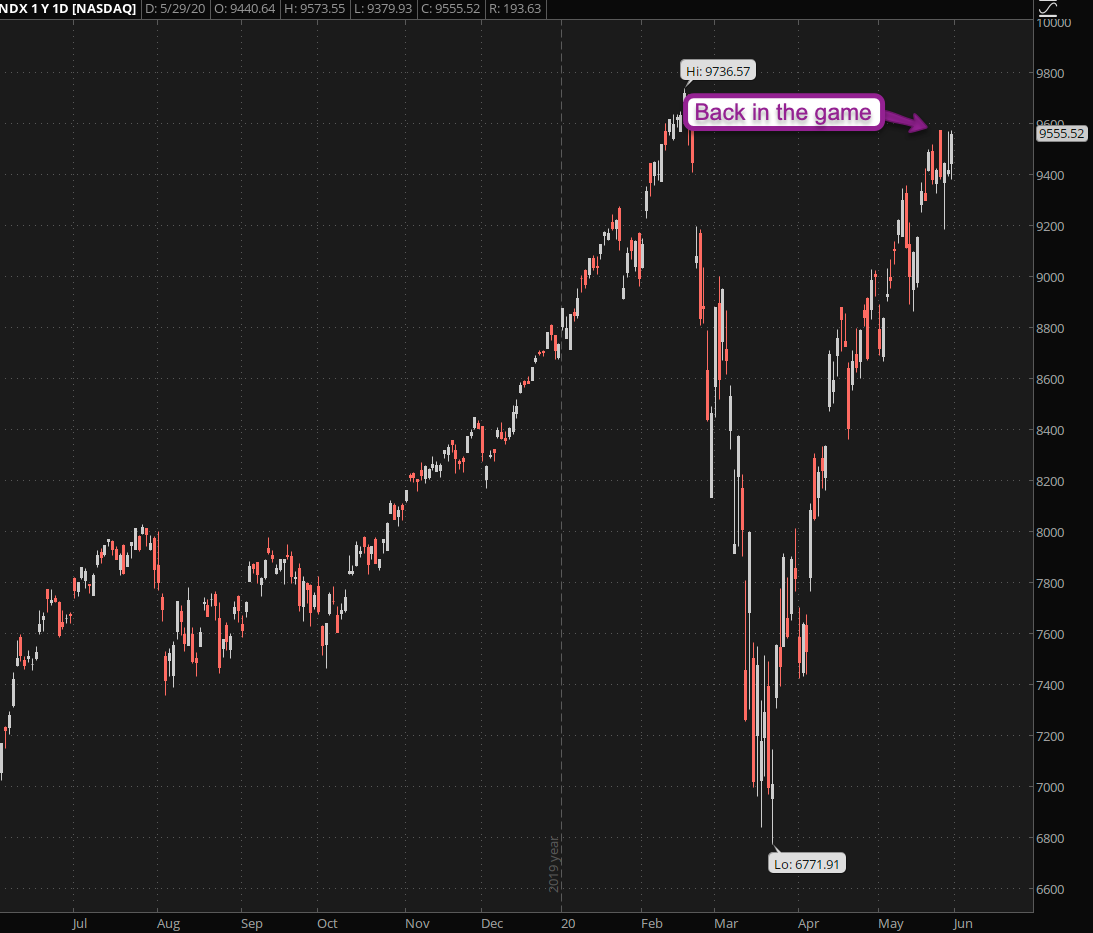 While the SPX continues to slow down the NDX appears to be back in the game. It’s now scraping 9600 and after retesting the big February gap we seem to be prone to challenge the all time highs in the near term future. So if we see a punch higher on the SPX then it’s probably spearheaded by big tech. 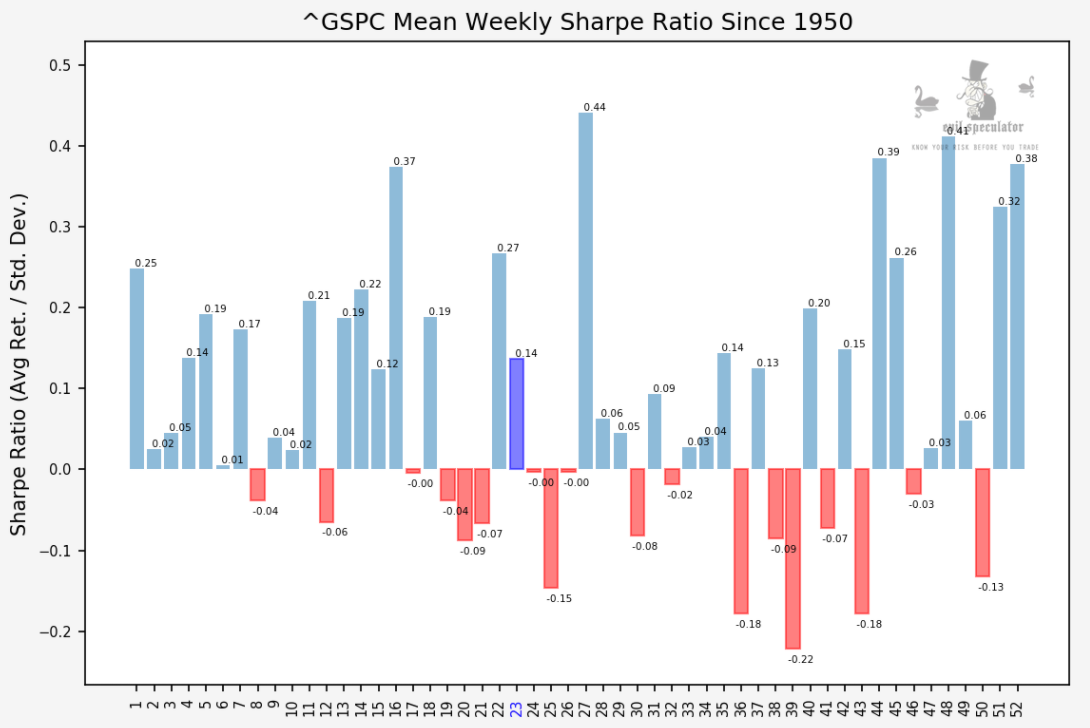 Now let me tell you why we need to see upside progress this week lest we fall back for yet another retest. Historically speaking last week was the strongest in May and the first week of June is by far the best statistically of the entire month.

So given where we are a push higher into ‘safe territory’ would probably offer us a bit of buffer for whipsaw which I am pretty certain we’ll see in the coming weeks. However there’s a wee bit of a problem… 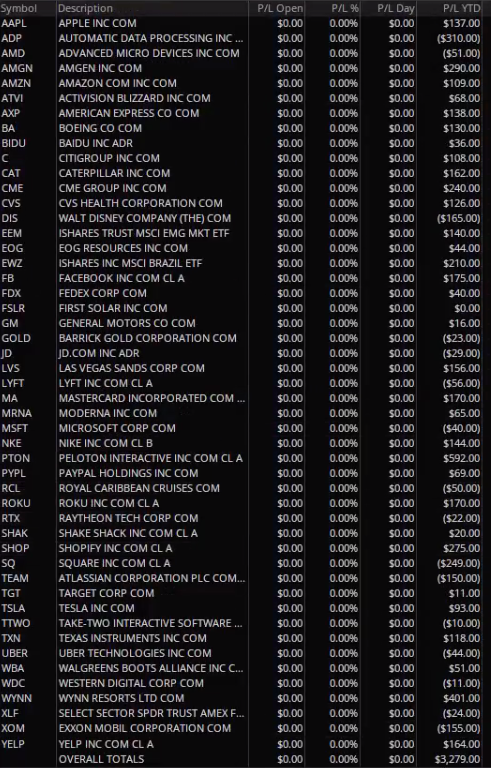 Before I run here’s a quick update on the adventures of Cap’n One-Lot over the past month. Last week Tony and I doubled our position sizing and closed out yet another profitable week. While our focus in the first two was mostly on earnings the final two weeks of May were exclusively spent on exploiting expected move.

As you can see it’s going very well which is very encouraging as we are preparing to launch our live trading room. Stay tuned on that front!