First up apologies for my perennial absence over the past month. As you may recall I’ve been planning to move my operation up to the North of Spain for quite some time now. Even before the COVID crisis life in Valencia had become too stressful and noisy as tourism exploded during the past decade. The constant drumming of the NYT and various travel publications for Valencia being the #1 expat destination frankly didn’t help matters.

So we decided last year to GTFO of Dodge and find a nice quiet place in the countryside. Our main challenge was to find reliable high speed Internet access of course. And after we had already settled in a wonderful place in Catalonia it turned out that Starlink in Spain was delayed by a year.

So having invested a ton of money already (including the purchase of solar panels) we had to find a whole new place to live which proved to be very challenging as you can imagine. We must have driven several thousand miles over the past two months as we had to go up and down the East Coast of the Spanish Peninsula countless times.

Fortunately last week we finally found a place that’s nearly ideal for the next six months which gives us time to find a more permanent situation. It actually was an airbn but the owner liked us so much that he offered us to stay until the summer. Which given the fluid situation in Europe right now seems like a good compromise.

The big move out of VLC is scheduled for this Friday which means we are in the midst of packing up our entire household. Plus we also had to organize a car as we never needed one living here in Valencia.

So big changes all around for this old homebody. Like most people I hate to move as it’s extremely disruptive, especially when it comes to running an online business. But it’s for the better over the long haul of course and I’m really looking forward to living without the constant hustle and bustle of Valencia all around us.

Having lived the past 30 years in mediterranean and hyper social surroundings both my wife and I are increasingly feeling drawn back to colder climates with regular seasons. That’s one of the reasons why we picked the North of Spain (Catalonia) instead of the typical expat dwellings near the coast or in the very South (e.g. Andalusia). 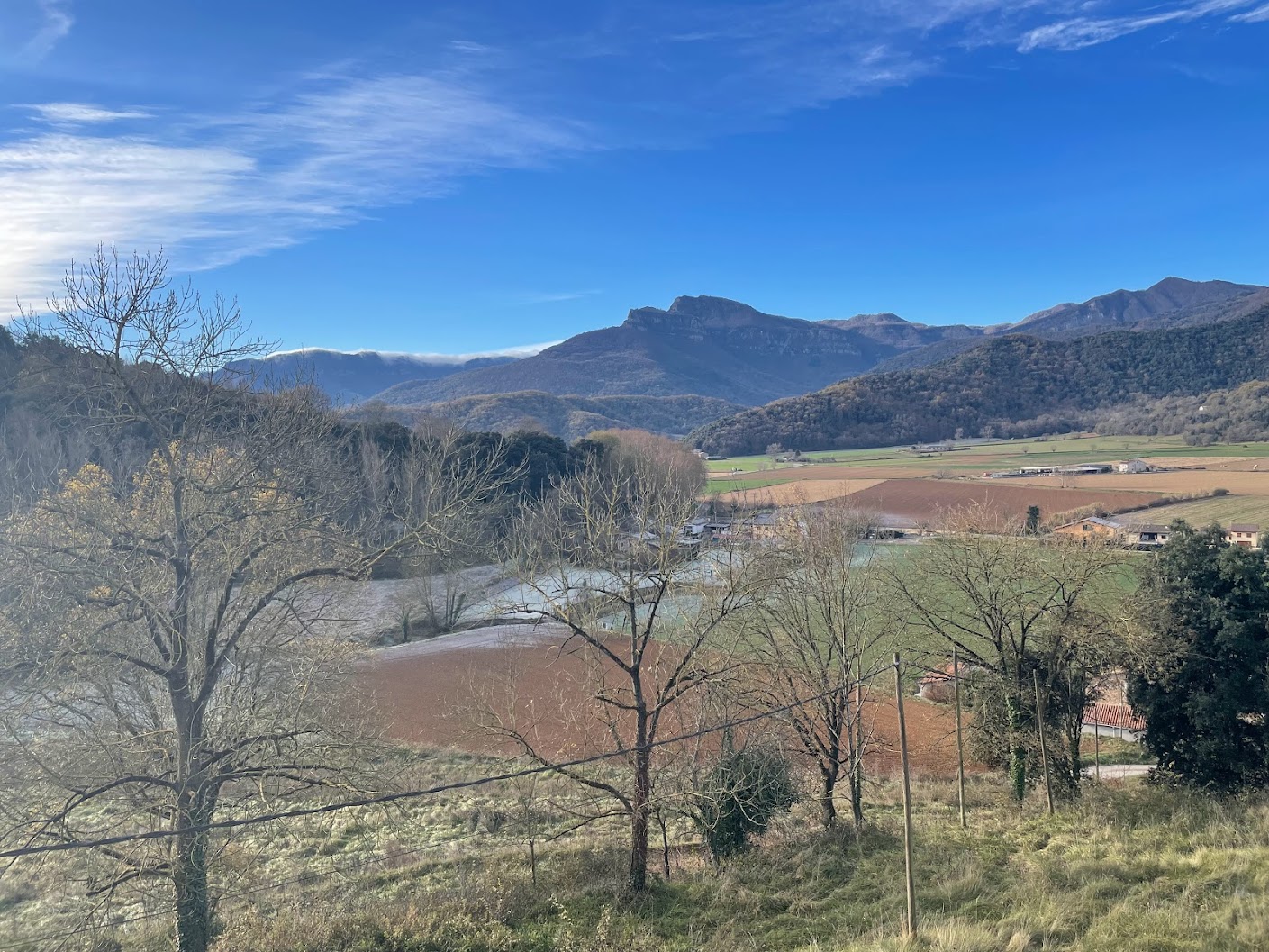 Here’s a snapshot I took from the top floor of the new house. As you cain imagine the air smells a LOT better there than down here in Valencia.

Anyway, I will be a lot more accessible and productive after Christmas again. In the interim my trading activities on the equities front will remain limited. 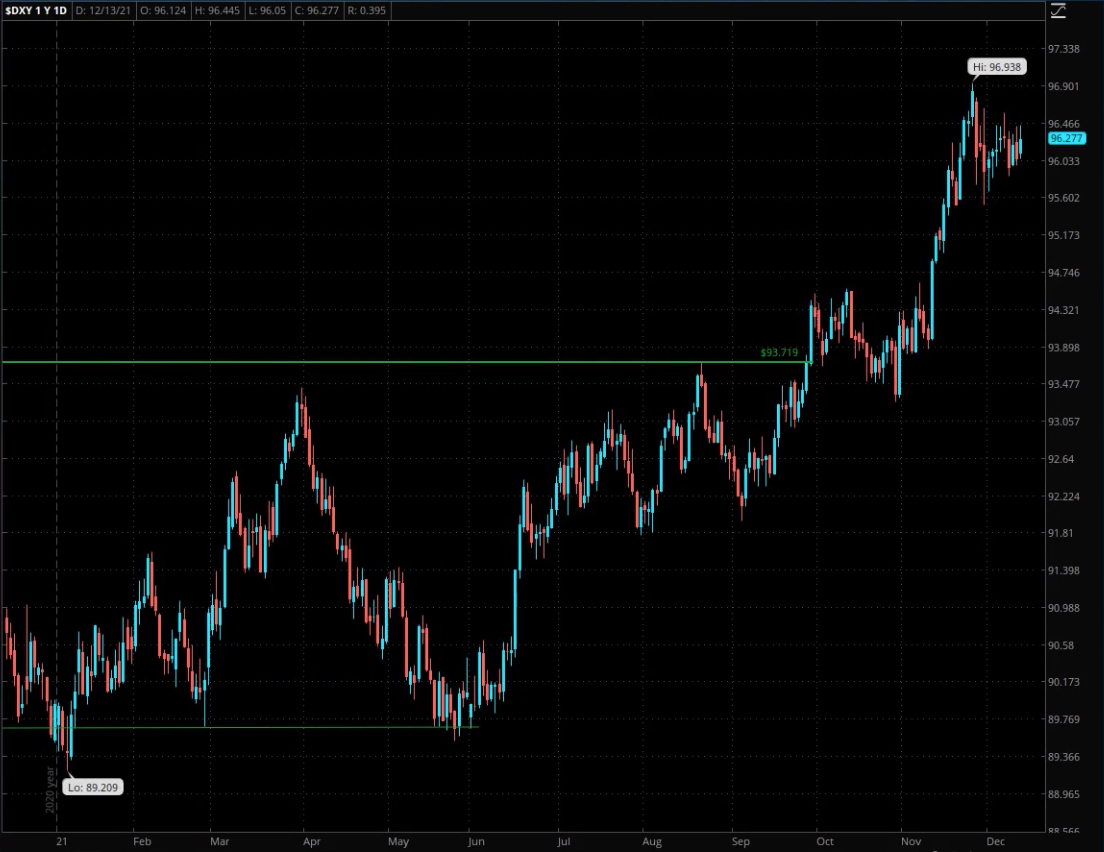 I’m still holding DXY which continues to work its way higher despite incessant talks about hyperinflation. I pretty much anticipated that during the summer and decided to grab some UUP long exposure – the entry was posted here. 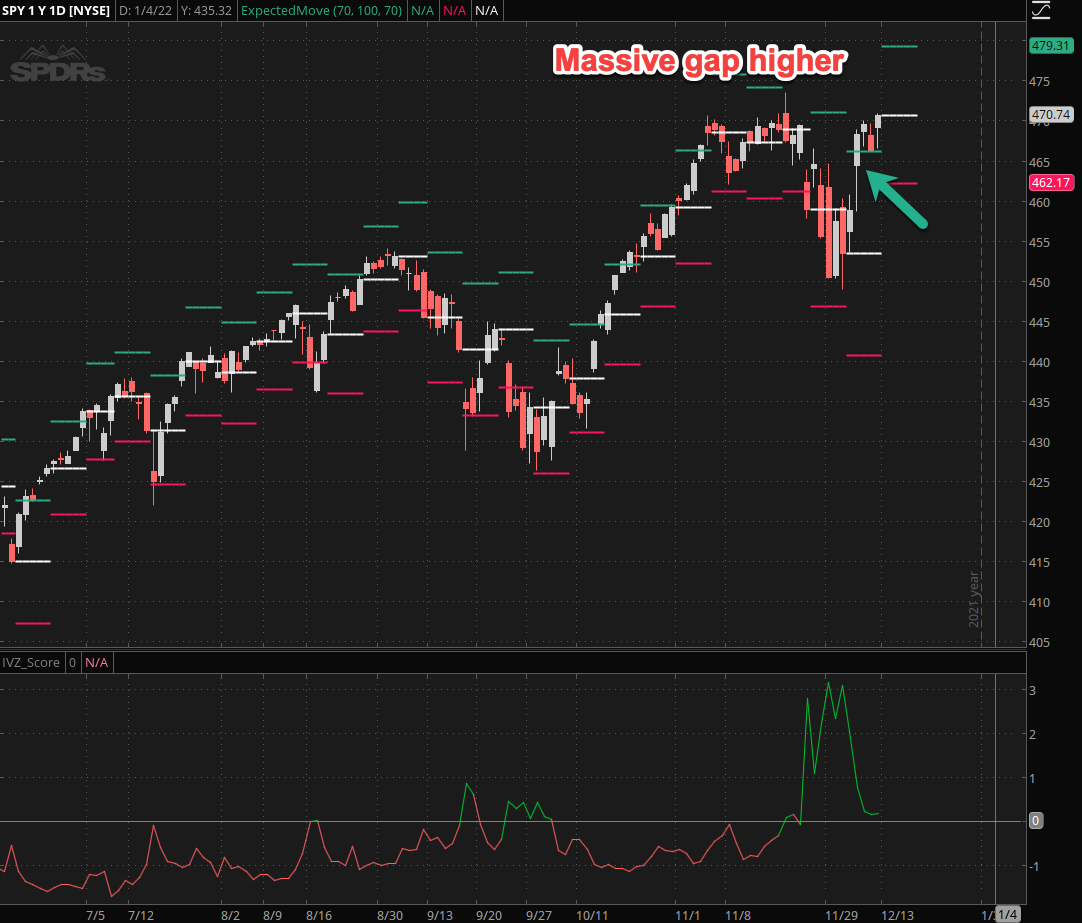 I’m going to watch the open on the S&P like a hawk as I’m rather fascinated about the recent price action. Observe the YUGE expected move range last week which is followed by a rather tiny one this week (#50) in comparison.

I plan on grabbing a bit of long exposure here – either a butterfly near the upper threshold or I may sell an OTM put spread – maybe both.