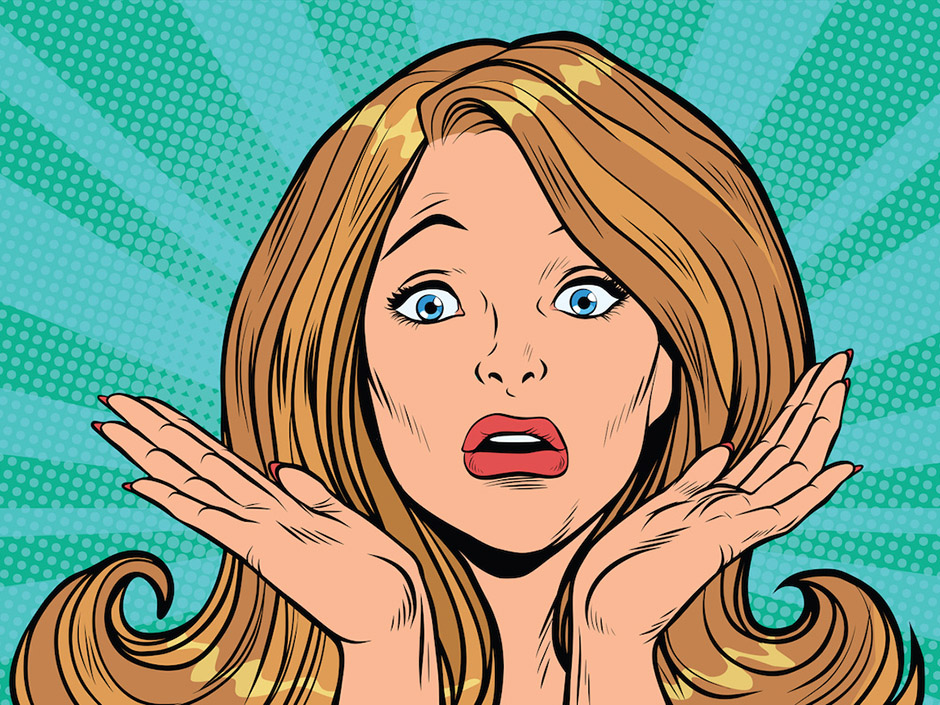 The big day of political reckoning has come and gone but as I suspected we are no closer to a final resolution than we were ahead of the election. Even worse, given what I am currently seeing across social and the mainstream media our nation may face many more days if not weeks of uncertainty.

What this means politically and socially is a topic I leave to the legion of hyper-caffeinated political pundits to debate, but what it means in terms of trading and investing is something I am more than happy to address. For it is exactly this scenario that the VX futures as well as IV across the option chain have been predicting for several months now. 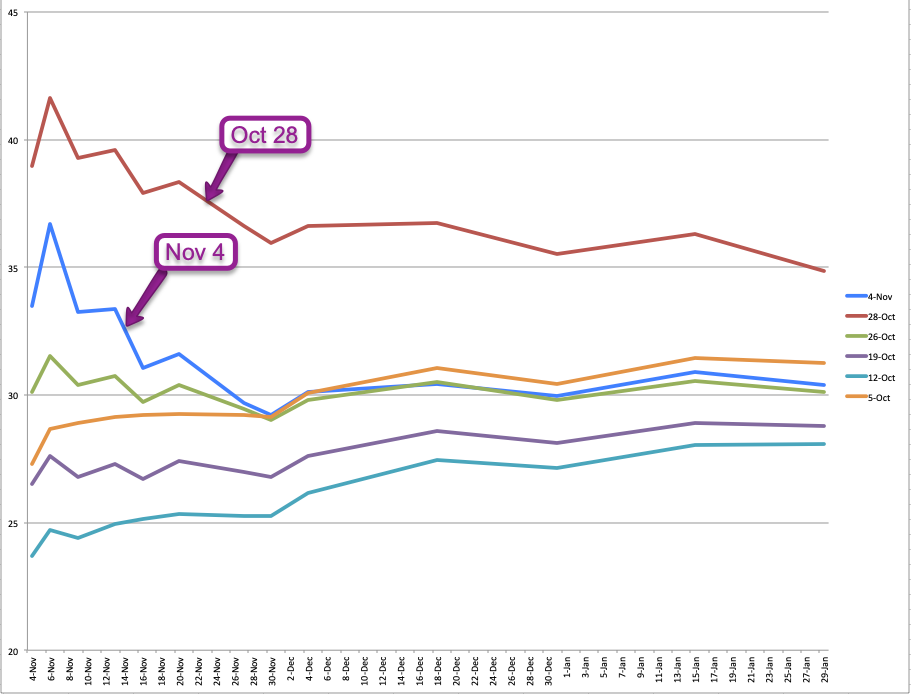 Which is vividly depicted by the progression of sentiment expressed by IV in the SPX option chain over the course of the past few weeks. What stands out right now is that – again as anticipated – pre-election sentiment spiked considerably and is now in the process of normalizing.

We still see quite a pop over the near term, which is understandable given that SCOTUS most likely will get involved, but over the medium to long term it seems that we have returned to late November for a final POTUS election tally to be announced. 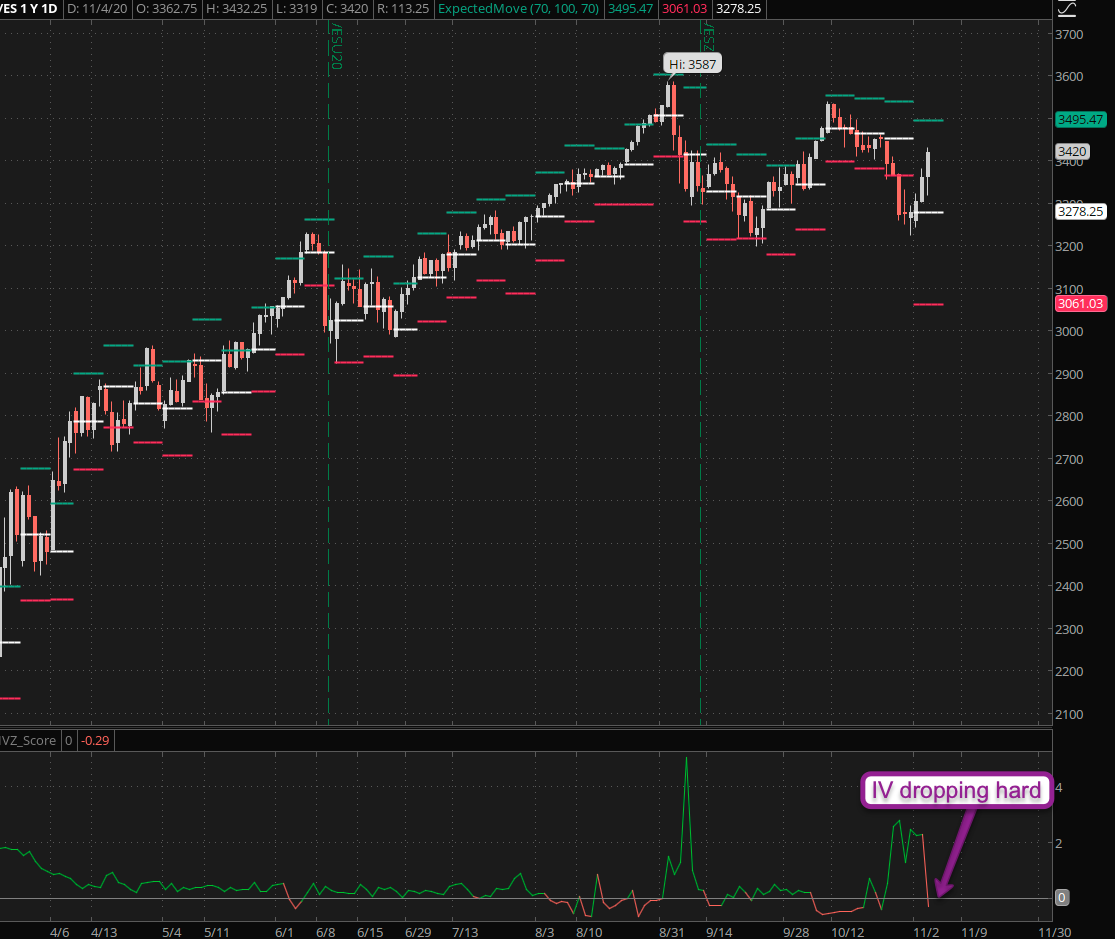 Of course short term this represents potential traps as well as opportunities to market participants. As you can see from the EM indicator the range expanded considerably going into the election. As of right now IV has been dropping significantly, which means that if you held naked options of any kind they’ve suffered quite a drop in premium.

That was one of the main reasons I suggested either short term OTM options or preferably iron condors as potential lottery tickets over the course of the past few weeks. Of course for now the market’s response has been rather moot, especially in comparison with what we witnessed in 2016. 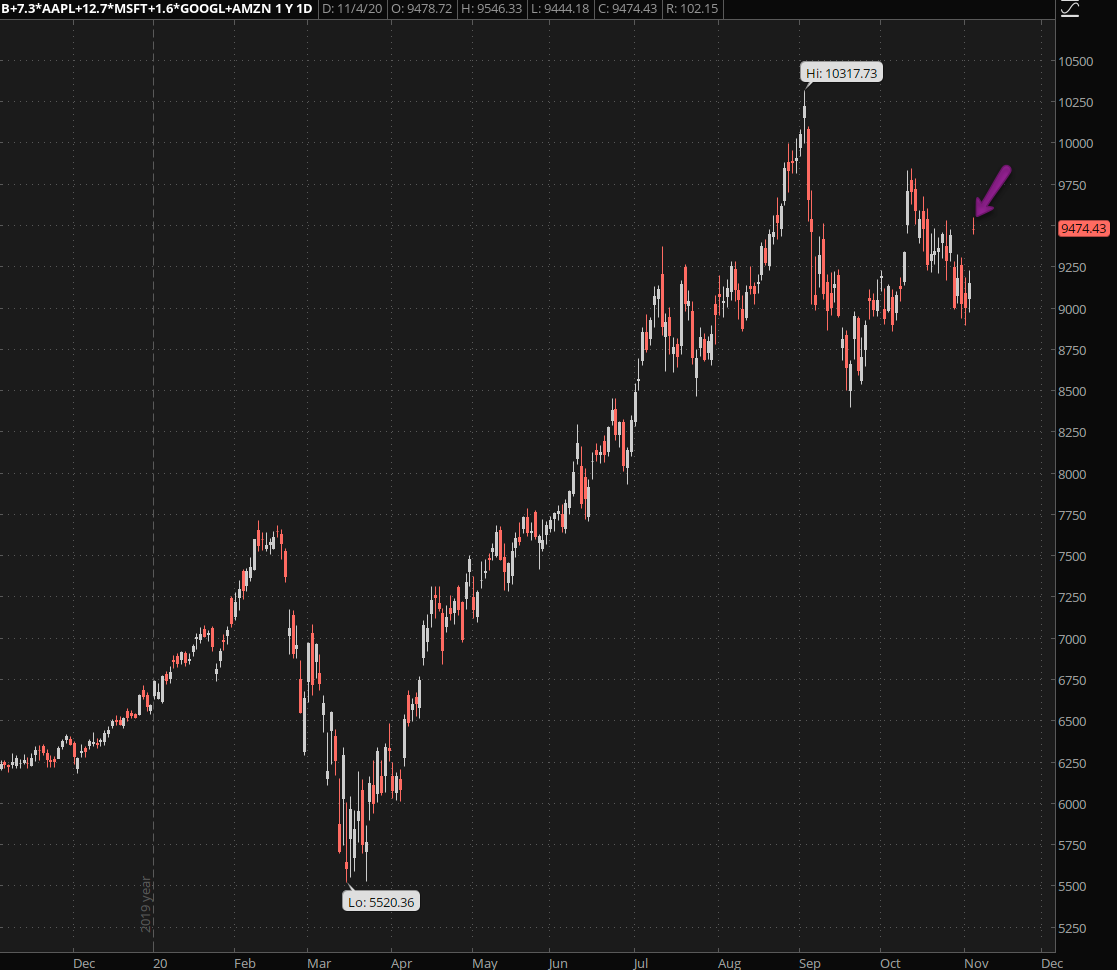 The monsters of tech composite strongly popped higher just now at the opening bell which supports the potential of a Biden win. Not a sector that would I would consider a strong buy if Trump gets his 2nd term. 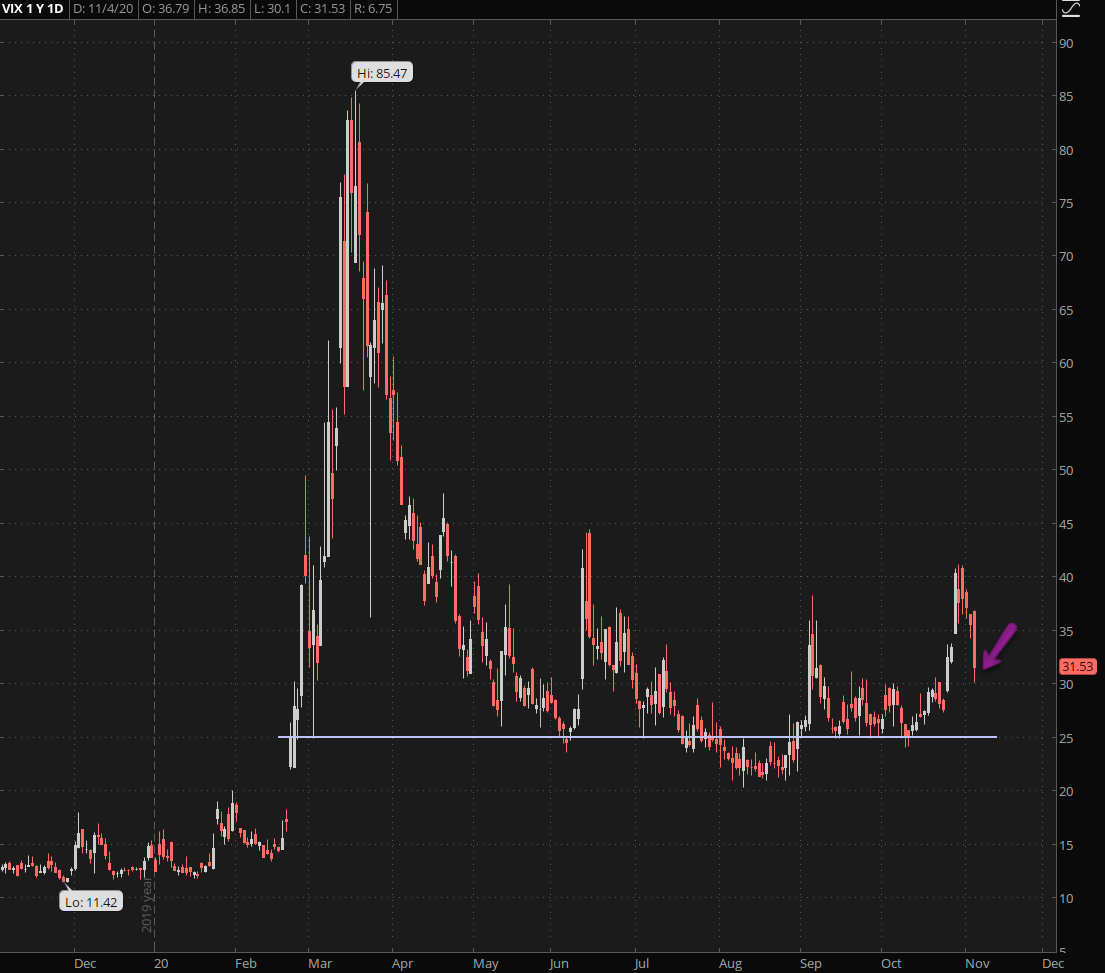 Had either Trump or Biden won very decisively last night I would understand the current drop in the VIX but I think it may be a bit presumptive and a reversal higher is a distinct possibility, especially if we do not see final resolution today (which is doubtful).