Launching The Decade In Style 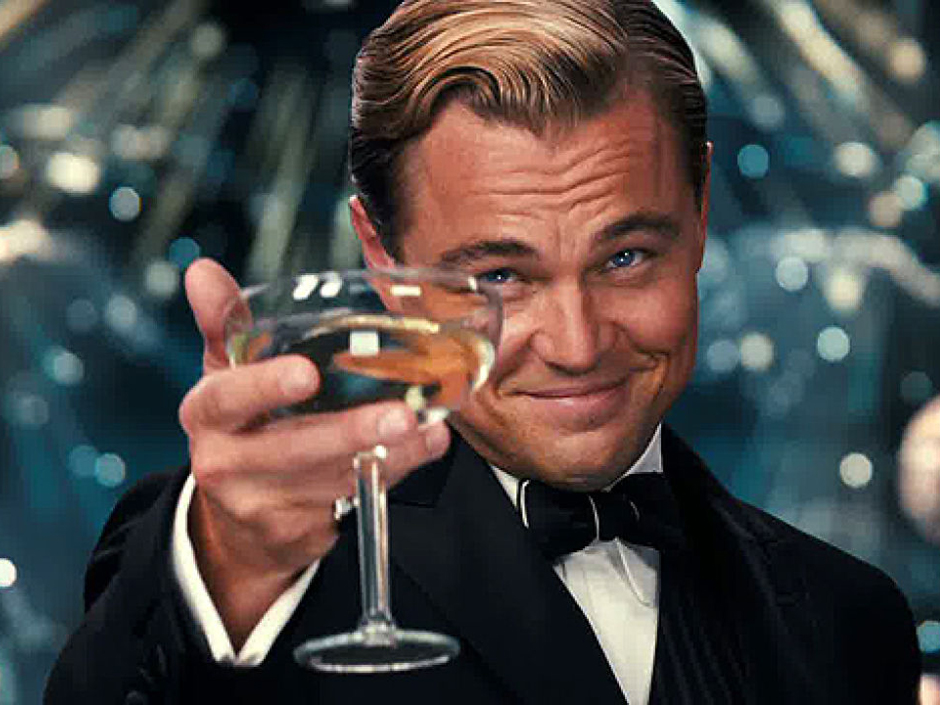 The teens are over and done with and we’re now heading straight into the roaring twenties. I know it’s supposed to be hip to be all cynical and black pilled these days; but let me be among the first to buck this nauseating trend and predict that it’s going to be an awesome decade for anyone serious about being successful – and most importantly the very few willing to put in the work.

Let’s not forget that RPQ was founded on the very premise of supporting people just like you – individuals of all stripes all over the world who are unwilling to accept the status quo of a 9-5 worker bee and the prospect of condemning themselves to living ‘from pay check to pay check’.

Being a recovering workaholic myself the biggest lesson I had to learn was that it’s not about how much or how hard you work. It’s about how smart and disciplined you are when it comes to picking the low hanging fruit the market dangles over us on a daily basis. 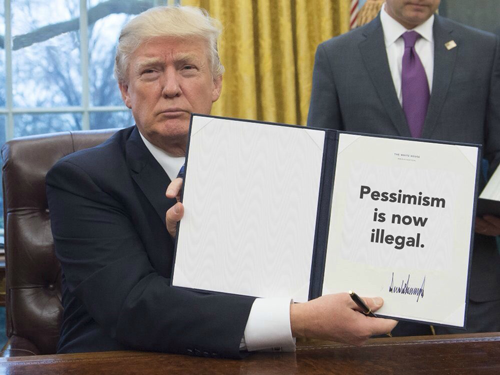 Being successful as a trader on a long term basis is not an easy feat, I’ve made this clear on numerous occasions over the past decade. And if nothing else the number of faces that have come and gone over the years serve as a testament of that fact.

And neither should we assume that the price action throughout the 2020’s will be less turbulent or less manipulated than the past decade. But given the proper tools combined with deep market insight we here at RPQ will do what we have always done since the inception of this site: 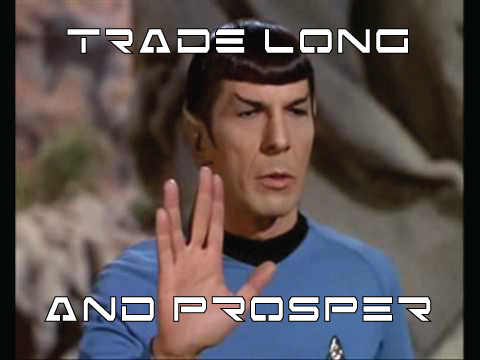 And when I say trade long what I mean is that successful trading is an exercise in persistence, steadfastness, and ability to weather out the storms. You’ll always experience shitty and boring days along with the good ones. In fact the boring days outweigh all the others by a good margin and are usually the ones that lure you into making mistakes or acting emotionally.

Success as a trader is not about that one 10-fer that adds 20%+ to your account. It’s about all the little victories that compound over time plus the opportunities of overcoming your personal demons that all those annoying losers have given you.

With that said, let’s get to work: 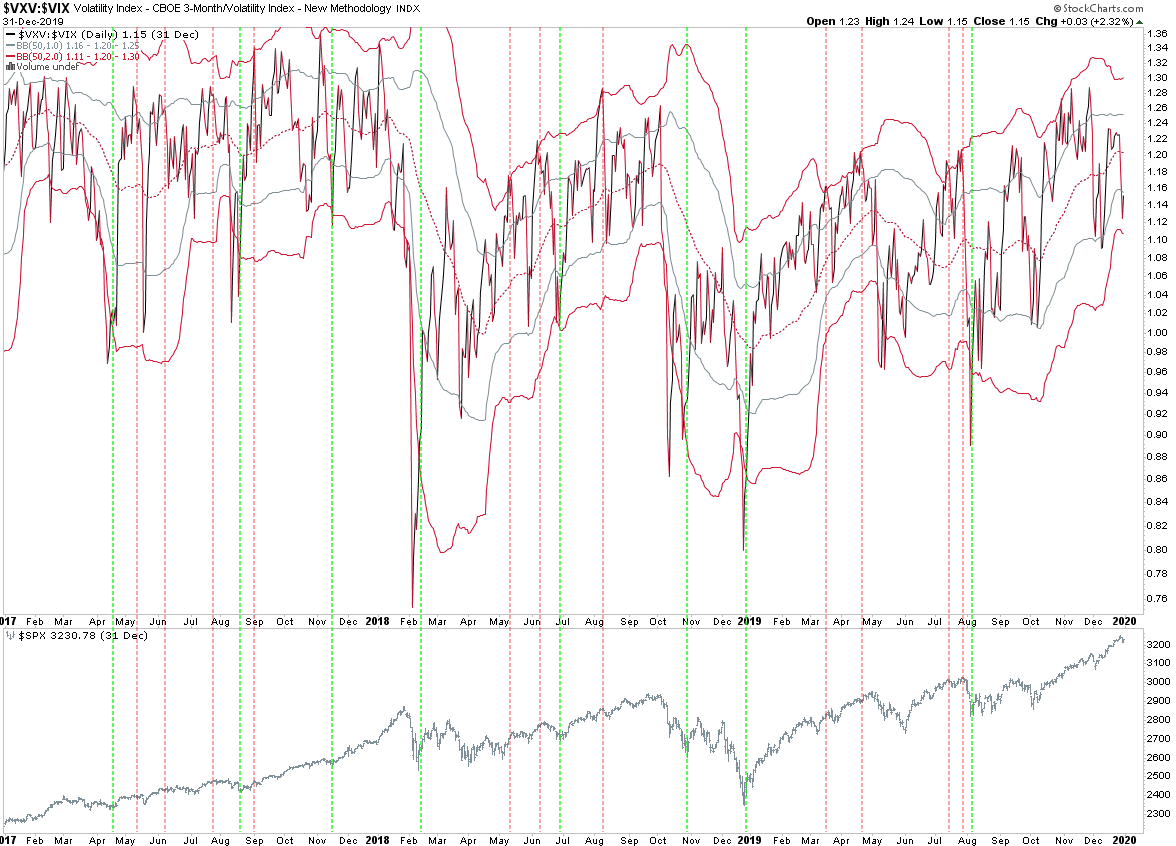 As it’s the start of a new year – even a new decade – I thought it best to post a market momentum (MAMO) update. The inverted implied volatility term structure (IVTS) has been pretty spot on over a long term basis but it’s left us in limbo for the past half year or so, especially since the SPX started tramp higher off of 2900. 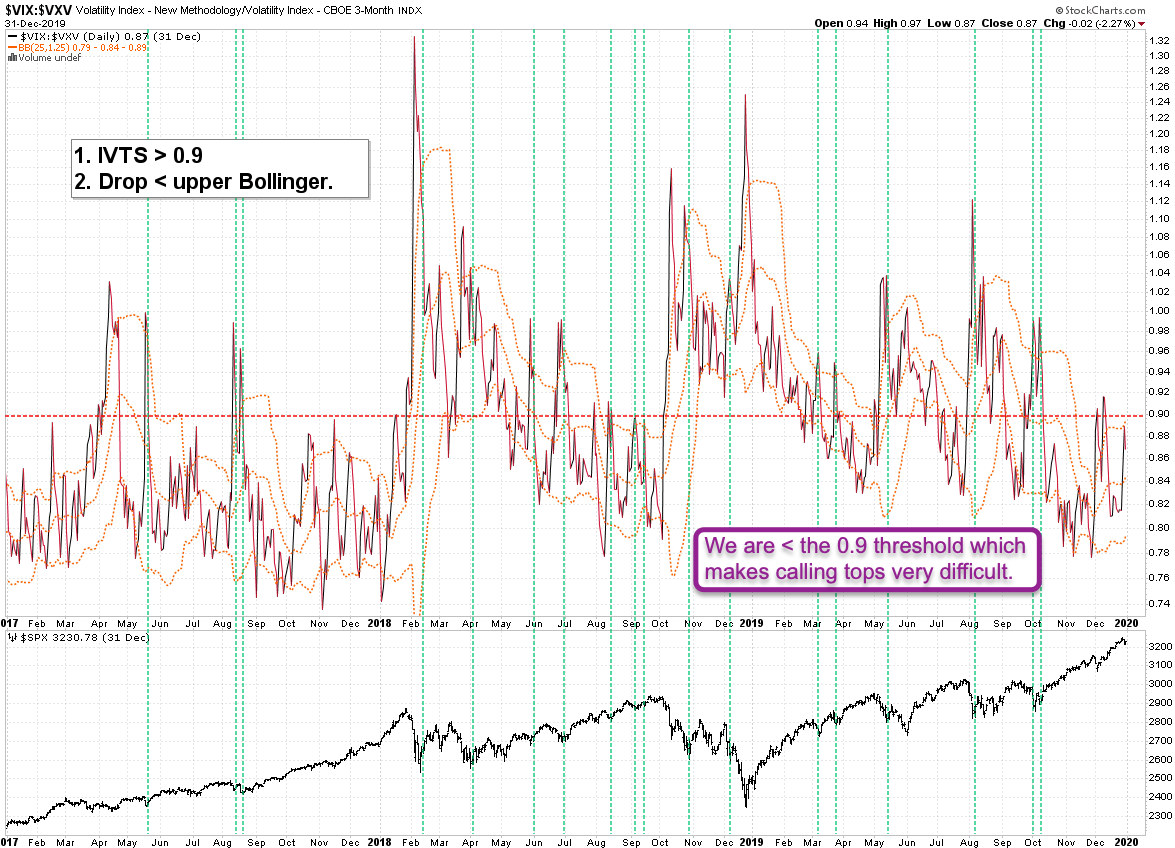 Here’s a different version of the same theme – this time a bit more sensitive and not inverted so think upside down when looking at the top panel. One of the rules stipulates that a buy opportunity needs the signal to be > 0.9. Which is not in place so I will dismiss the current one.

What is interesting however is that the IVTS jumped to 0.89 after such a small correction. For now I’ll just strike this up to holiday tape but rest assured that I’ll keep my eyes on this. 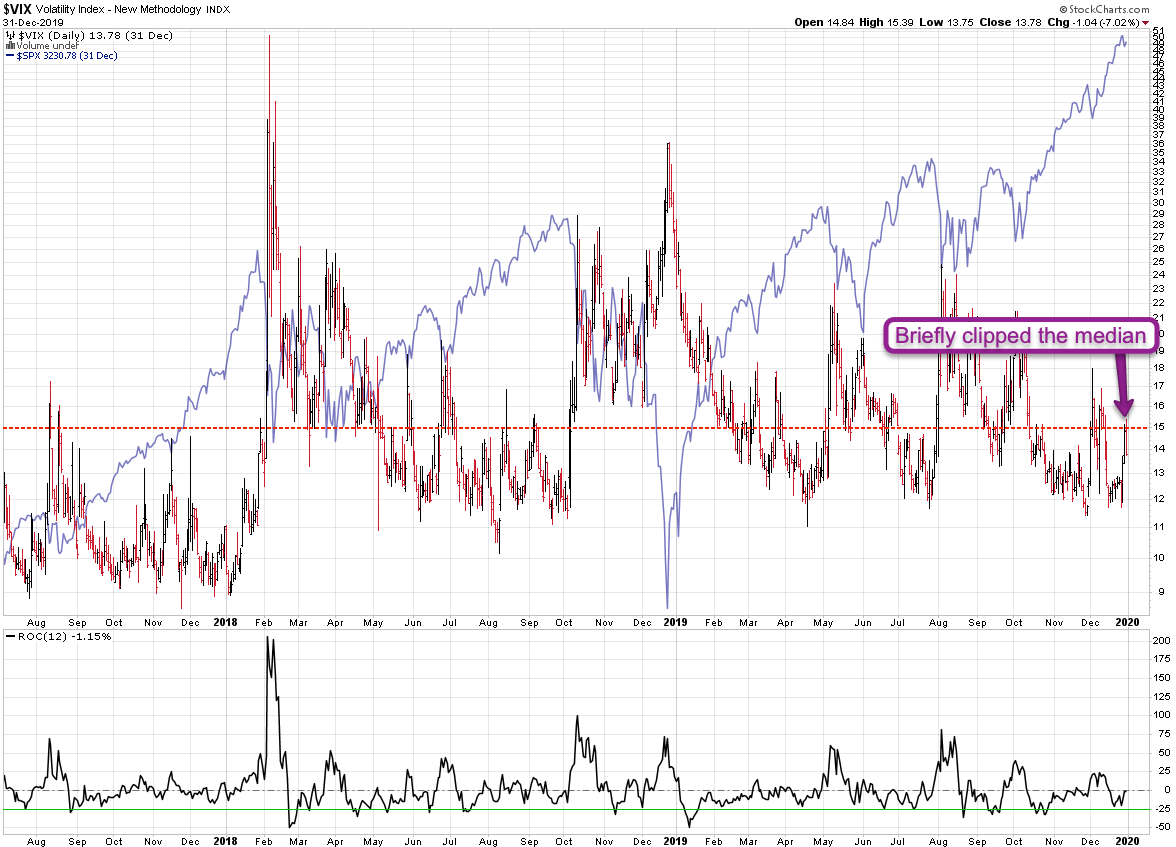 It’s probably the VIX that caused this while the VXV (now VIX3M) probably lagged behind. Then again – if you remember my pertinent December post – the Feb VX futures were trading near 16.4 while the VIX was near 12.5. That does spell possible trouble ahead on a medium term basis.

For a deeper perspective let’s take a look at some of my more exotic VIX ratio charts: