It’s Never Too Late For Bitcoin

With Bitcoin trading near its all time highs a lot of people have emailed me over the past week asking if it was too late to buy Bitcoin. And my answer has remained the same it has always been:

It’s never too late for Bitcoin! 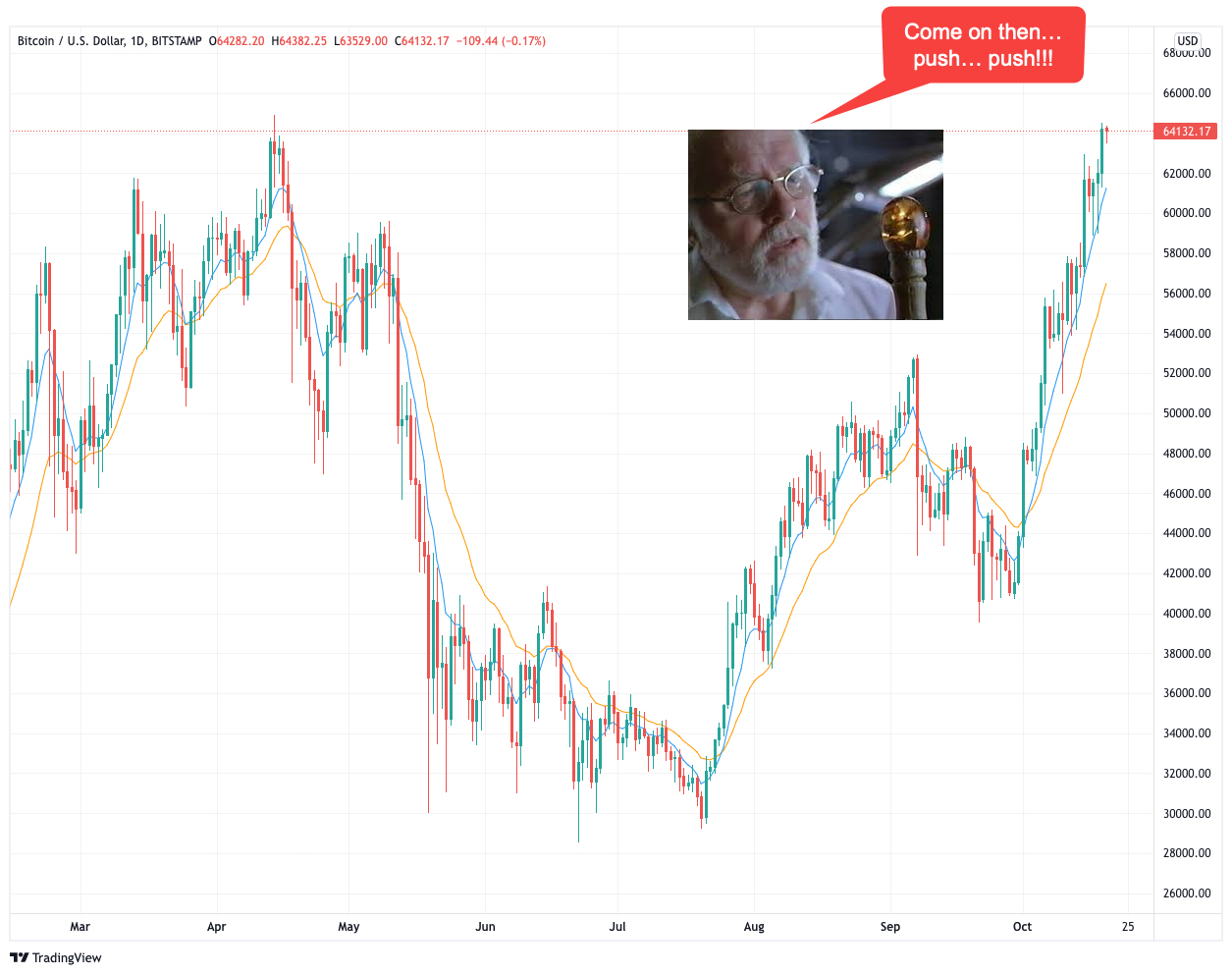 YES, of course it would have been a cheaper buy at $33k – when both Scott and I told everyone and their grandmother to load up.

Or at 28k when we loaded up even more.

By now you’re probably wondering what the hell I’m smoking and where to get some.

But I’m serious – dead serious actually and my reasoning has nothing whatsoever to do with bitcoin or any other crypto currency.

Back in the days when I was still earning my chops in the trading game I was shooting the proverbial shit with an old  friend of mine – let’s call him Jim, because that’s actually what his name was.

Jim had been a floor trader at the CME in Chicago back when you still needed a helmet and a groin protector to get your orders filled.

You may have read about those old school floor traders or seen them portrayed in movies. No nonsense A-type personalities with a factory installed killer instinct. Street smart to boot and a single minded obsession to beat the market at its game.

I’d love to say ‘you know the type’ but they just don’t make ’em like that anymore.

So I was tracking natgas futures at that time and right away you know that I loved to live dangerously as the pros call that contract the ‘widow-maker’ for a reason. If you think Bitcoin is wild then don’t even think about trading natgas.

Anyway, so natgas had been tracking higher for weeks on end and I was considering a long position as it just had re-tested overhead resistance. Still being a bit green behind the ears I popped the big question to Jim:

“Look, it’s been running for weeks now, isn’t it too late to get into the game?” I asked.

Jim just sat silent there for a moment, then slowly shook his head, frowned and and retorted: “Kiddo, it doesn’t matter where it’s been – all that matters is where it’s going!”

Wow, this innocuous statement really put me on my ass me like a ton of bricks.

I mean who does this guy think he his? A modern Yogi Berra?

In fact Jim didn’t know the first or second thing about baseball and neither do I. But at least I had an excuse as I was raised over in Europe. Jim just couldn’t care less.

What Jim knew very well however was how to read the market just by looking at price movements. No computers, no fancy indicators, no quant trading degree, no nothing. Just the board, his clearing firm’s jacket, his order tickets, and his wits.

And it hit me right there how stupid I had been to focus on the rear view mirror when all that mattered was what was happening right in front of me.

The past is the past and past performance actually has very little bearing on the future, despite an entire industry of retail trading books claiming that it does.

It’s no exaggeration to say that Jim’s lesson  has stuck with me for the remainder of my trading career and it’s still paying off in spades to this day no matter what I am trading, stocks, options, futures, or crypto currencies. 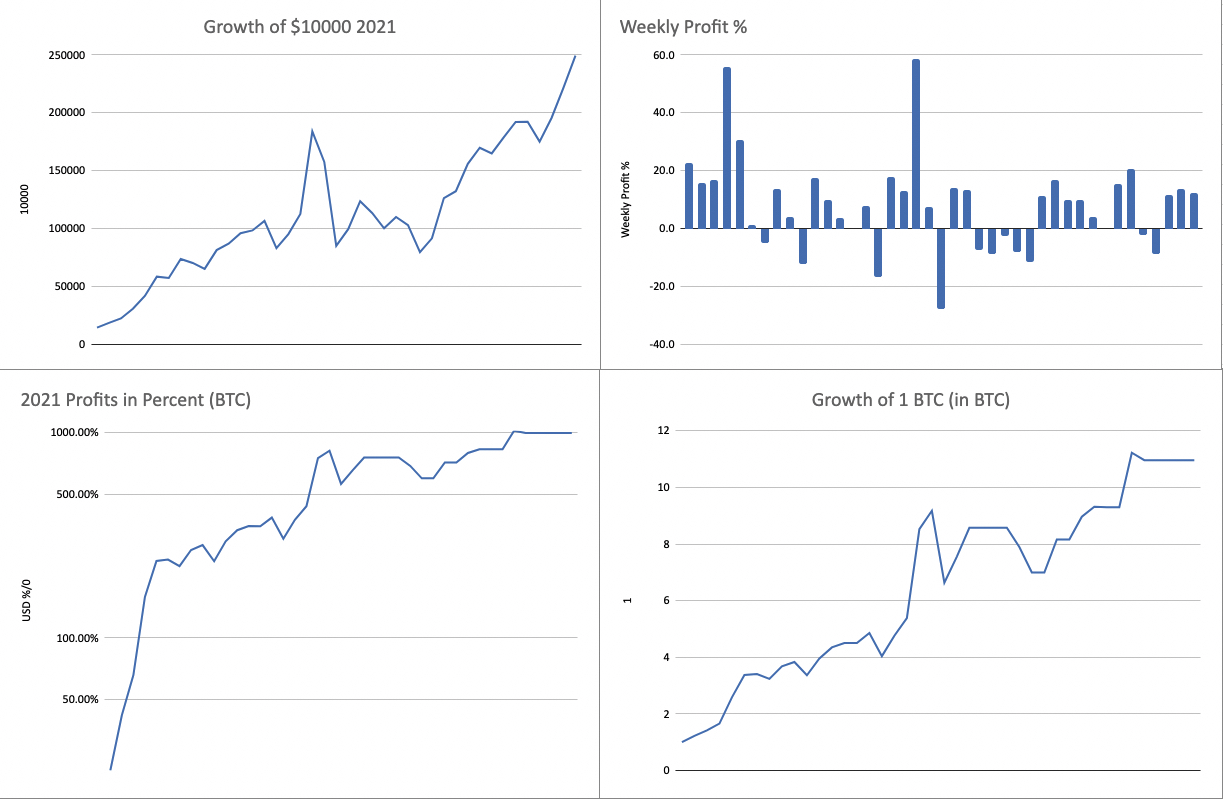 Which is one of many reasons why the system that Scott and I designed does not worry about silly buzz words like ‘overbought’ or ‘oversold’. All it cares about is what most likely lies in the future based on clearly defined quantitative measures with a proven statistical edge.

And the results over the past 10 months clearly speak for themselves.

Thanks again Jim – wherever you are (probably in his private suite down in hell where all floor traders go).

If you’re ready to grab a seat on the crypto gravy train then shoot me a message over at RPQ and I’ll be happy to jump on Zoom with you to share more details about the system.

Or just skip all the preliminaries and sign up here.