All is not well in paradise as the world awaits today’s FOMC announcement with bated breath. Already leaked comments from U.S. Federal Reserve officials managed to spook the U.S. futures market on reports of a three-year plan to trim several trillion dollars from the stash of assets purchased to stabilize financial markets and move to tighten credit and lower inflation. 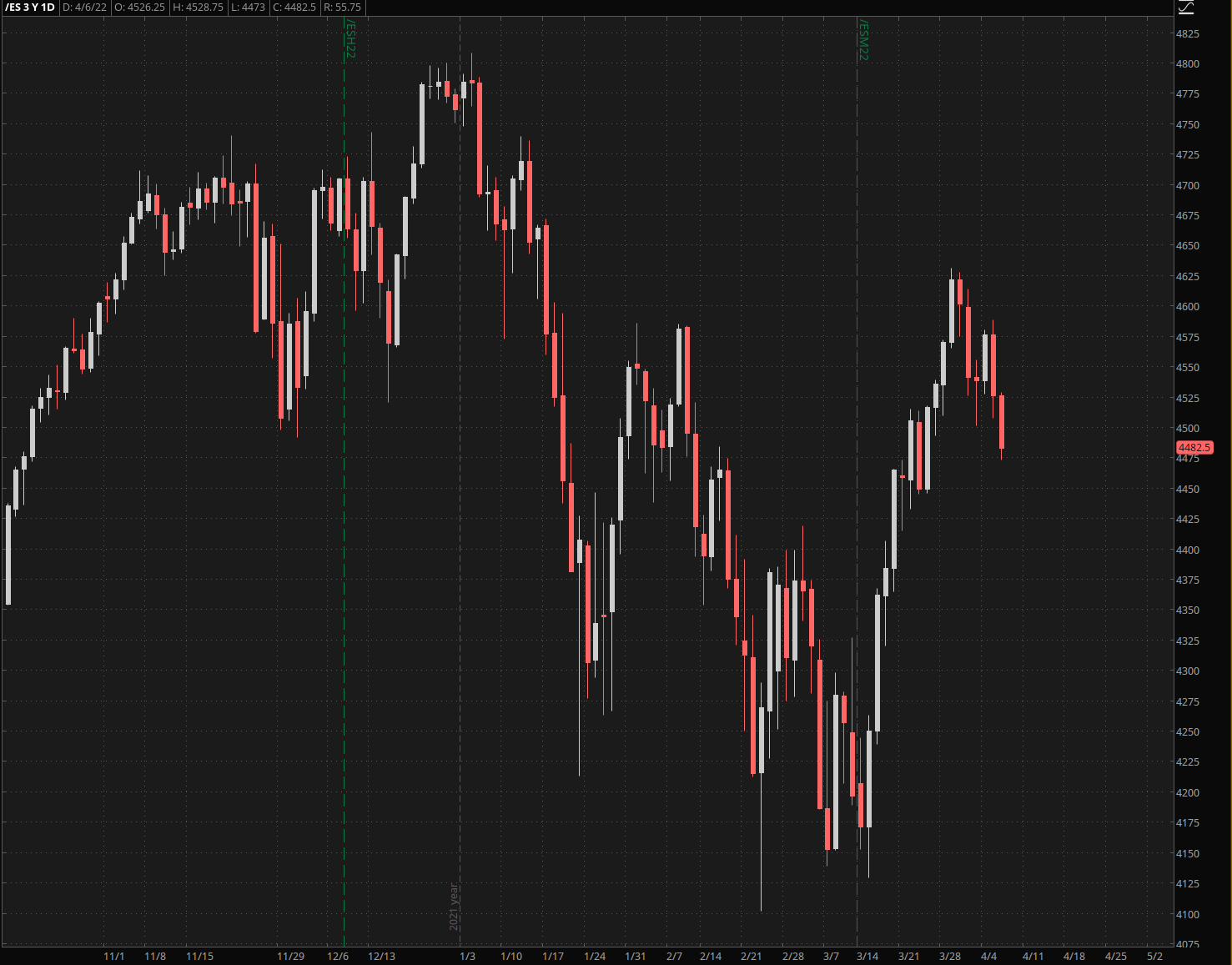 Translation: U.S. equities markets are heading into a world of hurt as the Federal Reserve – 14 years after opening Pandora’s box of systematic quantitative easing and a decade of ZIRP – has finally and irrevocably run out of rope.

According to Fed Governor and Vice-Chair nominee Lael Brainard,  The Fed plans to “[tighten] monetary policy methodically through a series of interest rate increases and by starting to reduce the balance sheet at a rapid pace as soon as our May meeting,”

Oh really now? Let’s not kid ourselves. Any genuine attempt to rid itself of the $4.6 trillion in U.S. Treasuries and mortgage-backed securities accumulated since March 2020 by more than a token rise in interest rates is almost guaranteed to trigger an avalanche of corporate defaults. 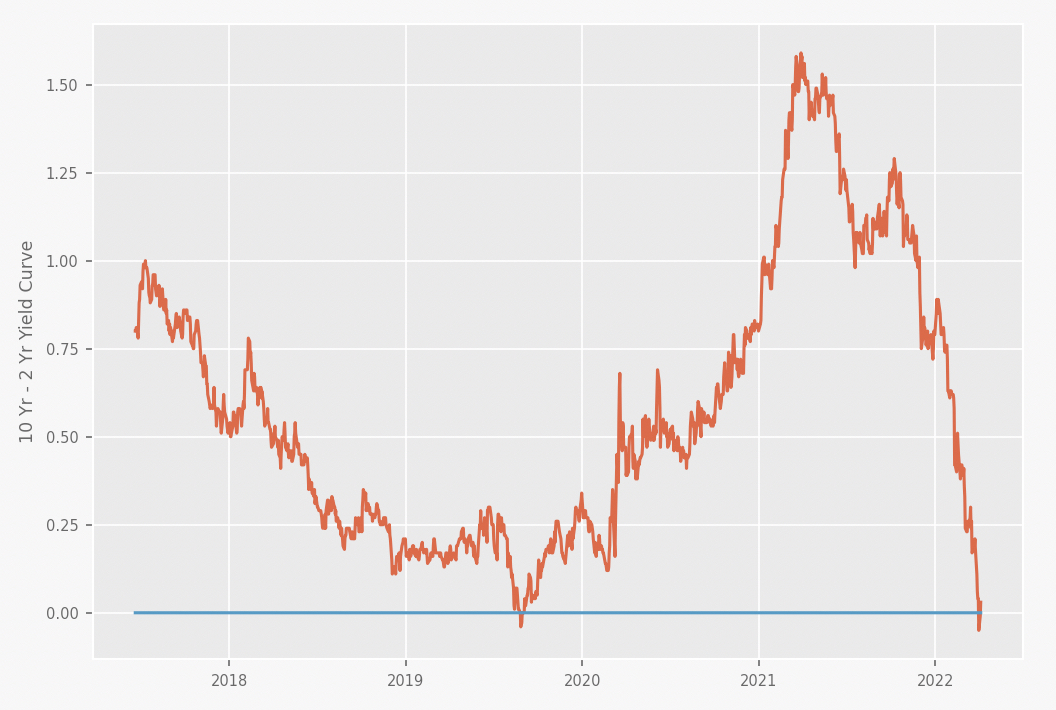 I’m not saying that the Fed won’t try. The inversion of the two-year and ten-year yields creates bigger problems for the Fed and the financial markets than for the economy, which by all intents and purposes is already in the crapper but just doesn’t realize it yet. Reason being that this time around yield curve inversion is occurring at extremely low level of interest rates, far too low to slow financial demand or squash inflation pressures.

According to Joseph Carson, former chief economist at AllianceBernstein, history shows that yield curve inversions do in fact predict a downturn in the economy but *only when accompanied by a level of interest rates that prove prohibitive*. In the long forgotten pre-QE past, restrictive interest rates occurred when the FFR and market rates equaled or exceeded the growth in nominal income.

Obviously, that is not at all the case today. On the contrary, it’s the exact opposite. A record gap exists between nominal GDP growth of 10% in the past year and the current FFR of 0.5%. There is even a record spread between Nominal GDP and two and ten-year yields of around 2.5%.

Clearly the bond market has yet to respond to an explosion in reported inflation (already in double digit territory according to Walter J. Williams over at ShadowStats) with higher yields as it believes the inflation cycle will die or it (foolishly) trusts the Fed to bring it under control. Which in turn puts added pressure on the Fed to act more aggressively.

So yes, the Fed will somehow try. And that means getting used to an inverted yield curve as policymakers attempt to bring inflation to their (alleged) 2% target. As policymakers struggle to put the proverbial toothpaste back into its tube, investors should soon expect a much more expensive credit landscape.

Which in turn means high profile growth stocks (big tech cough cough) which have continued to outperform value stocks over the past decade may soon experience a sudden and brutal reversal in fortune. Keep your popcorn and downside hedges ready.