I take it that most of you folks are either already getting juiced up on mulled wine or busy preparing for whatever Thanksgiving gathering will be permitted in your locality this year. Here in Spain Thanksgiving ain’t really a thing but that didn’t keep Mrs. Evil and I from cooking up a big pot of ‘Glühwein’ (mulled wine) and hunting down the juiciest looking turkey our local ‘Mercado Central’ had to offer.

Although my wife does have family here in Valencia we’re sort of SOL on the turkey day front as all of them are Spaniards to whom the concept of celebrating anything fall or winter related appears to be alien. Christmas of course exists – in theory – which sucks blocks even during normal years plus there is no snow to begin with. Yes, they do celebrate Los Reyes Magos here on January 6th, but it doesn’t even come to close to the holiday season extravaganza many of us grew up with.

So to not get sucked into holiday depression we usually work hard to get ourselves into the spirit of things by decorating the house, cooking elaborate meals, and listening to German/Austrian holiday music. Which for some strange reason the wife really seems to get a kick out of. Yes, she’s a very brave woman! She married me after all. 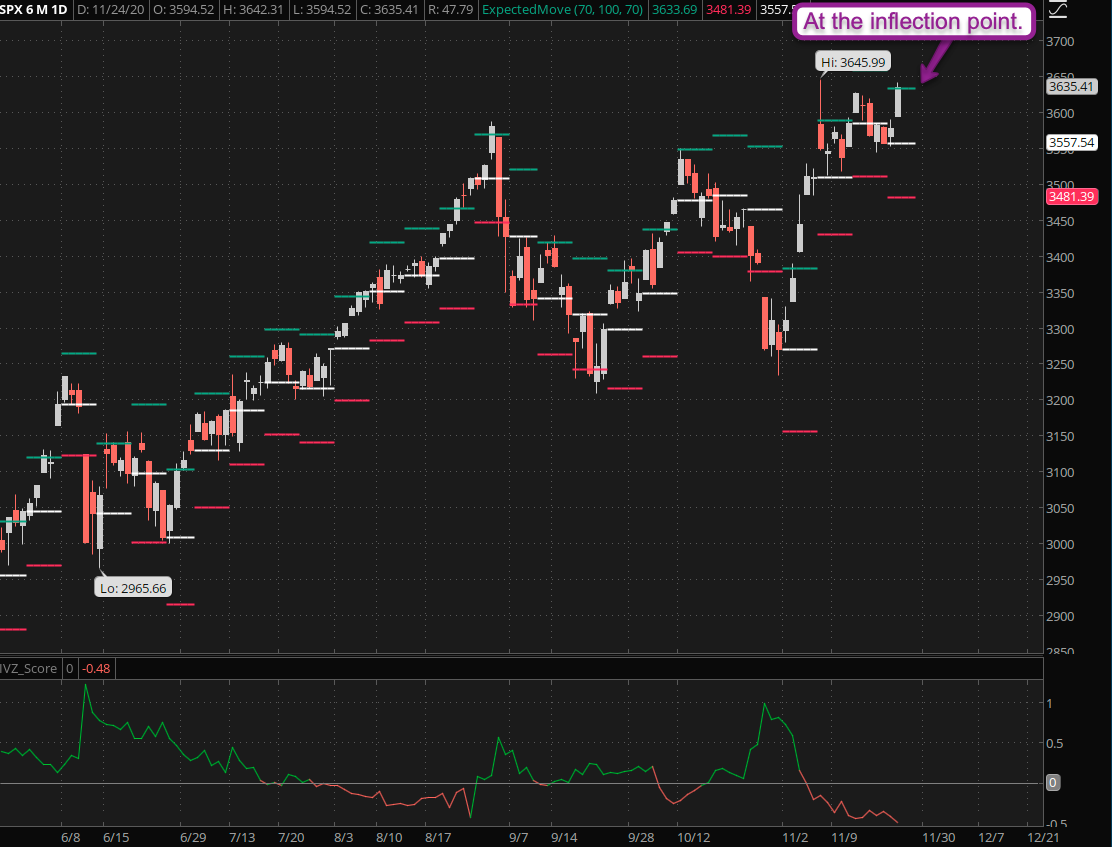 Okay let’s talk markets – the SPX is at its upper expected move threshold which – as you probably understand by now – constitutes an important inflection point as it marks the point when hedging activity starts to gear up in earnest. Which means that it’ll either be defended and we close the week either lower or nearby – or we see a push that probably pushes us toward the SPX 3700 mark. 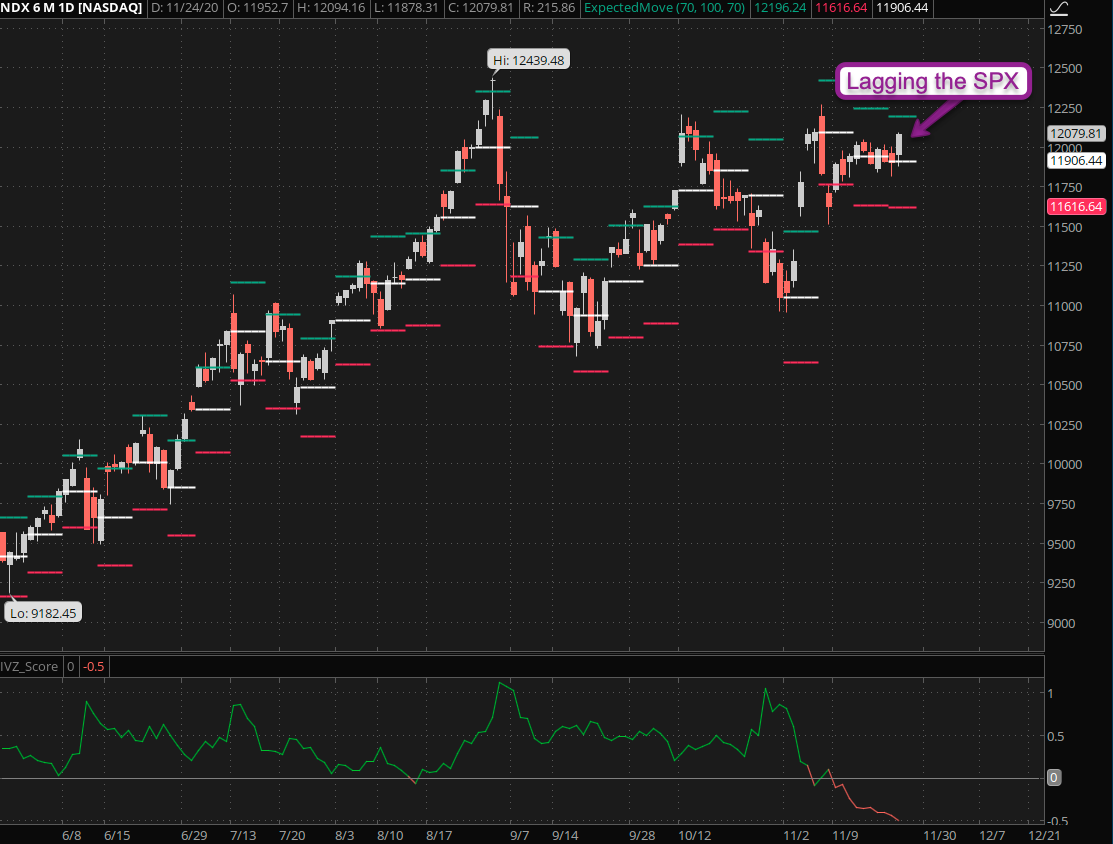 What’s interesting to see is that the NDX seems to be clearly lagging the rest of the market. I am not privy as to what this year’s expectations are for Black Friday and Cyber Monday but this makes me a wee bit cautious and I’ll be keeping an eye on this for early signs of a reversal. 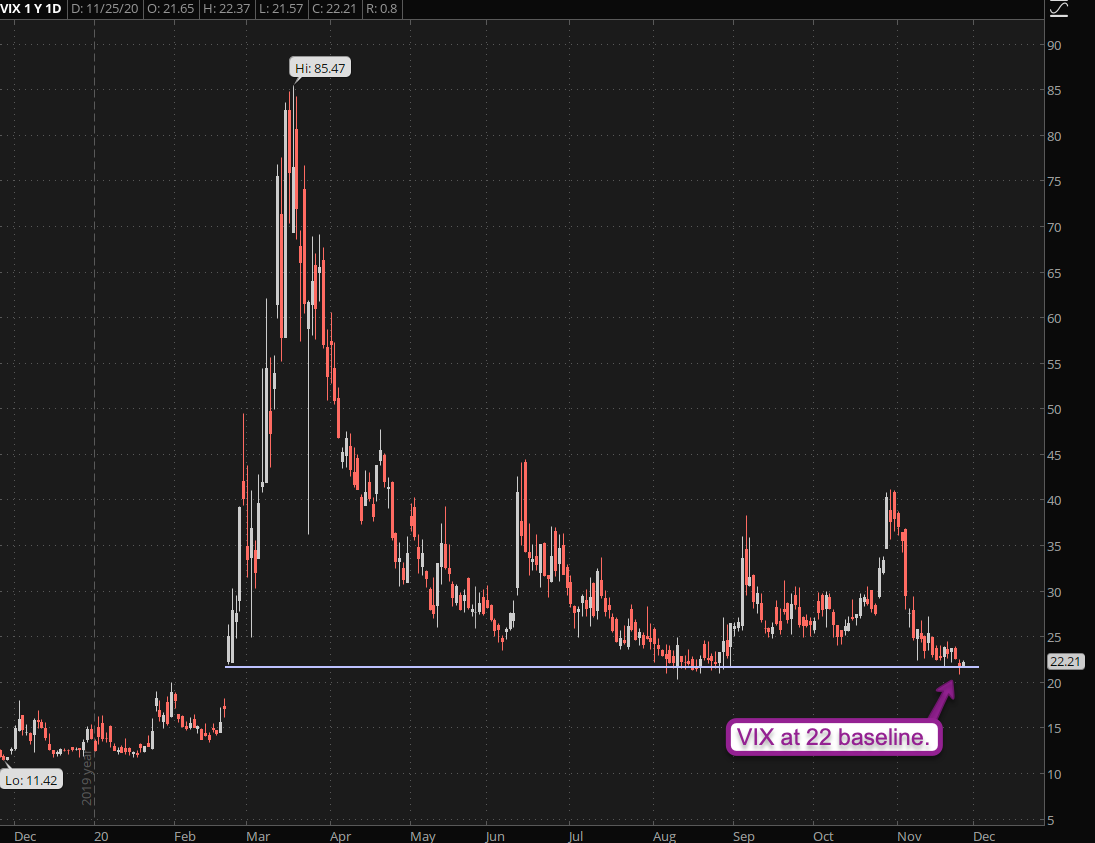 If you’re a subscriber then you have probably followed my exploits on placing what I have called the ‘hammock’ strategy, which is a clever way of exploiting big directional moves in both directions via option spreads. It works a lot better than buying naked OTM calls or puts as it does not suffer as much from theta burn or increased in SKEW.

With the VIX now scraping the bottom of the current barrel at the 22 baseline this is not a bad position to load up on a few more Hail Mary long shots so to say. Plus they are cheap and can potentially produce exceptional returns if we see the equities paint a major move in either direction. 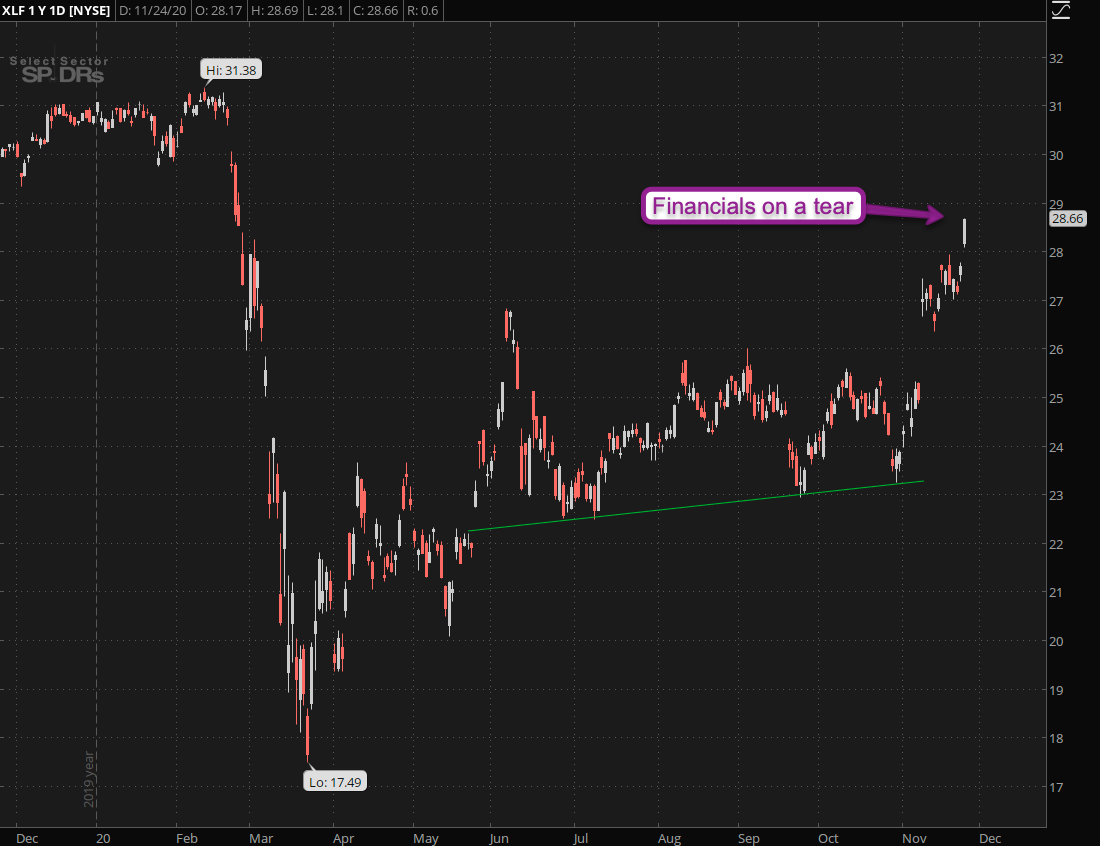 I mentioned the XLF to my subs the other day while it was painting an island and basically projected either a gap close or a big jump to the upside. Again, a good candidate for the hammock trade (which is what I took out). The current jump higher is already proving to be profitable and I wouldn’t be surprised to see it make a push toward 31. 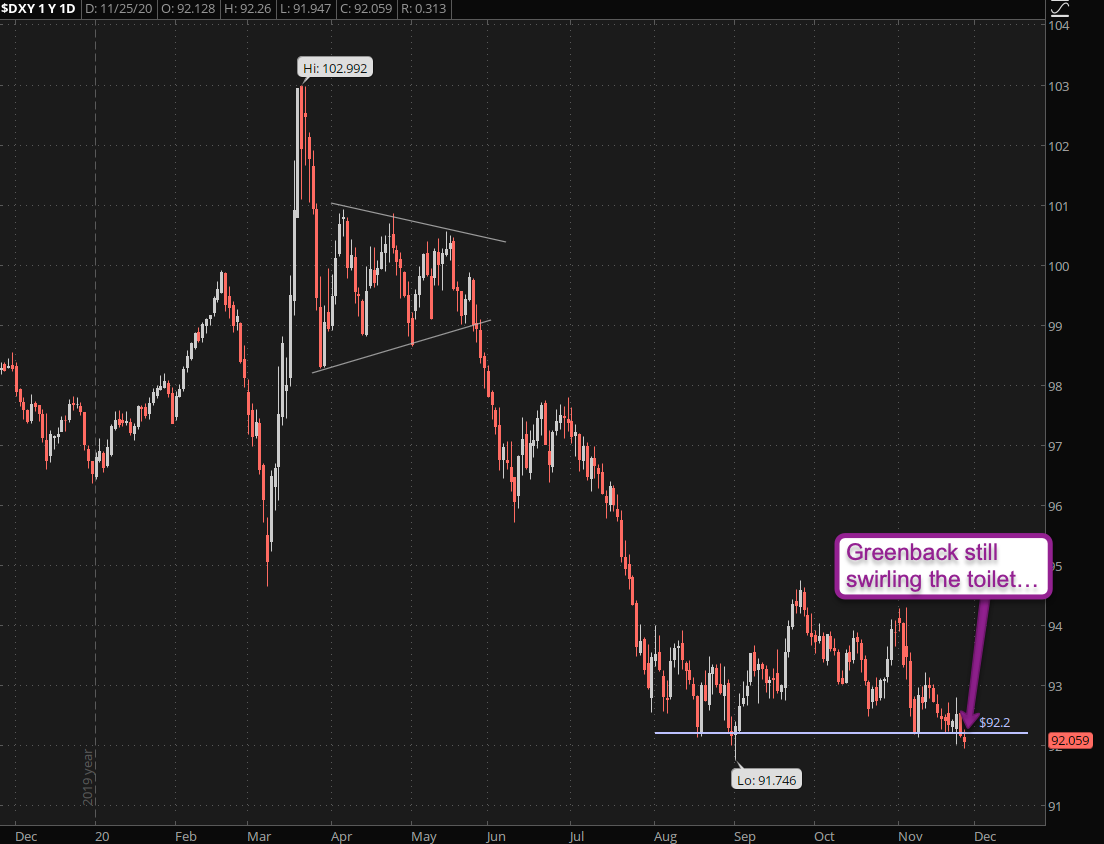 On a more sour note the Dollar is still swirling the toilet and if it breaks below 91.80 I’m afraid we’re going to see a major slide lower. Life is getting a lot more expensive over here in Spain (as I earn in Dollars) and although you guys stateside may not realize it you will see it increasingly reflected by higher prices in consumer staples like food, gasoline, alcohol, household goods, hygiene products, etc. Better load up on that toilet paper and hand sanitizer right now! 😉

Alright that wraps up the week for me. I will see you all next Monday bright eyed (sort of), bushy tailed, and a few pounds heavier.