Bonfire At The End Of The Tunnel

With the presidential elections drawing near the worrywarts are beginning to hedge their bets, may this be in real life by boarding up your storefront or virtually/financially by protecting your assets from a potential wipeout. In normal times – meaning pre 2020 – investors and speculators would usually look at ways to protect against election day whipsaw. This is what we saw in 2016 for example where conflicting reporting plus misinformation caused equities to push wildly in both directions. However everything I am seeing points toward this time being different.

Not only do fears regarding a market upheaval extend all the way into late January, but it also seems like the game of musical chairs – i.e. sector rotation – is increasingly running out of chairs. 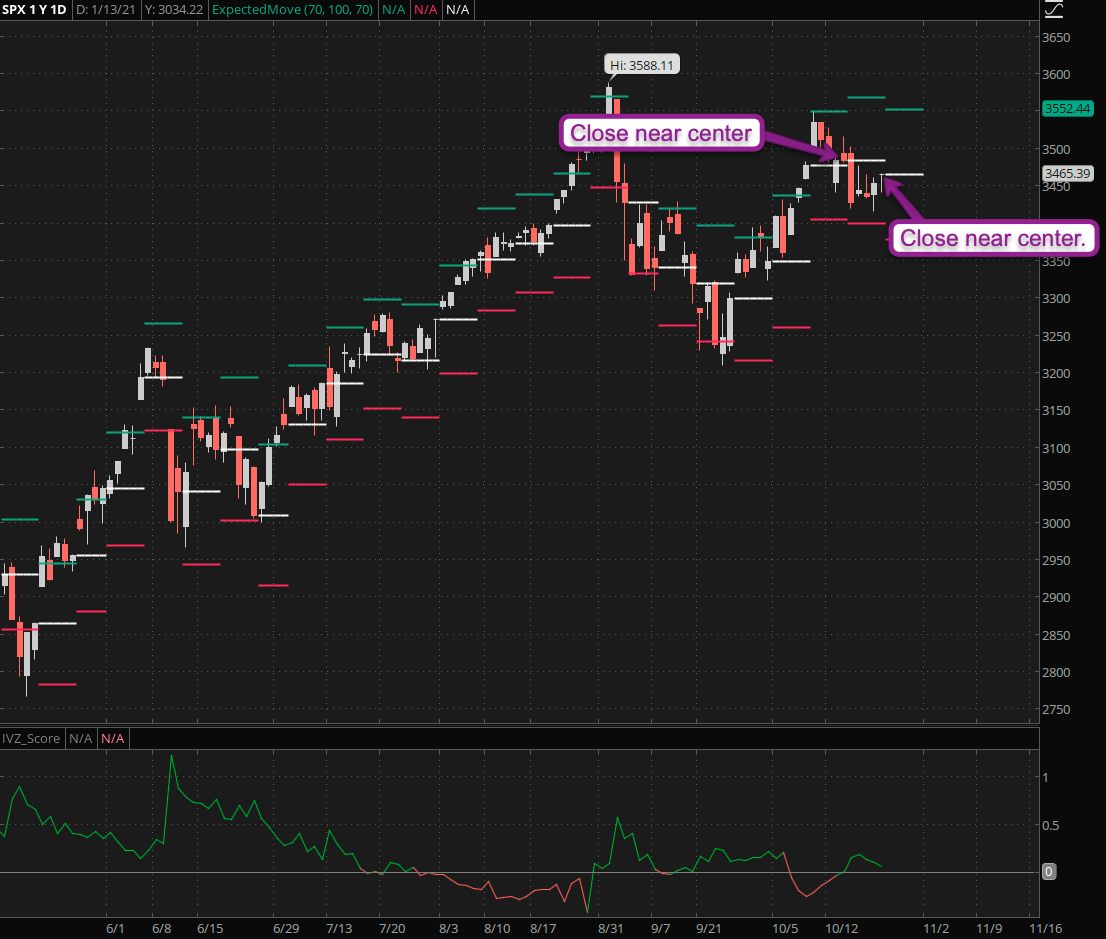 On the surface everything looks pretty quiet but I consider this to be the proverbial ‘quiet before the sh…t storm’. Over the past few weeks we’ve been running in circles within the expected move but closed fairly near to where we left off the week prior. 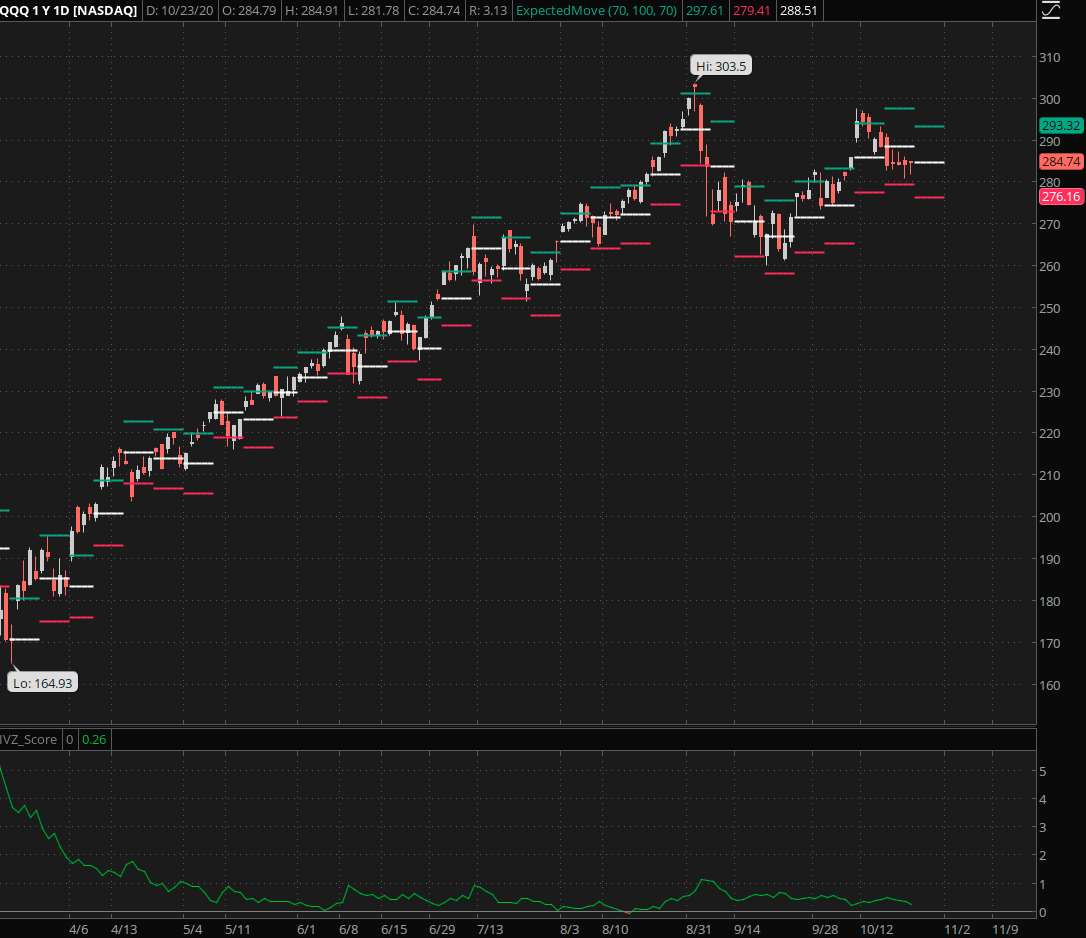 Even the cubes have started to slow down in anticipation of who will be the 46th president of the United States. I am not one to resort to hyperbole but it’s fair to say that the future of big tech in particular will be heavily influenced by who takes the helm on January 20th 2021. 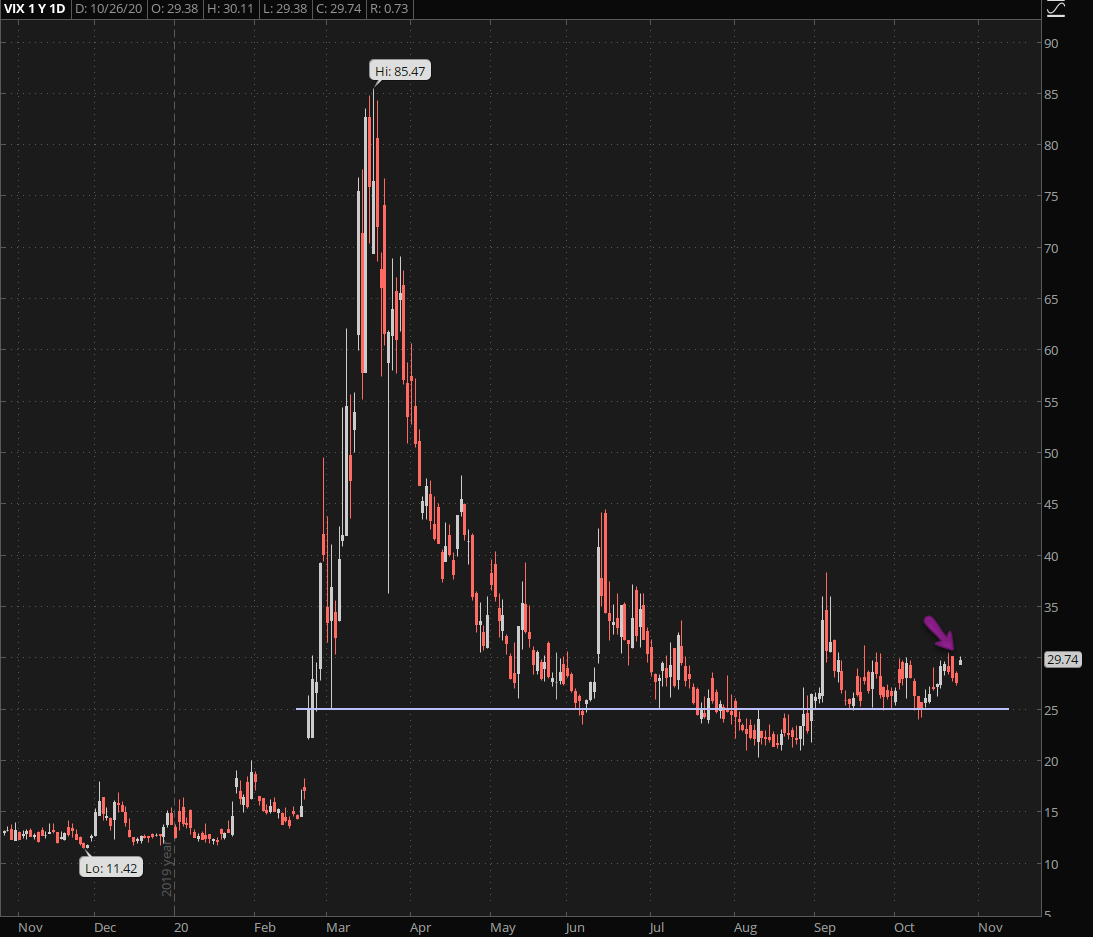 We would expect the VIX to be elevated only days away from a controversial election day but this year a ‘slight elevation’ means we are circling around the 30 mark.

Speaking of which I updated my pre-election SPX option chain spreadsheet – I know a mouth full – and it’s starting to steepen on the front (the near future) whilst dropping a little bit in the back (mid December into late January).

That said, as you can see the back weeks/months have been ranging within 26 and 31 for several weeks now while contango (if you would call it that in this context – it’s usually just used in the futures) has remained consistent. 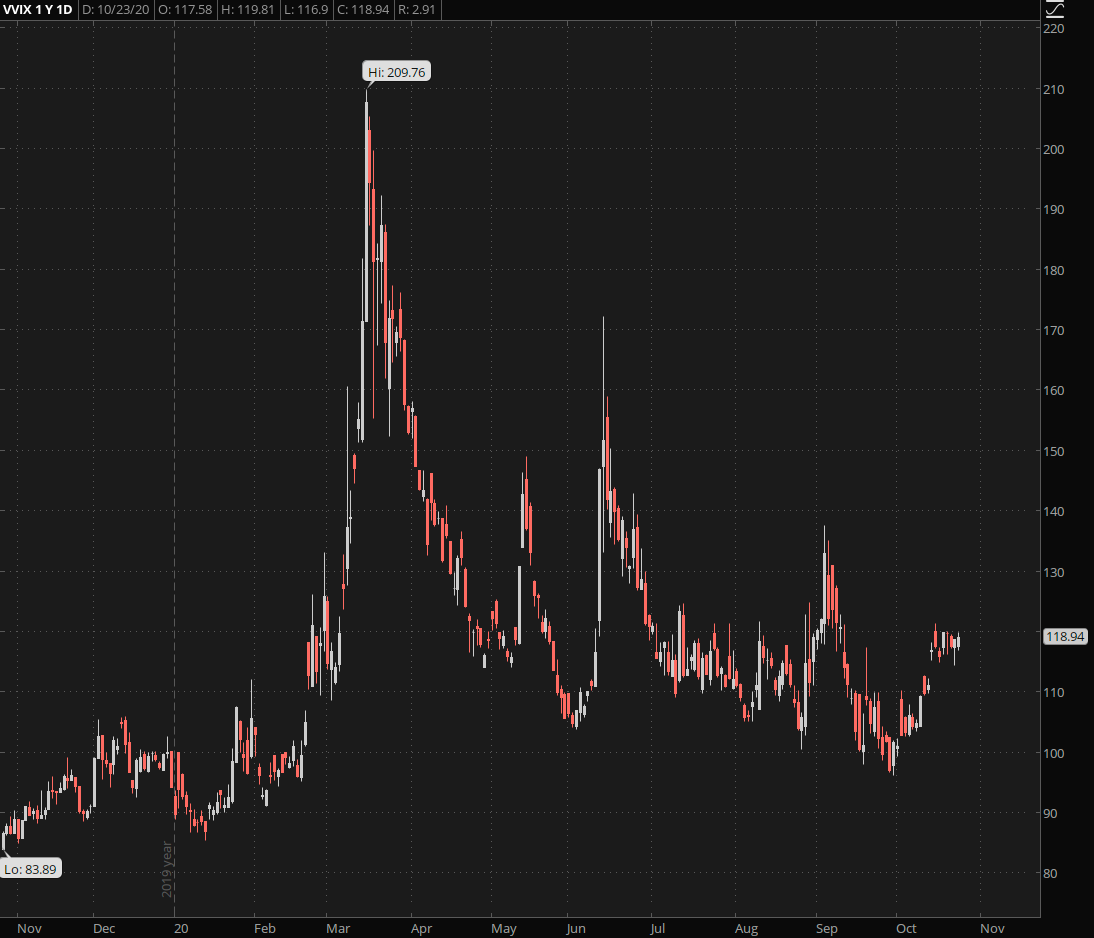 The VVIX remains highly elevated. Don’t let the the previous swings fool you – may I remind you that we’ve been through 9 month’s worth of a worldwide epidemic which – justified or not – has taken down our global economy?

Meaning, if this reading is the ‘quiet before the storm’ then we better dress for a cold winter in hell.

Of course what’s a lot more disconcerting is this: