Back To The Fomo

After treating water for weeks on end bitcoin is finally on the move again – except now it’s suddenly heading HIGHER. You’d think everyone would be popping the champagne but just as I predicted the legion of shell shocked crypto HODLers just flipped from FUD back to FOMO. 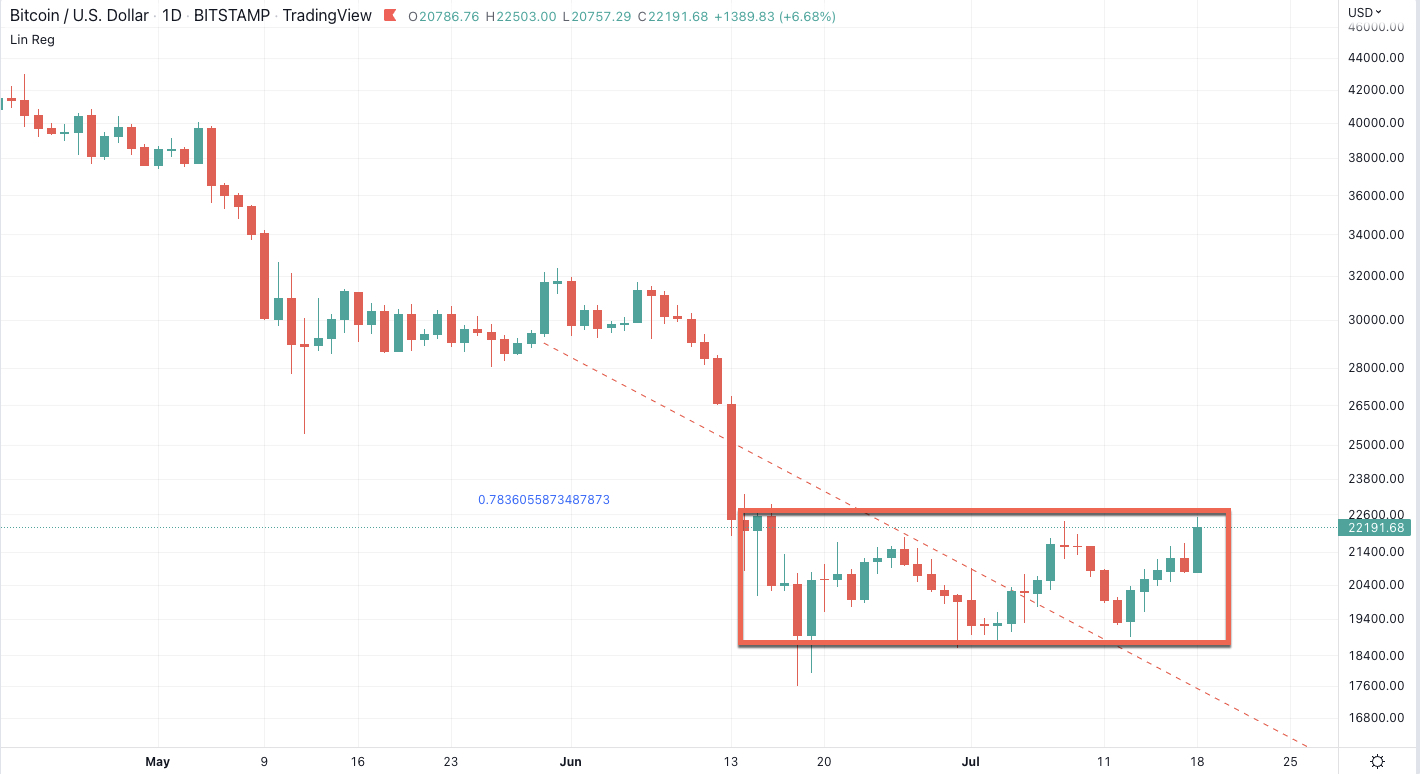 “Is it a trap? – Did I just miss out on the best buying opportunity of the year?”

If you paid close attention you noticed that both acronyms happen to have one word in common… ‘fear’.

FEAR, uncertainty, and doubt.
FEAR of missing out.

If you ask me, a constant state of fear is not a good way to go through life.

And speaking from two decades of experience fear is the last emotion you ever want to be dealing with as a trader.

Fear makes us dumb. It lures us into bad trades and tricks us into missing out on the best entry opportunities.

That simple. In theory at least.

In reality you’ve effectively swapped one set of headaches for another.

When it comes to overcoming that annoying little voice in your head, there’s no final victory, only a series of never ending battles.

Just like Game of Thrones, but less rushed and with a better ending.

Speaking for myself at least, there is simply no substitute to trading with a system.

Because if I rely on my own ‘intuition’ or ‘gut feeling’ I’m almost assured to wipe out my trading account in three months flat. I might even be able to do it quicker.

Which is exactly why I became a quant trader. Instead of listening to myself worry and babble on about the tape all day I let my algos do the talking.

Proven stats and concise trading rules for the win!

Speaking of which – you may have noticed that I’ve been a bit more quiet than usual over the past month or so.

Was I busy trolling HODLers over on Twitter or did I volunteer at the Reddit crypto suicide watch hotline?

In fact I managed to cook up something very special that may be ready for general consumption.

It’s something I’ve been working on behind the scenes for the past two months now.

Yes, you probably guessed it – it’s a trading system. That’s how I roll.

But what makes it so special?

First up, it’s ‘market phase agnostic’. Which is fancy nerd speak for saying that it works in both bullish and bearish markets.

Second, it’s not something I just happen to have pulled out of my rearside.

It’s based on a swing trading system I co-developed with my trading pal Scott Phillips many many years ago for FX trading.

Scott recently adapted his version into a system that’s been earning consistent returns – even in the crapshoot of a correction we’ve been in lately.

But here’s the good part:

Over the past few weeks I’ve been running a ton of quant analysis on the original system – I really put it through the wringer forward, backwards, sideways, you name it.

In the process of slicing and dicing the numbers I’ve incorporated all the best elements into a system that’s more airtight and easy to trade. 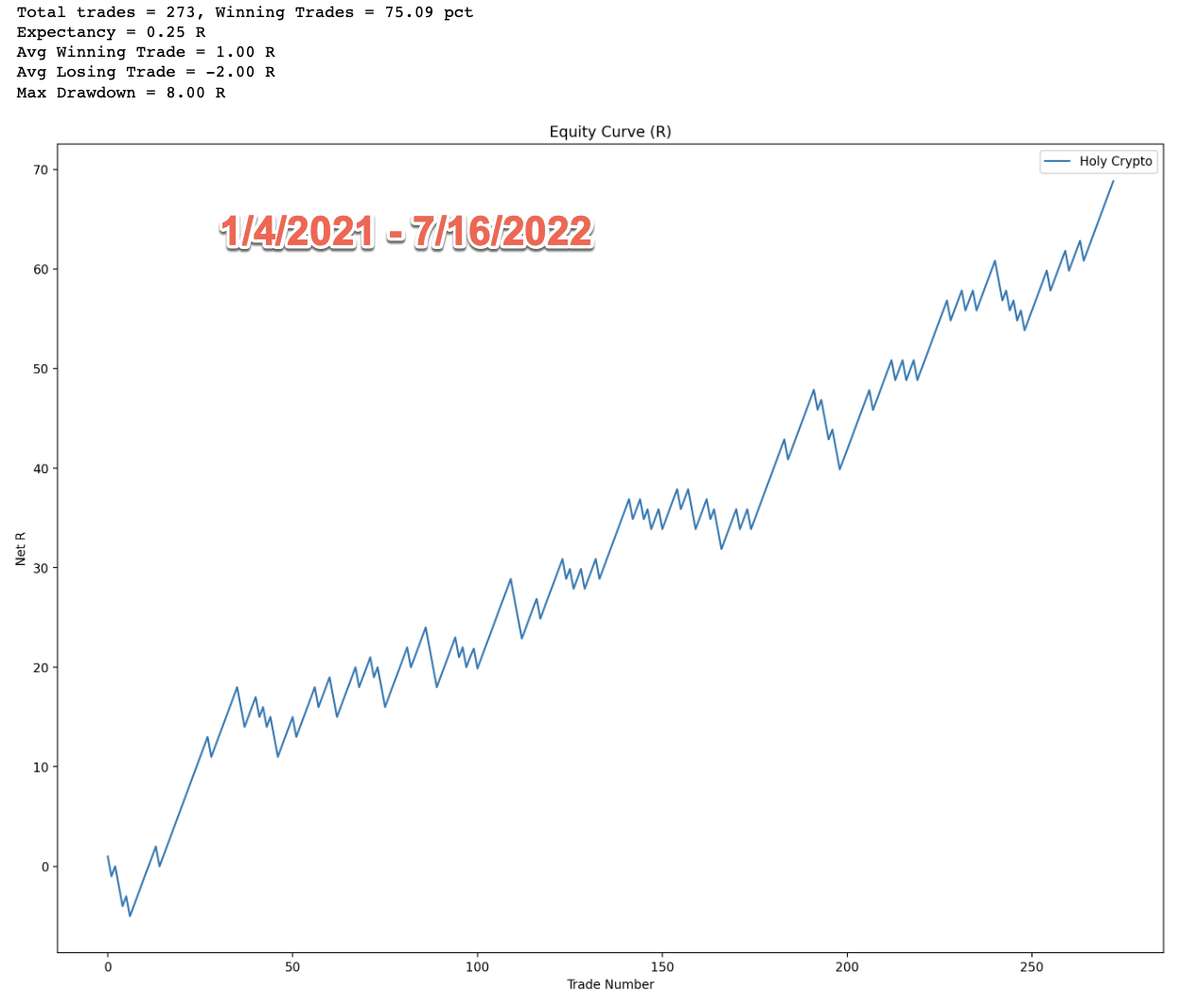 And here is why it is special:

It’s my own solution to the problem we ALL face…

Let me be crystal clear: Most people out there have NO idea how bad things are gonna get, plus they have no idea how to position themselves for what’s about to unfold in the marketplace over the next year or so.

And let me tell you, it’s going to be ugly. Not 2008 bear market ugly but Great Depression sort of ugly.

There is an old joke among economists that states: A recession is when your neighbor loses his job. A depression is when YOU lose your job.

And it’s already starting. According to recent polls over 44% of Americans today rely on a ‘side hustle’ to make ends meet.

You may be one of them. If not then most likely it’s one of your friends or one of your neighbors.

What do you think is going to happen once some REAL economic uncertainty is starting to play out?

Because what we’ve seen so far is nothing but the overture to a much larger economic train wreck in the making.

This is why you should be getting interested in learning this system.

And you’re in luck.

I’m looking for ~20 people to join me right now – a small crew who will help me further prove how well this system works.

My team and I will be starting the coaching calls in just under a week from now – for free.

Here’s the catch – and yes, free stuff always has a catch 😉

This is not for noobs – not at this stage at least. What I’m looking for are traders who know how to follow system trading rules instead of getting “clever” and shooting from the hip.

That said, you can start at pretty much any level, as long as it’s traded with real assets – no paper trading.

It’s usually best to start small (e.g. $20 position sizes) and make sure you have the system down before increasing your position.

Again, I want to be clear that I won’t take on just anyone. You have to be the right fit.

It’s one thing if someone pays for the program, then wanders into the desert to drink cactus juice. At least then I got some cash before they gave up on something that works.

But for the next few weeks I’ll be helping around 20 special people make consistent income from low-risk swing trades without charging them a single dime.

So if you’re going to be part of that group, at the very least, you must be willing and able to commit to being on every call, 3 times a week, for the next few weeks.

Assuming you want to make consistent income with this system that requires no experience or guesswork – and that will make you consistent income regardless of whether the market’s up, down, or is pushing sideways…

Email me here and I get you scheduled for a pre-screening.

Just know that in the past I’ve done this with even larger test groups, and they filled up faster than you can say onomatopoeia…