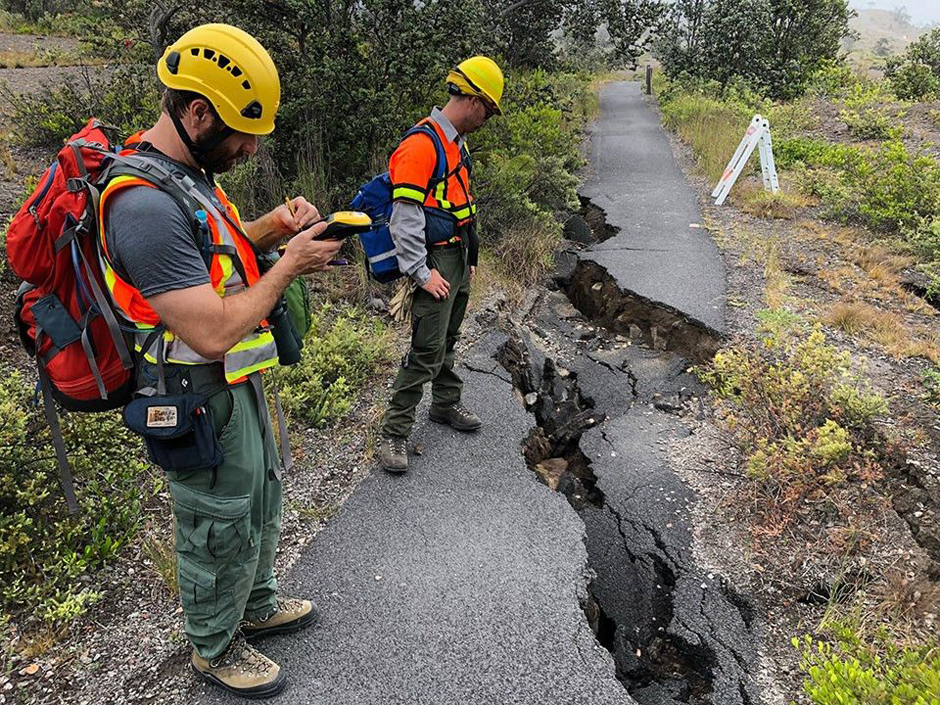 If you recall my Monday post then you probably remember that week #24 historically closes flat but can produce quick wipeouts typical to what we see in low participation summer tape. And just looking at my trusted Zero indicator signal yesterday made it crystal clear that the bots were running the session. Instead of relying on complex indicators or silly wave counts let’s instead look at what price is telling us. 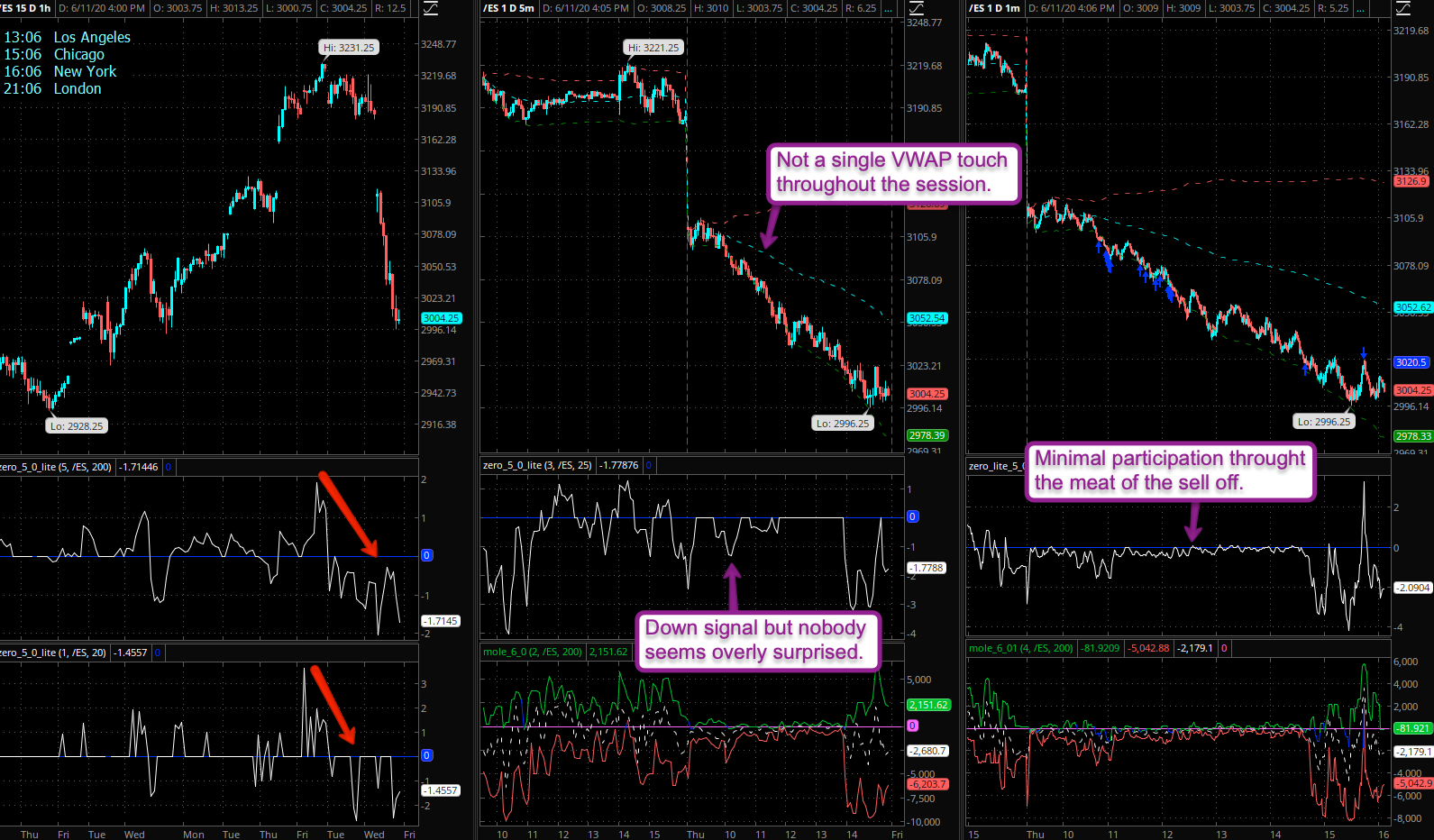 No big spikes at the open – no big surprise covering. From there the signal remained squarely negative but with minimal participation. What stands out the most IMO is that there was not a single attempt to retest VWAP, which again strongly suggests a bot driven sell off.

Those big spikes at the EOS seem like a tug-of-war between big sellers and big dip buyers or it may have to do with the fact that we just rolled into the September contract, the real spoo (or spu) – ESM20 options expire next Friday but most participants were rolling futures contracts yesterday and many still holding June will most likely roll today.

Also behold the large bearish divergence on the hourly panel (left) which I marked with red arrows. I think it was pretty clear on Monday already that we’re not going to see a positive week. That said – the massive sell off yesterday took retail quite by surprise, me included. 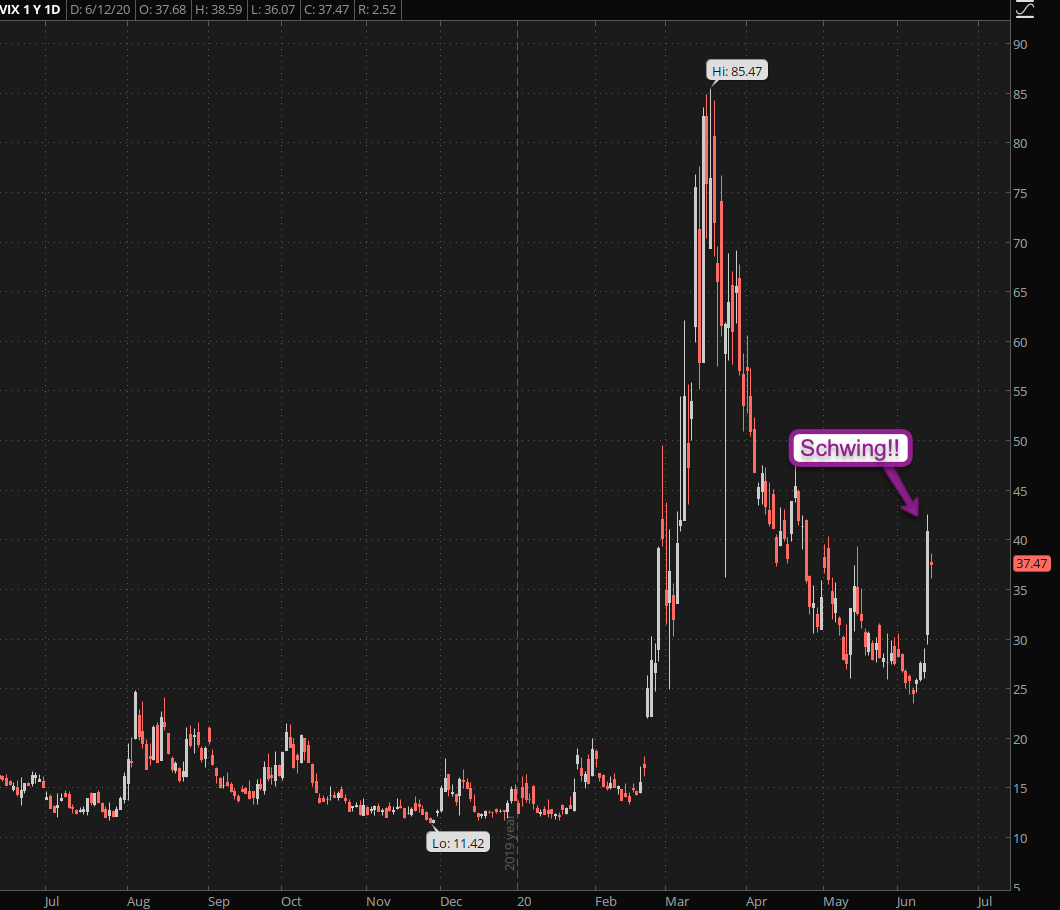 The VIX has responded in kind by spiking deep into bearish territory. That’s disconcerting as we just started to see signs of normalization. 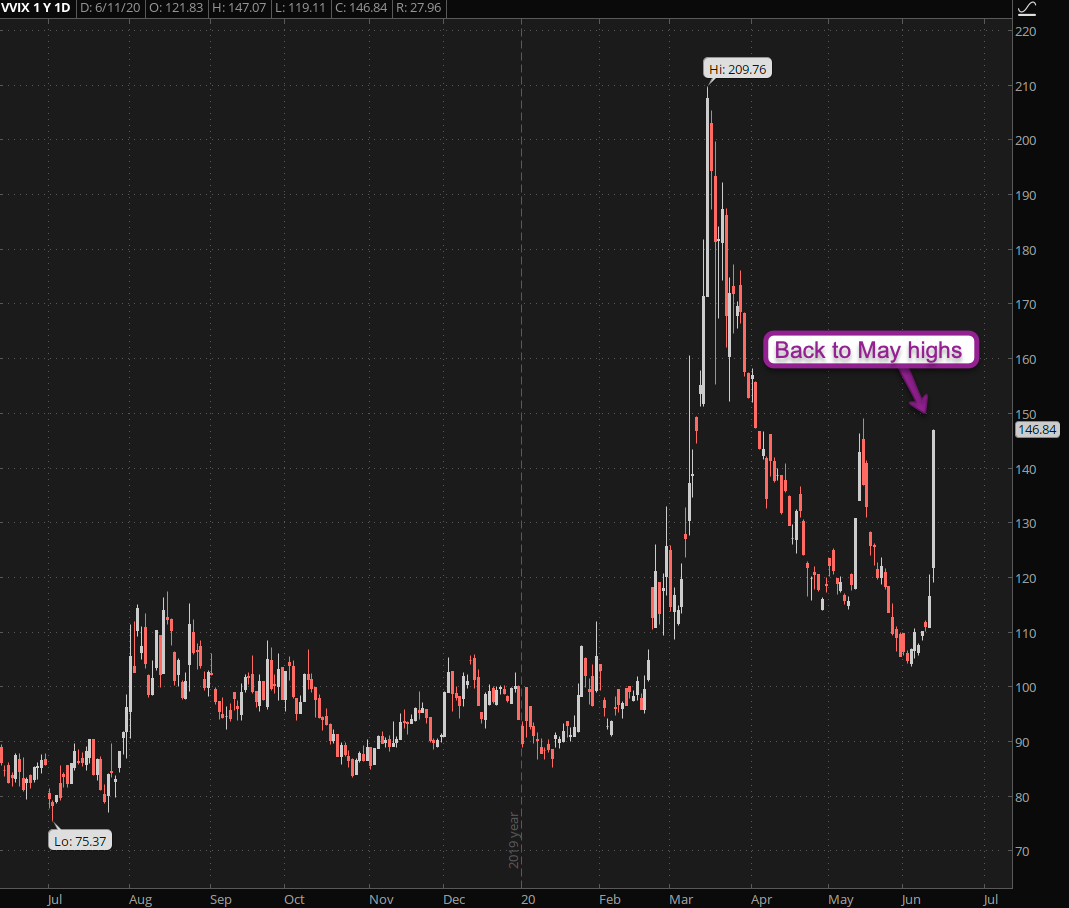 VVIX (realized volatility of implied volatility) is back at its early May highs. I like mid spring as much as the next guy but that’s not a good thing. 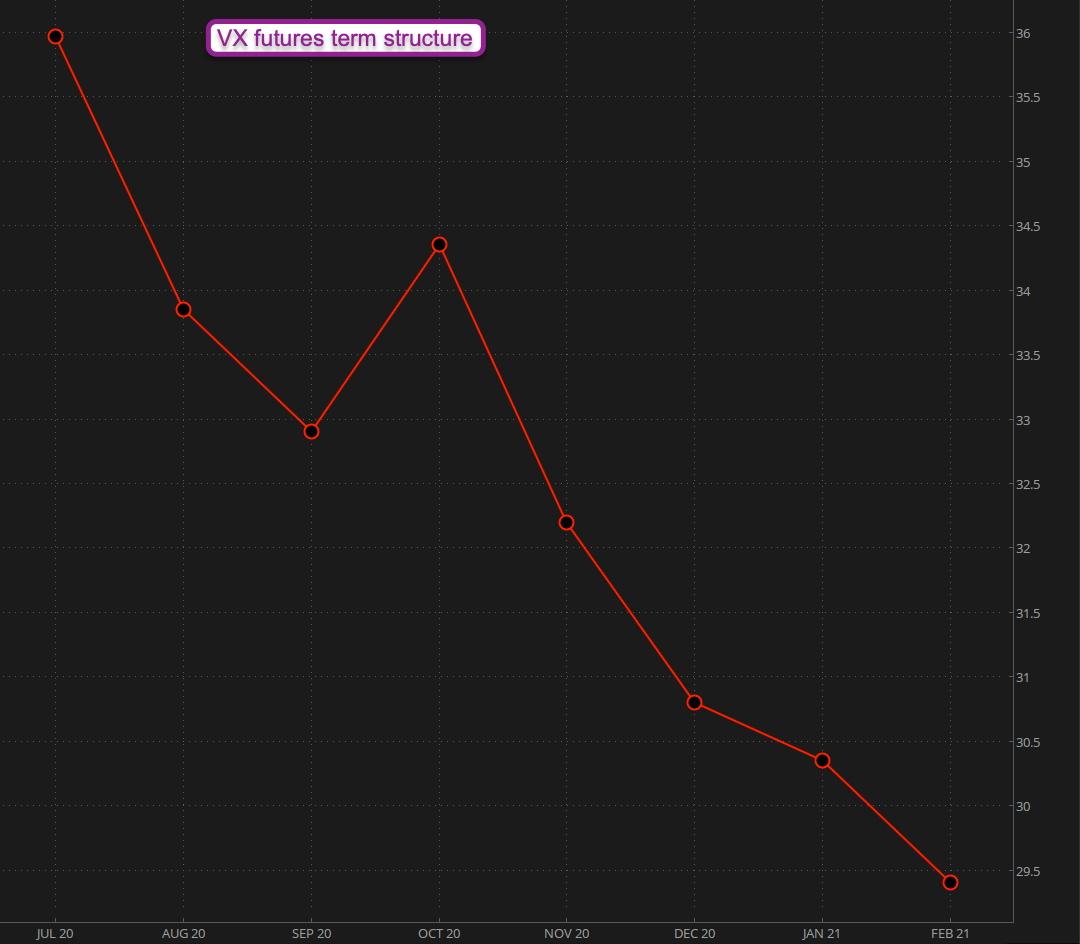 I spoke about the VIX Shark Fin formation the other day and  although it’s still there we now observe a massive steepening of the backwardation in the VX term structure. 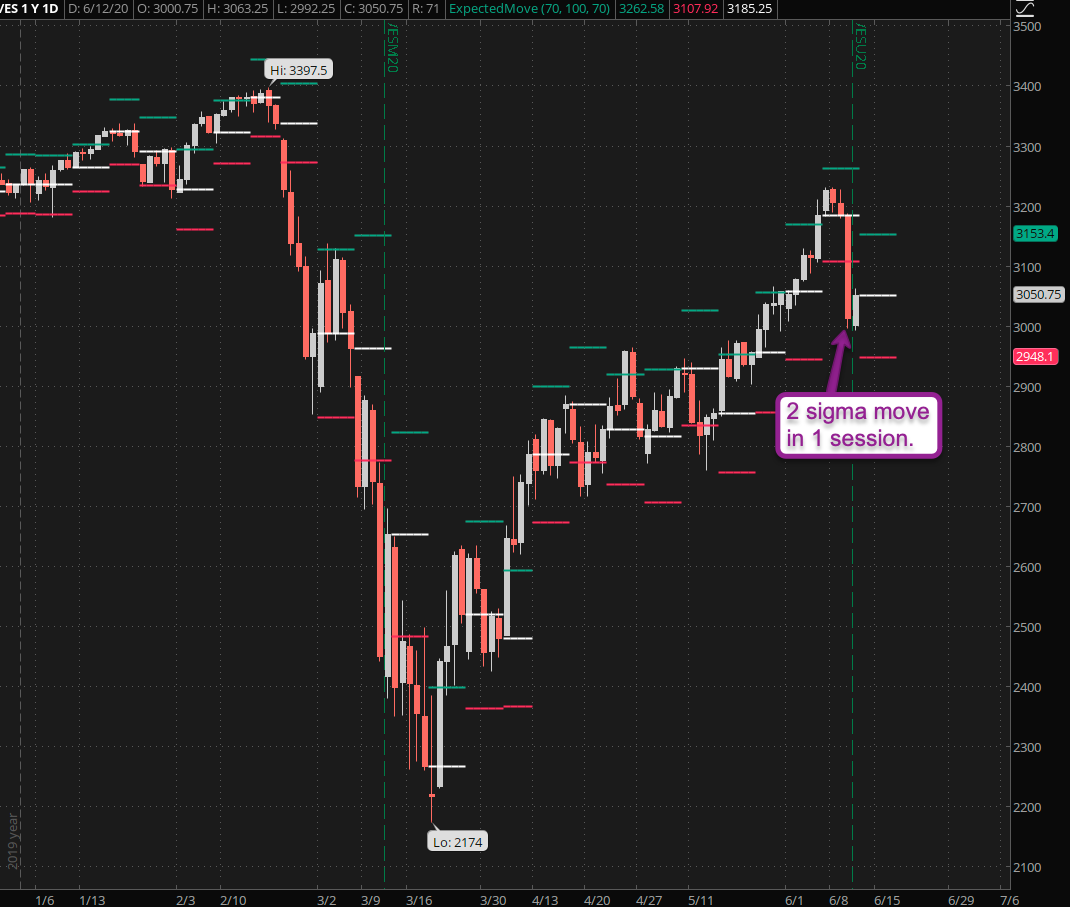 The E-Mini futures effectively painted a 2 standard deviation (or 2-sigma) move in one single session. But that’s nothing compared with what we’re seeing on some of the other indices…